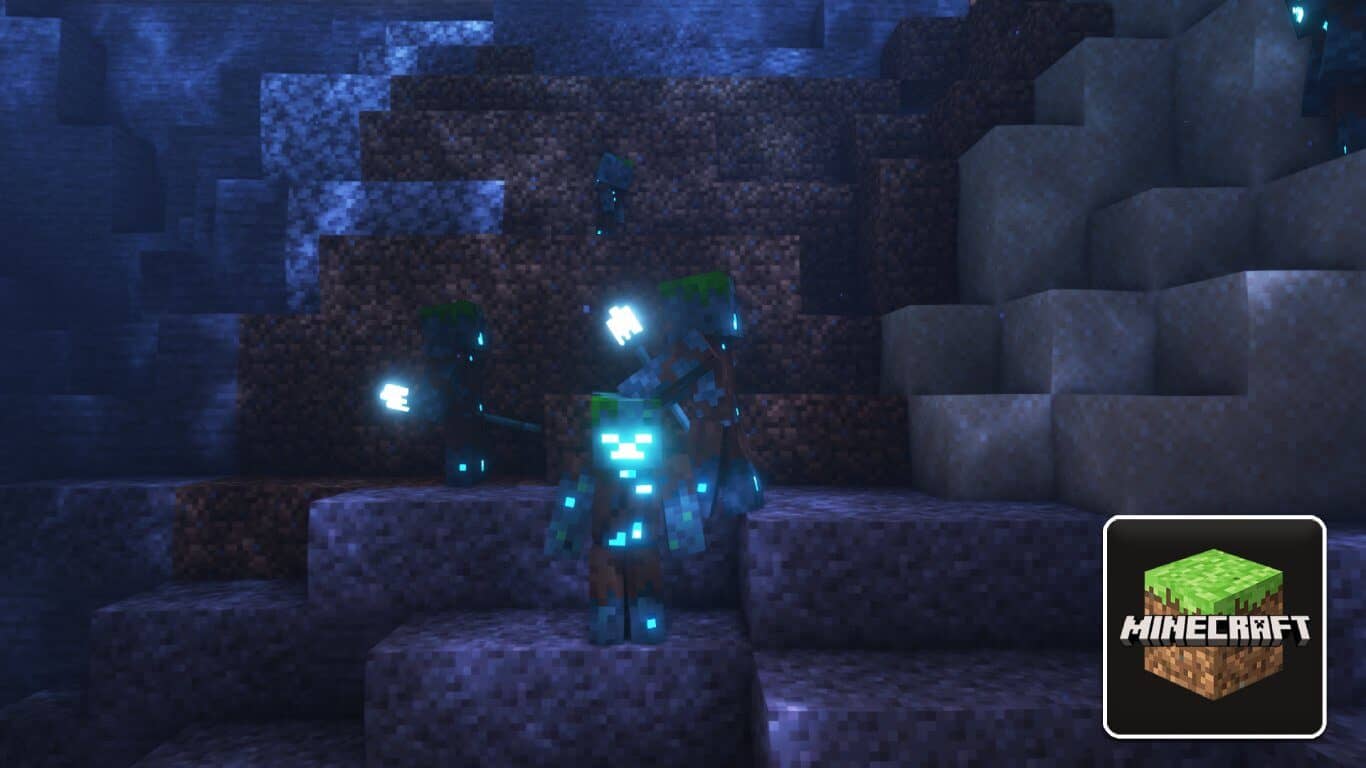 So you’re on a hunt for a trident weapon but don’t know where to get it? You’ve heard many folks talk about the drowned mob that can give you a trident when defeated. But is it true? And how to find them?

In this article, let’s see where to find the drowned mob in Minecraft!

Recommended Read: Minecraft – How to Open Two Doors With One Switch

The drowned mob can spawn naturally in any oceans, rivers, and aquifers in the dripstone caves biomes. While there are many other conditions for the drowned to spawn, two blocks tall water source is the essential criterion!

Where to Find the Drowned Mob in Minecraft

Drowned can spawn at low light levels, especially at a light level equal to 0. And because they’re the drowned version of a zombie in Minecraft, you can only find them underwater!

Drowned requires either 2 blocks of tall flowing water or full water blocks to spawn. When it comes to the ocean biomes, the drowned can also spawn 6 blocks below sea level.

The drowned tend to spawn more frequently in the rivers and dripstone caves biome, especially if there are no ocean biomes around. Why? Because the less space it has, the higher chance the drowned has to spawn.

While you’re on a dripstone caves biome, try to look for any dark submerged lakes. There is a high chance a group of drowned will spawn in it. (and glowing squids too!)

Another way to get drowned manually is to lure a zombie into the water. As long as the zombie’s head is submerged underwater for more than 30 seconds, it will begin transforming into a drowned.

However, if you’re planning to farm trident or nautilus shell, it’s recommended to find drowned that spawn naturally.

Drowned transformed from zombies do not carry any additional items and only bring the ones the zombie previously held.

Another great way to find drowned in Minecraft is to look for the ocean ruins structure! They can spawn in all ocean and beach biomes but are quite hard to notice.

Roaming around ocean ruins is definitely a great way to farm drowned. Since they spawn constantly and will not despawn. Unless you switch your game mode to Peaceful.

Is there a drowned spawner in Minecraft?

No, a drowned spawner is not a thing in Minecraft just yet. But with some Minecraft mods, you can make a simple drowned farm like other mob farms.

How rare is a drowned with a trident?

Drowned has a 6.5% chance to spawn with a trident on its hand (and up to 15% in Bedrock Edition). But to get them to drop a trident on death is another story, which can happen with an 8.5% chance.

Can drowned spawn in 1 block of water?

Drowned needs 2 blocks of water to spawn. Note that the block should form a column of water, not a 1 by 2 water source on the ground.

So that’s where to find the drowned mob in Minecraft!

While looking for them, remember that you can always build a massive water cage in the ocean biomes to farm the drowned. Build one if it’s fit your playstyle!

How to Open Two Doors With One Switch in Minecraft