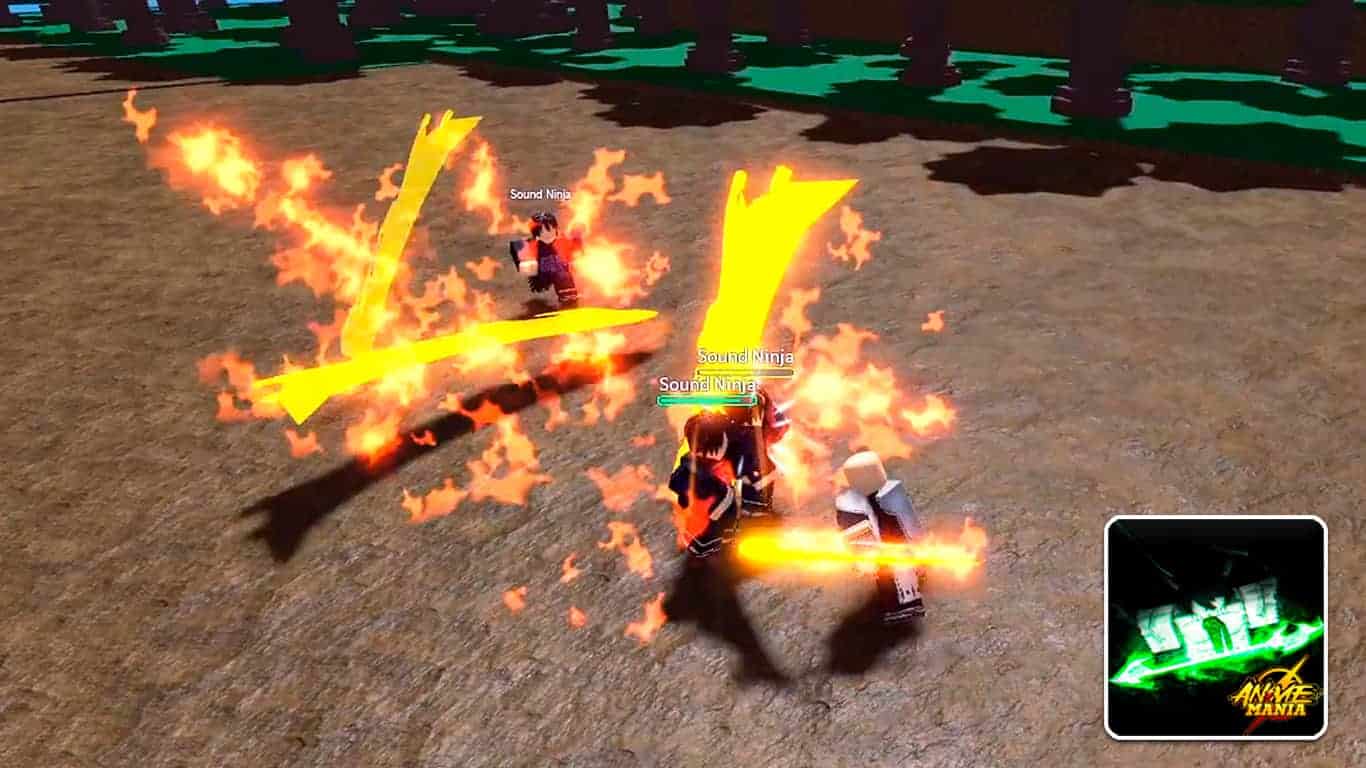 Anime Mania has quickly become a popular game in Roblox.

In the game, you fend off enemies using characters from popular anime shows, summon to improve your selection of characters, upgrade your characters, and more.

In this beginner’s guide, we give you the information you need about Anime Mania as a new player of the game.

What is Anime Mania

Anime Mania is a game in Roblox created by Anime Legends Studio.

In Anime Mania, you play as popular characters from different anime shows fighting against waves of enemies.

The game consists of different stories that contain levels, all of which is a series of waves of enemies and a boss at the end.

You get to test your skills and the abilities of your favorite anime characters in Anime Mania.

To play in Anime Mania, you first need to have at least one character to play.

You can get characters in Anime Mania by clicking the ‘Roll’ button in the button left corner.

Under the gems roll, which is the rainbow one, click ‘Roll’ or ‘Roll x10’.

This will give you one or ten random characters from the pool of characters you can see on the roll menu.

The selection of characters you can roll changes every hour.

After rolling one or more characters, click ‘Make Team’ on the right side of the screen.

This will open up the character window where you can see all your characters.

Click ‘View’ under the character you wish to add to your team, and then click ‘Equip’ on the right side inside that character’s page.

Choose either Equip Slot 1, 2, or 3, and the selected character will be added to that slot.

You now have a character on your team and are ready to play Anime Mania.

You can add up to three different characters to your team at once.

To start a game in Anime Mania, click the ‘Play’ button in the bottom left corner, and choose a story on the left side of the play window.

In the middle of the play window, you can see the currently selected level.

Once you complete a level, you unlock the next one, which can then be accessed by clicking the ‘Next’ button.

If you have just started playing the game, you cannot see the Next button as you have yet to unlock the next level.

Press ‘Create Room’, and a public room for that level will be created.

Up to three other players can join the room.

If you want to play with your friends, you can type in a code under ‘Code’ before you create the room, and players will have to type in that code to join the room.

If you just want to play yourself, then just press ‘BEGIN’ once you have created a room for a level.

The level will now begin, and you will get to choose between the characters on your team to play in that level.

You can change your character in the level after a couple of waves.

You can combine some attacks with jumping by pressing space at the same time, which will make it an ariel attack.

That’s the basics of how to play Anime Mania!

How to equip/use a character

When you first start playing Anime Mania, you’ll notice that your character is just a default model.

Before you can become a character, you need to equip it.

If you don’t have any characters yet, click the ‘Roll’ button and roll for one.

In the lobby of the game, your character will be the one that you have equipped in the first character slot of your team.

In levels, you can choose between the three characters in your team and switch throughout the level between certain waves.

There are a lot of unique characters to roll and play in Anime Mania.

Here is a complete overview of the characters in the game.

The higher the rarity of a character, the smaller the chance to roll it.

Here are the rates of rolling characters of the different rarities:

When you have gathered 45 pity count points, the next roll you do is guaranteed to give a legendary character.

Therefore, if you have 45 pity count points, we recommend you wait till the legendary character currently in the pool is one that you want to use.

Best characters to use

With so many characters in the game, all with a unique set of skills, you might be wondering what characters are the best to use in Anime Mania.

In short, these are some of the best characters in the game:

You can find more information and other great characters in our Anime Mania tier list.

The above-listed characters are all very powerful and are sure to make your time progressing a lot easier.

Even though you can use most characters in the game, some are very weak, and some, like the ones above, are just much stronger than the average character.

Therefore, we recommend you aim to get and upgrade the best characters in the game.

Redeem codes for gems and gold

Gems and gold are the two currencies of Anime Mania.

You need gems to roll for regular characters that you can use in battle.

You need gold to roll for fodder characters that you can use to upgrade your regular characters.

One of the easiest ways to get gems and gold in Anime Mania is by redeeming all the currently active codes.

Check out all active codes in our Anime Mania codes list.

There are usually a bunch of codes to redeem, which will net you a hefty amount of both gems and gold.

That’s everything you need to know to start playing Anime Mania in Roblox!

If you have any input or suggestions for this guide, then let us know in the comment section below.