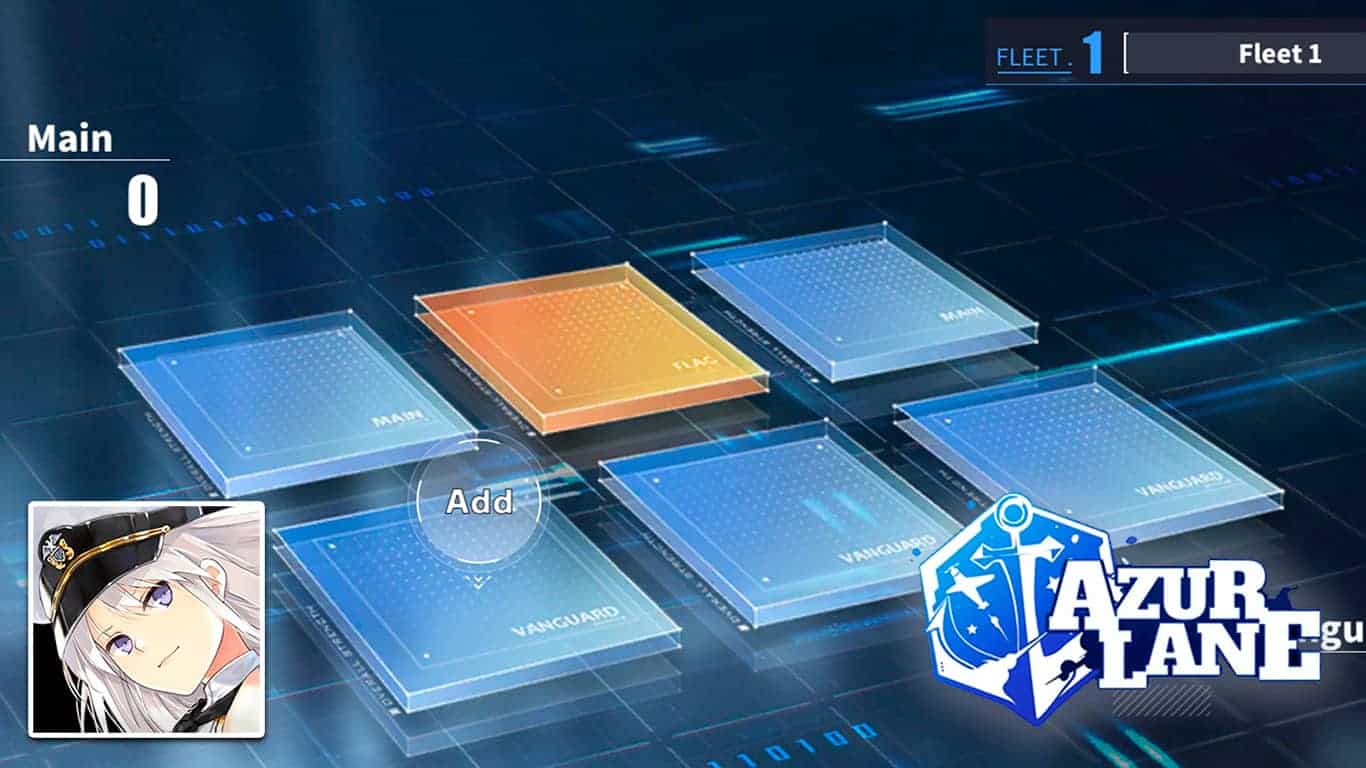 Building the perfect fleet in Azur Lane is an everlasting process with new ships being released occasionally and tweaks happening every so often.

With so many unique ships in the game, there is always something new to try out.

Even though there may not be a single perfect fleet in Azur Lane, there are a couple of things you should consider when building your ultimate fleet.

In this guide, we cover which things are important about the composition of your fleet in Azur Lane.

Here is a short rundown of all the things you should consider when building your fleet in Azur Lane.

First of all, having a variety of ship types will help you create a balanced fleet with damage, defense, and support.

Having different ship types will prepare you for all enemies because you’ll be able to bring a variety of weapon types like high single target damage, AoE, and air damage.

Oil efficiency is a topic often discussed by players of Azur Lane as the resource is so valuable.

Having a fleet consisting of ships with a low oil cost and thereby high oil efficiency will help you immensely in terms of progress and farming.

Because most of the strongest ships have high oil costs, many players try to bring a balance of high and low oil cost ships.

There are several different ship types in Azur Lane, all of which impact the stat distribution, weapon slots, and playstyle of the individual ship.

To ensure you have enough damage, defense, and utility in battle, you should aim to build a fleet with a balance of ship types.

You need to have sufficient defenses not to get taken out by burst attacks from the enemy, but you also want to have enough damage so they can’t out sustain you.

Having at least one support ship can significantly improve the rest of your fleet.

In your main fleet, also known as the backline of your fleet, you want to have at least one Battleship or Battlecruiser and one Aircraft Carrier.

In your Vanguard, you should bring at least one Cruiser and one Destroyer.

Destroyers have high burst damage but are very squishy.

Cruisers, on the other hand, have a lower damage output, but it is much more consistent, and they have higher defenses.

Therefore, you should bring both to have a balanced frontline that is able to burst down powerful foes in need, but also chip away at tanky enemies and withstand their attacks.

To maximize your chances of defeating your enemies in Azur Lane, you need to bring an array of different weapons.

Having an arsenal of different weapons is almost guaranteed to be achieved by simply having a variety of ships on your fleet, as ship types heavily influence the weapon slots of ships.

The reason why you want to have different weapon types on your fleet is that each of them is superior in different situations.

Let’s look at each of the major attack types and where they rule superior.

When you’re facing enemies that send tons of ships toward you at once, it can be difficult to take them all out in time because they are spread out.

In such a situation, airstrike attacks are extremely useful as they can hit everything with their AoE.

The last battle of each stage features at least one boss, which has a ton of HP.

To take out these bosses before they take out your fleet, you need a lot of damage, which is why salvo attacks from Battleships and Battlecruisers are essential.

Salvo attacks have little area of effect, which means they won’t be much help if the enemy sends tons of ships at once.

However, against a single enemy with a lot of HP, salvo attacks are your best option.

Lastly, torpedo attacks are great at bursting down enemies.

If you quickly move right up to an enemy ship, you can hit them with every single torpedo which is guaranteed to deal a bunch of damage.

If you find yourself in need of AoE damage, move your ship away from the enemy and fire your torpedo.

In this case, your torpedos will split up before reaching the enemy causing them to hit multiple enemies.

An oil efficient fleet is a term used by Azur Lane players to describe a fleet that has a low oil cost.

Having a low oil cost team is a major advantage when farming and progressing through the game as you can play many more battles with the same amount of oil.

Most heavy battleships/cruisers that can be a deciding factor in battle have the highest oil costs in the game, so they often aren’t on oil efficient teams.

You can quickly find yourself stuck on a specific stage if you are only using an oil efficient team.

Because of this, we recommend you have a backup high oil cost team you can use to take out powerful foes when you’ve farmed enough with your low oil cost team.

If you are only looking to build a single fleet, we recommend you try to keep oil costs in mind and balance high and low oil cost ships.

We’ve found this to be the optimal way to go about oil efficiency if you’re only looking to create a single team, want to have powerful ships, and don’t want all your oil used up instantly.

To give you some inspiration for building your perfect fleet, we’ve gathered a handful of top-tier fleets created by top players of Azur Lane.

This powerful and balanced fleet by WhiteCrow720 brings both serious single-target damage for bosses and AoE attacks for waves of enemy ships.

This fleet has both destroyers and cruisers for a balanced vanguard with both burst damage, defenses, and continuous damage.

Furthermore, Yukikaze is an amazing supportive ship that helps out the entire fleet.

If you’re looking to take down a strong boss with a ton of hp, then this fleet by Vieille Garde is sure to do the job.

With three high-damage battleships on the backline, each with a salvo attack of their own, you can’t get much more concentrated damage, which is perfect for bosses.

The vanguard features two cruisers and a destroyer, so the fleet does have some AoE damage with the torpedo attack from Yukikaze.

Once again, Yukikaze brings a lot of utility to the rest of the fleet.

A ton of AoE damage is exactly what you’re going to get with this fleet by Rorona that has two incredibly powerful aircraft carriers on the backline.

Any enemy who sends out a bunch of ships at once will have a bad time.

The vanguard of this fleet consists of three cruisers, which means this team has great defenses to sustain the enemy out.

Here is a fleet by Dazilla that no boss wants to face because of its arsenal of salvo attacks from the backline consisting of two battleships and one battlecruiser.

To support the backline and the rest of the vanguard, this team brings Yukikaze to battle, a ship with tons of utility.

The remaining two ships in the vanguard are both cruisers.

With these fleet building tips and examples of great fleets by top players, you are ready to build your own amazing fleet in Azur Lane.

If you have any input or suggestions you believe should be included in this guide, you can leave them in the comment section below.