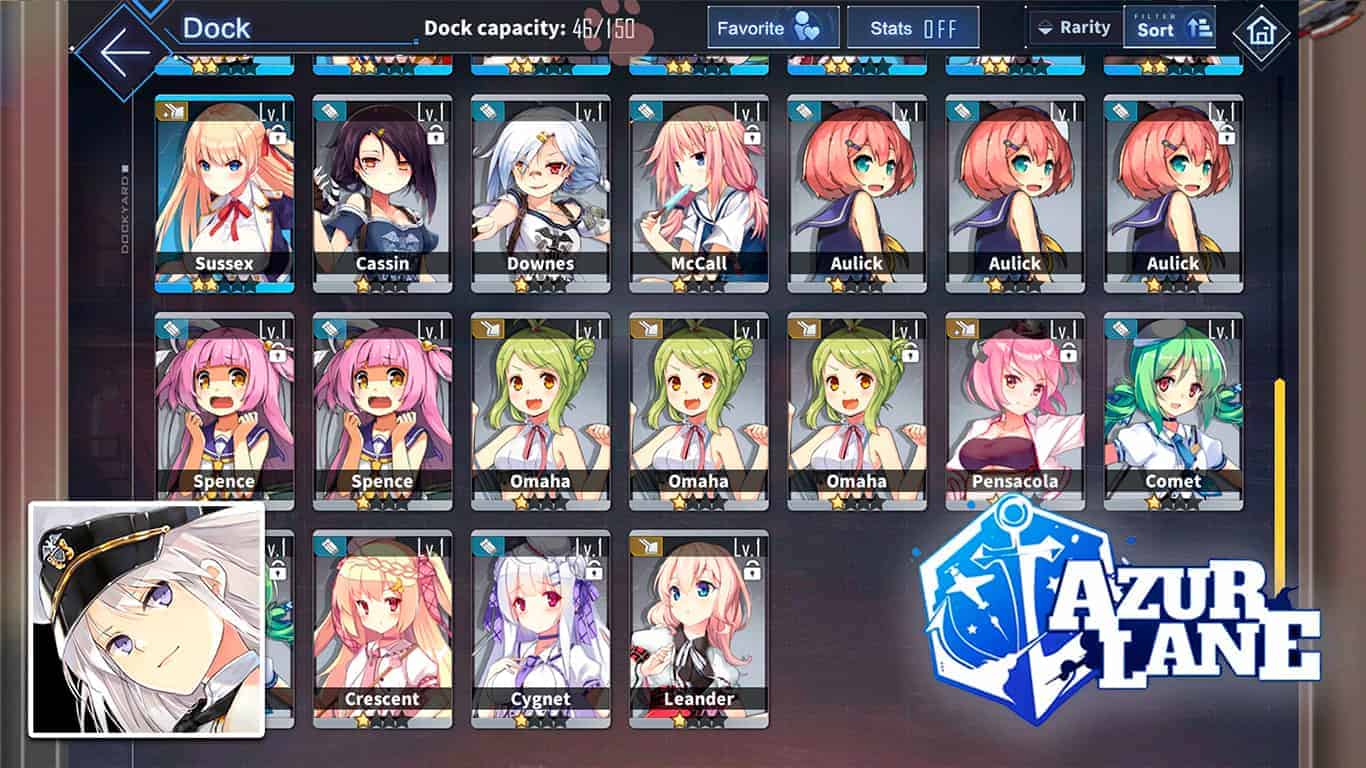 In Azur Lane, you get a lot of ships just from playing the game.

Stages, events, and missions are just some of the things that give you new ships all the time.

Because of the number of ships you get, the default 150 slots in your dock doesn’t feel like much, and you’ll probably find yourself with a filled up dock quite quickly, especially because you have to keep copies, Bulins, and Purins for upgrades.

Therefore, we’re making this guide to teach you how to delete ships in Azur Lane.

There are three different ways to delete ships in Azur Lane.

The first is by retiring ships, which can be done under the Retire tab inside Build.

The second way to delete ships is by using them as materials when enhancing another ship.

The third way is by using them as materials when limit breaking another ship.

Let’s take a closer look at each method to see the benefits of each method, to give you an idea of when you should use which method.

You can delete any ship in the game by using the retire-feature, as long as the ship isn’t currently assigned as a secretary and is unlocked.

You can see whether or not a ship is locked by going to your dock and looking at a ship’s icon.

If it has a lock symbol right below its level, the ship is locked.

To unlock a ship, select it, and tap Unlock in the bottom menu.

To retire a ship, go to the home screen, press the Build button in the bottom menu, and go to the Retire tab.

Here you’ll find all your ships that aren’t locked and aren’t a secretary.

You can select up to 10 ships that you want to retire at a time by clicking them.

Retiring ships give you coins, oil, and medals depending on the level and rarity of the ship.

You can see exactly what rewards you’ll get from retiring the selected ships at the bottom of the screen.

Before you retire ships because you don’t have any space, you should consider whether or not you need a specific ship as fodder for upgrades.

In most cases, it’s better to use a ship to enhance or limit break another ship, rather than retiring it.

However, if you don’t have any other use for a ship, or need medals, etc., go ahead and retire it.

If you find yourself in a situation where you can’t retire ships because you need them for later upgrades, but still have no more slots in your dock, consider buying more dock capacity.

You can learn more about buying more dock capacity in our guide on how to spend your gems.

Enhancing ships is one of the many ways you can upgrade the power of your fleet.

To enhance a ship, you need to sacrifice ships.

This makes enhancing ships one of the three ways to delete ships in Azur Lane.

Enhancing ships not only gest rid of ships and thereby clears up your dock capacity but also boosts the stats of the ship you are enhancing.

Therefore, we generally believe you should enhance other ships instead of retiring if you wish to get rid of ships.

Unless you, of course, need the resources you get from retiring ships.

You can learn more about enhancing ships and the benefits of it here.

When you’re ready to delete ships by enhancing, open up your dock and select the ship you wish to enhance.

Go to the Enhance tab in the left-side menu and press the empty slots under Materials on the right side of the screen.

Here you can select the ships you wish to delete in exchange for exp toward stat boosts for the selected ship.

After selecting the ships you wish to delete, you can see the effect your sacrifice will have on the selected ship’s stats.

For example, in the image below, my Repulse will level up its FP and RLD stat once based on the selected materials and the exp they give.

If you’re happy with your selection, press Enhance in the bottom right corner.

The final way to delete ships in Azur Lane is by, like with enhancing, using ships as material for limit breaking.

Limit breaking is another way to upgrade a ship, which increases the star level of the ship, its stats, as well as its maximum level.

Limit breaking is not as effective a way to delete ships as others, as you can only use copies of the same ship, Bulins, or Purins as materials.

Furthermore, we recommend you don’t limit break as soon as you get the materials for it, as it increases the oil cost of the ship you limit break.

At some point, however, you do want to limit break a ship, in which case it’s the perfect opportunity to get rid of Bulins and Purins as their very purpose is to be used as fodder for limit breaking.

You can read more about when to limit break and upgrading in general in our guide on how to upgrade ships.

Like when enhancing ships, you can limit break a ship by selecting it in your dock and going to the Limit Break tap in the left-side menu.

Under the stats section, you can select the materials – ships you want to use as fodder.

When you’re satisfied with your choice, click the Confirm button in the bottom right corner to limit break the selected ship.

That’s all you need to know about how to delete ships in Azur Lane.

If you have any input or suggestions for this post that you believe other readers should know, you can leave it in the comment section below.