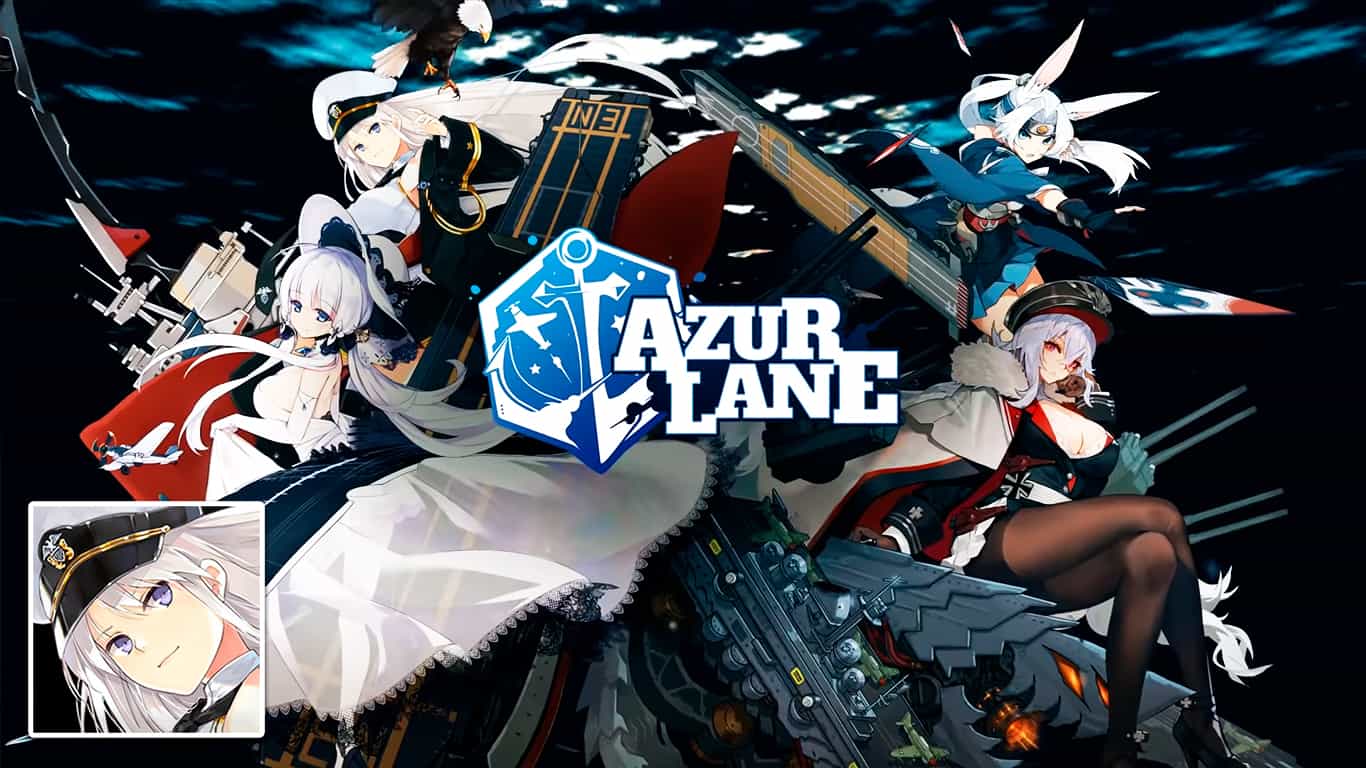 Azur Lane is a popular action RPG mobile game in which you battle enemy fleets with your own.

As the main way of acquiring new ships, which are the characters/heroes of this game, is through a random building process, Azur Lane falls under the gacha games category.

Compared to other gacha titles, Azur Lane is a much more active game as you control some of your fleet, dodge enemy attacks, and aim and fire your own abilities.

When you start your journey in Azur Lane, things can be overwhelming.

There are a ton of different things to do, ways to upgrade your ship, get resources, etc.

Because of this, many players might feel they miss out on crucial features of the game that can help their fleet.

Therefore, we’ve put together this guide going over the main features of the game, as well as important tasks we believe you should know.

In Azur Lane, you’ll be spending most of your time on the battlefield.

The main part of the game is to progress through the campaign by completing stages that contain several battles each.

When you enter a stage, you move your fleet around a map of tiles looking for the final battle, which contains a boss.

When you complete the battle that contains a boss, you beat the entire stage.

However, as you’ll have to complete many battles before reaching the boss stage, you need to have a strong fleet that can survive the initial battles and then have enough strength to take down the boss.

In battle, you control three of the ships in your fleet, the so-called vanguard, which are the three ships on the frontline.

You can move these three ships around using the joypad to avoid enemy attacks and position yourself for when you attack the enemy.

Not all ships in the vanguard have special attacks. Those that do have a torpedo attack that spreads out from its point of fire.

Almost every ship on the backline, however, has a special attack – either an airstrike or a salvo attack.

Because enemies rarely come close enough to the backline, also known as the main fleet, they don’t often attack using their main gun, the automatic attack.

Instead, most of the damage from the backline comes from their cooldown-based attacks – airstrikes and salvo attacks, which you control.

Even though the main fleet’s primary source of damage is cooldown based attacks, they often do way more damage than your vanguard in battle.

Besides battling on the sea in Azur Lane, a big part of the game is to collect new ships.

There are several ways to do so, including the building system, which is the equivalent of summoning in other gacha games.

You can learn more about how to ships in our guide on how to get more ships in Azur Lane.

Compared to other RPG games, there are quite a few different and special stats in Azur Lane.

In most cases, you’ll only see a shortening of these stats when upgrading your ship, etc., so it can be confusing what they actually mean and do.

Therefore, we’ve put together this overview of all stats in Azur Lane, their meaning, and what aspect of battle they affect.

HP, also known as health, is pretty straight forward, it dictates the amount of health a ship has in battle.

Armor Type is the second stat you’ll find under the details page of a ship.

It won’t say armor type, it’ll just tell you which type of armor that ship has such as Light, Medium or Heavy.

The heavier the armor type of a ship, the more defense it has in battle.

RLD, also known as reload, is the fire rate of a ship.

It dictates the rate at which a ship is able to fire its weapon.

The reload stat covers both the automatic main gun and the cooldown-based attack, which means the cooldown of special attacks decreases as a ship’s reload stat increases.

FP, also known as firepower, is the as the name describes the firepower of the ship.

More specifically, this stat determines the damage of artillery skills.

The higher the firepower, the more damage your ship deals with artillery attacks.

The higher the torpedo stat of a ship, the more damage it deals with torpedo attacks.

EVA, also known as evasion, determines how likely a ship is to evade an enemy attack.

The stat isn’t a percentage, so a ship with 55 evasion doesn’t have a 55% chance to evade an enemy attack.

Instead, it’s just used in the calculation that determines whether or not you evade an attack.

AA, also known as anti-air, determines the amount of damage a ship deals with anti-air weapons.

The higher the anti-air stat, the more damage a ship deals with anti-air attacks.

AVI, also known as aviation, determines the amount of damage a ship deals with airstrike attacks.

The higher the aviation stat, the more damage a ship deals with aerial attacks.

Cost, also known as oil cost, is the amount of oil a ship costs to bring to battle.

As oil is a valuable resource in Azur Lane, a lower oil cost is preferable in many situations.

Heavy, powerful ships, which you need later on in the game, have a higher oil cost, so you shouldn’t discard a ship just because it has a high oil cost.

Instead, make a fleet with low oil cost ships you can use for farming.

The higher the anti-submarine warfare stat, the more damage a ship deals with attacks against submarines.

LCK, also known as luck, is a special stat that influences a ship’s chance to hit enemies and deal critical damage to enemies as well as avoid enemy attacks and avoid critical attacks.

ASR, also known as attack/support range, is how far a submarine or support ship can move from its current location.

By pressing this stat in the details page of a ship that has an ASR stat, which not all does, you can see exactly how it can move from its location.

OXY, also known as oxygen, is a stat for submarines that determine how long they can stay underwater before they must resurface.

AMO, also known as ammo, is another stat exclusively for submarines that determines how many a submarine can either attack or support in battle.

In Azur Lane, there are more than 250 unique ships you can acquire and put on your fleet.

You won’t have enough resources to upgrade all of these ships if you got your hands on them or just those that you do acquire for that matter.

Therefore, we recommend you focus on great ships that’ll be useful for a long time if not forever.

To give you a better idea of which ships are great for your fleet and are thereby worth investing resources into, we’ve created a best ships tier list.

A ship doesn’t have to be considered S-tier for you to pour resources into it, but it can be a great idea not to spend a lot of resources on a ship that won’t be of much use later on.

Specific resources that you might want to save for really good ships include bulins for limit breaking, retrofit blueprints, and tier 3 gear parts as they can be difficult to farm.

You don’t have to worry about enhancing ships using other common ships as they can be farmed easily.

A great way to make sure you do crucial tasks in the game, which helps you progress through the game and get useful items and rewards, is by completing missions and quests.

You can find all your current missions by pressing the Missions button in the bottom menu on the main screen.

For great rewards, look at the Side, Daily, Weekly, and Event mission tabs.

You should also take a look at your quests, which are located through the red button in the top menu of the main screen.

Here you’ll find special quests that give you resources, items, and ships.

Most of these quests are different to missions as they ask you to upgrade ships, which will help you increase the power of your fleet.

After battling for a while and beating stage after stage, you’ll probably find yourself stuck at a particular stage.

When that happens, it’s time to upgrade your ships.

In Azur Lane, there are a bunch of different ways to upgrade your ship, including enhancing, limit breaking, retrofit, and giving them gear.

Most upgrades are just fine to do as soon as you can, but limit breaking, for example, shouldn’t be done just because you can, as it increases the oil cost of the ship.

By playing Azur Lane, you’ll quickly figure out that there are a lot of different resources to collect and farm in the game.

You will get a lot of them from simply playing the game, but there are specific methods to get the resources you need at the moment.

To learn how to get every resource in the game, check out our guide on how to get all resources in Azur Lane.

Even though you get a bunch of resources from playing, we still recommend you actively try to farm some of the most valuable resources like oil.

Another thing concerning resources that you should take advantage of is production.

In the Academy located in the HQ, you have both a Canteen and a Merchant, which produce oil and coins, respectively.

Be sure to claim both of these before they reach their maximum capacity as well as upgrade them whenever you can.

At the beginning of the game, it doesn’t really matter which ships you bring to battle, and you’ll probably be able to beat most stages anyway.

However, later on, as stages become difficult, and there are a lot of battles before the final boss battle, you need to start building a strong fleet.

All ships belong either to the backline, known as the main fleet, the vanguard, which are the ships you control, or the submarine fleet.

There are different types of ships within each of these positions, all with their own strengths, set of attacks, and playstyles.

The balance between these types is a major factor in the power of your fleet.

Furthermore, some ships simply are better than others at the role they fill, so go for some of the stronger ships if you have those.

We’ve put together an entire guide on the subject of building your fleet as well as actual examples of top tier fleets built by the best players of Azur Lane.

Learn more in our guide on how to build the best fleet in Azur Lane.

That’s everything you need to know to get a great start in Azur Lane.

With these tips & tricks, you are ready to progress through the game, build a great fleet, and gather resources.

If you have any input or suggestions you believe should be included in this guide, you can leave them in the comment section below.

What To Spend Gems On – Azur Lane