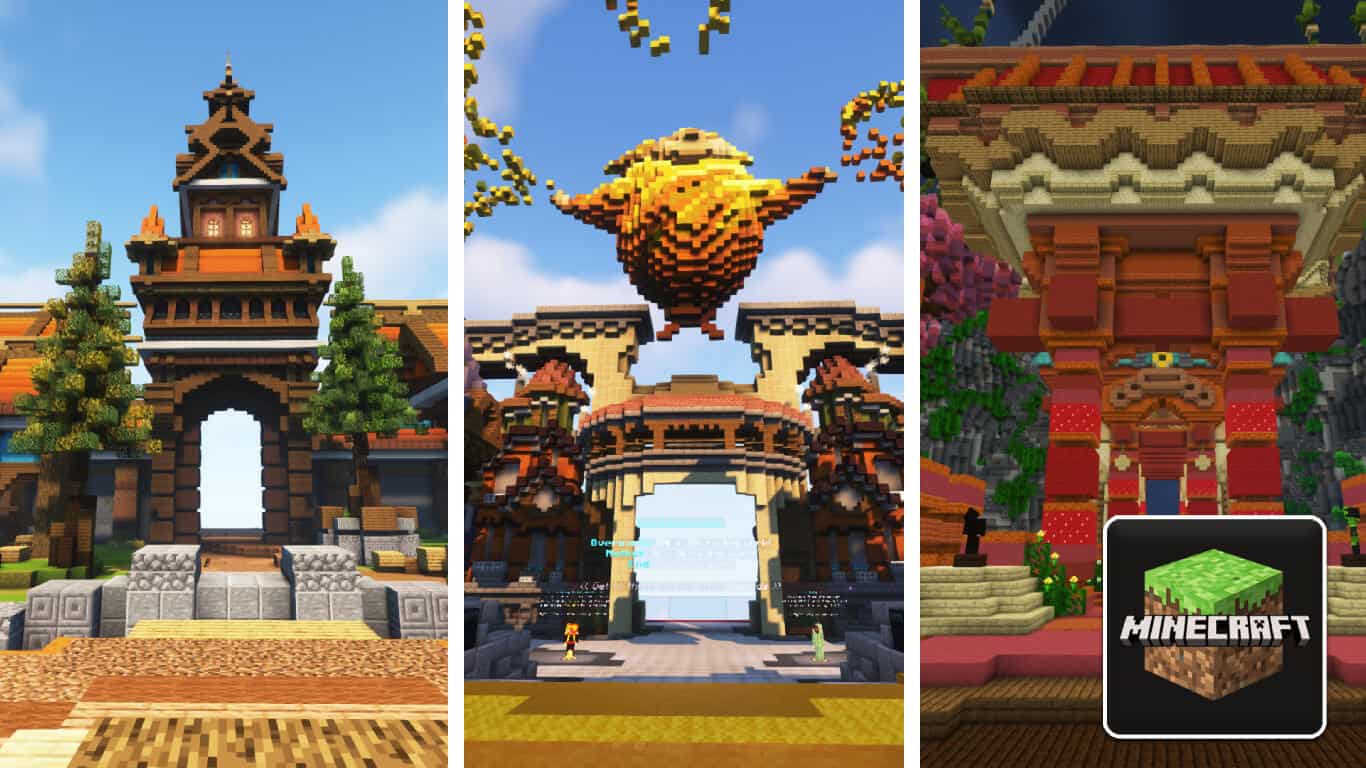 Minecraft faction is no longer an unfamiliar term for any Minecrafter out there. You grind and gang up with other people to create a powerful clan with only one ultimate goal, to be the wealthiest faction in the server!

Nowadays, there are a lot of Minecraft faction servers that appear from nowhere, and it’s important to find a great faction server to play, especially if you want to devote yourself to your clanmate.

That’s why today, we’ll introduce the best 6 Minecraft faction servers that are fairly new and interesting to play. Let’s go!

We won’t cover already popular servers like Archon, Manacube, or MassiveCraft since you may already know them. Instead, we’ll cover Complex Gaming, JartexNetwork, BlockDrop, MineMalia, InsanityCraft, and MineBerry. They all have cool features that can take you months to grind for!

In most Minecraft faction servers, you will need in-game money to increase your value as well as your gears. This way, you can join some big factions (or you just have to work hard and farm all day).

Most of the time, the ranking for a faction is based on the total money in the bank of that specific faction. Sometimes, it can be the number of chunks claimed or the total number of members. But in general, it’s always about wealth!

Complex Gaming is famous for its modded Minecraft since you can literally play Pixelmon in 11 different worlds. But that’s not the reason you’re here, right?

Factions in this server are divided into 3 different worlds: Inferno, Aqua, and Spark. And each world contains 3 dimensions:

Like most other Minecraft faction servers, you will have a money system where you have to sell stuff or farm mobs for money, a voting system to get random rewards, an auction to sell and buy unique items, cosmetics, and tags to show off your dedications, and more!

Other unique features worth mentioning:

So let’s start things off with your iron gears and explore the world now! Please note that PVP is enabled in all worlds so make sure you stay hidden and don’t go outside too much. You better join a faction as soon as possible for their protection!

JartexNetwork is a diverse Minecraft server with a lot of game modes!

The first impressive thing on Jartex is the starter gears. You have fully enchanted iron armor, diamond tools, food, blocks, torches, and even some potions to start things off easier.

Not only you can grind money to contribute to your faction, but you can also do faction missions – which can increase your faction’s level. Besides that, you can unlock faction perks to gain advantages over other factions.

Besides three dimensions, there is a special area in the overworld called “The Dark Zone”, in which you can’t use commands or ender pearls. Your only goal is to kill mobs for unique drops to sell in the shop.

Moreover, bosses spawn every hour in this zone and the top 5 damagers will receive a boss loot bag, which will contain a lot of powerful items!

In faction mode, there are 3 worlds for you to explore:

If you want to have an overpowered beginning, BlockDrop is the best choice since the server provides you full diamond armor with Protection IV and Unbreaking III enchantments. In addition are full diamond tools with some food to start your journey!

Feel free to roam in the wide world of BlockDrop and increase your faction’s rank. You will be on top in no time!

Not only comes with a great spawn for the Faction game mode, but Minemalia also supports a lot of features included in other Minecraft faction servers like:

The special thing about Minemalia is the McMMO plugin! You can level up different skills to make your life easier such as mining, digging, combating, and more!

To start your journey, you only have enchanted iron tools, armor, and some food. So if look for a simple server to start with, Minemalia is the one!

Like other faction servers, you will notice some familiar features like the ranks system, which you can buy using your in-game money. With each higher rank, you can set up more homes, sell more items on the auction house, and have better daily kits.

Other than that, InsanityCraft has its own unique features:

If you’re new to the server, there is a cow grinding at the spawn for you to get free beef and leather. This is also a great place to farm McMMO combat skills!

Looking for a fresh Minecraft server to play faction? We’ve got you covered with Advancius Network!

Not so fancy as other servers, you start with only leather armor and stone tools. But don’t be discouraged because you will be provided 7 crate keys to test your luck!

With a humble world size, you have to compete to claim the best area for your faction. Also, since the End dimension is quite large, you can loot more chests in end cities without worrying too much!

The special about Advancius is the gem currency! You farm them by killing monsters and bosses in various dangerous dungeons, which can be used to buy overpowered items later on.

So that’s the 6 best Minecraft faction servers for today. Let’s get things ready and start grinding!

Have you played any of them? And which one is your favorite so far? Let us know!

Minecraft – How Many Biomes Are There in Total?

Minecraft – What Is Crying Obsidian Used For?