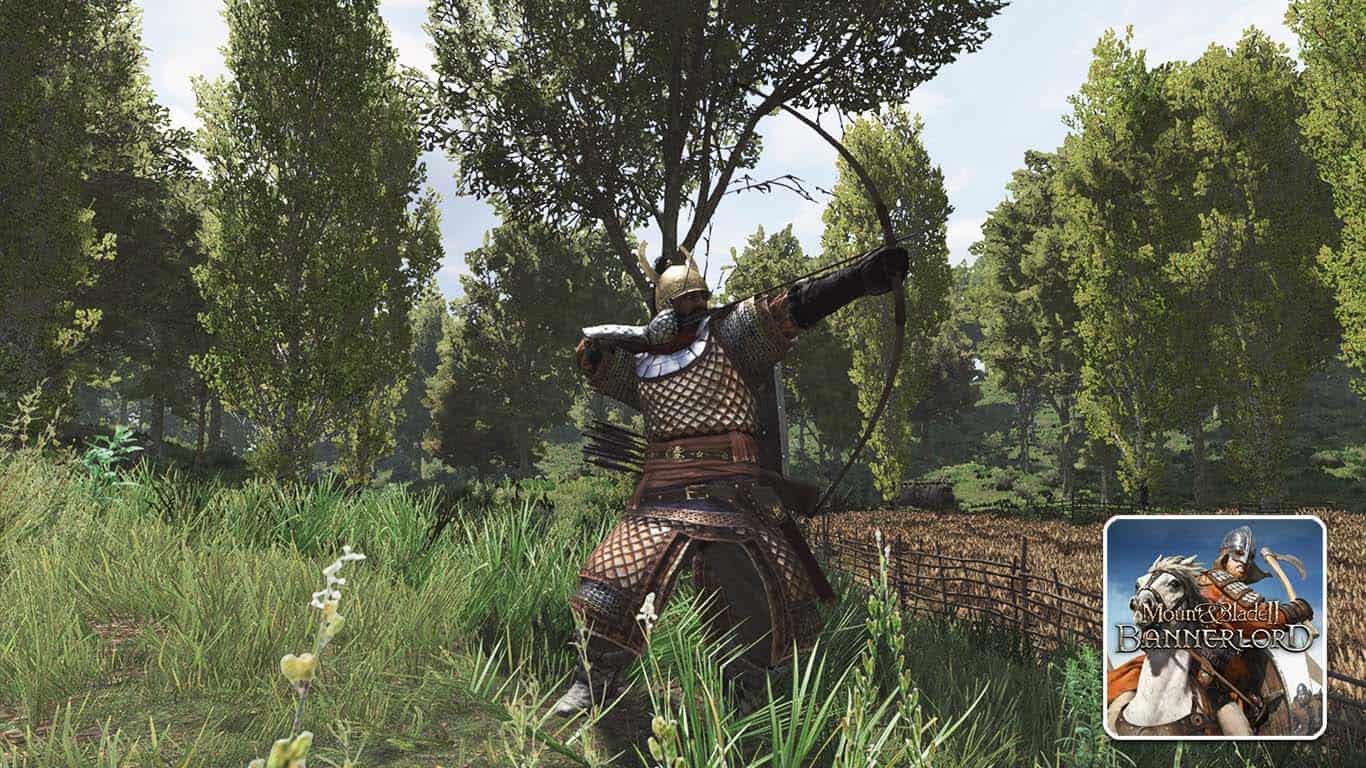 Before infantry and cavalry clash, archers decide the flow of the battle. With their powerful arrows, they can take out some of the most impactful troops before they even have a chance to shine.

In Mount and Blade 2: Bannerlord, archer units are incredibly powerful since they can shoot like snipers and kill like monsters.

With incredibly powerful bows and crossbows, a good squad of archers can change the whole flow of any battle.

So, we need to see exactly which ones are the best of the best. Here are the best archer units to use in Mount and Blade 2: Bannerlord, ranked in a tier list.

All the troops listed will be the final tier of their troop tree. This is why you will mostly see tier 6 and 5 troops ranked.

These are the finest archer units in Bannerlord, from best to worst:

The Battanian have some of the worst troops in most categories. However, when it comes to ranged archer units, the Battanians have the cream of the crop.

The Battanian Fian Champion is a Tier 6 archer with a lot of arrows and a two-handed sword to destroy enemies in close combat as well.\

They have the highest Bow stat in the game (260), which is huge compared to the other troops on this list. It also has the best armor rating and the best close-combat weapon out of all of the ranged units in Bannerlord.

If you love foot archers, then the Battanian Fian Champion should always be a part of your army. There is no one that can compare.

Following the Battanian Fian Champion, most archer units might seem underwhelming. However, the Aserai Master Archer is actually a very good troop and can be more easily obtainable due to its lower tier.

It has a really good Bow skill (160) and wields a powerful bow that can deal 62 pierce damage. Its gambestone is decent and will protect it from most attacks as well.

The Aserai Master Archer is a good choice for anyone that spends most of their time in Aserai lands and wants some troops to keep the cavalry away.

The Imperials always have really good troops. Their culture can dominate all of the others quite easily, considering the units they have at their feet.

This is no different for archers, as the Imperial Palatine Guard is an amazing ranged unit for your party.

Their Bow skill is 140, which is lower than the Aserai Master Archer. However, their armor is really strong, and their bow deals 66 pierce damage.

Since they are sturdier than the Aserai Master Archer and can deal more damage, they deserve the same ranking, even with their lower accuracy.

Though this might be a bit controversial, the Veteran Sword Sister has to be the best crossbow-wielding unit in the game.

It has a lower damage output than the other crossbow troops in the game, but it has the best Crossbow skill rating (150), has a really good shield, and is the easiest to obtain.

Since you can get a tier 3 Sisterhood Follower from any tavern, you only need to get two upgrades to get the Veteran Sword Sister, allowing you to get your hands on many of these units fast.

If the Veteran Sword Sister had the damage potential of all the other crossbow units in the game, they would have been part of A tier easily.

Though we would love to put Vlandian Sharpshooters up a tier, their low amount of bolts is too much of a disadvantage compared to the other archers on the list.

Bowmen have an advantage over crossbowmen only because they have more missiles. This is why most crossbowmen have gotten such a bad rating in this tier list.

However, the Vlandian Sharpshooter can insta kill any enemy that it hits. Their 18 bolts will most likely get 18 kills if they don’t miss.

They also have really good close-range weapons, which allows them to dominate in sieges. This is why you should mainly use units such as the Vlandian Sharpshooters for defensive sieges.

Sturgians usually like to disappoint, and it is true for archers as well. Their Sturgian Veteran Bowman isn’t bad, but it isn’t impressive either.

It has a decent Bow skill (140), and it deals decent damage (52 pierce). However, this is really weak compared to the other troops of the same tier.

Since you are close enough, you would do better to get either an Imperial Palatine Guard or an Aserai Master Archer rather than this unit.

There is an advantage to the Sturgian Veteran Bowman, and that is their above-average armor rating.

The Khuzait have only one unit that can be considered the best archer in the game, and that isn’t the Khuzait Marksman.

However, since this is a list of the best archers, not horse archers, in Bannerlord, we will have to upset the Khuzait fans and give them a bad ranking on this list.

There aren’t many reasons that made us consider the Khuzait Marksmen to be average. It is more that they are not unique in any way.

Their bow is really good (62 pierce). However, their armor is really weak, and their close-range saber isn’t that good.

Also, it would be better to always strive to get Khuzait Khan’s Guards if you want to get an archer like the Khuzaits.

Crossbowmen are just not that good compared to normal ranged troops. The Imperial Sergeant Crossbowman is worse than most other crossbowmen, making it get a really bad spot in this tier list.

Imperial troops dominate Bannerlord. However, the Imperial Sergeant Crossbowman looks like it can take a hit or two, but it actually has below-average armor.

Combined with the fact that their crossbow is weaker than that of the Vlandian Sharpshooter, the Imperial Sergeant Crossbowman is just not the ranged unit you should get from the Imperial troop tree.

The Elite Hired Crossbow shouldn’t be considered the worst archer unit in the game, as it is very good in combat.

This is why the ranking ends at C, as there are no high-tier archer troops in Bannerlord that could be considered bad.

The Elite Hired Crossbow has really good armor, a very powerful crossbow, and bolts, and has the weapons to survive in close combat.

The only reason why the Elite Crossbow doesn’t get a better rating in this tier list is due to their high costs compared to the normal troops.

It would be better to get the Veteran Sword Sister if you really wanted to get mercenary crossbow units, as they offer more advantages overall.

That’s everything you need to know about the best archer units and their ranking in Mount and Blade 2: Bannerlord!