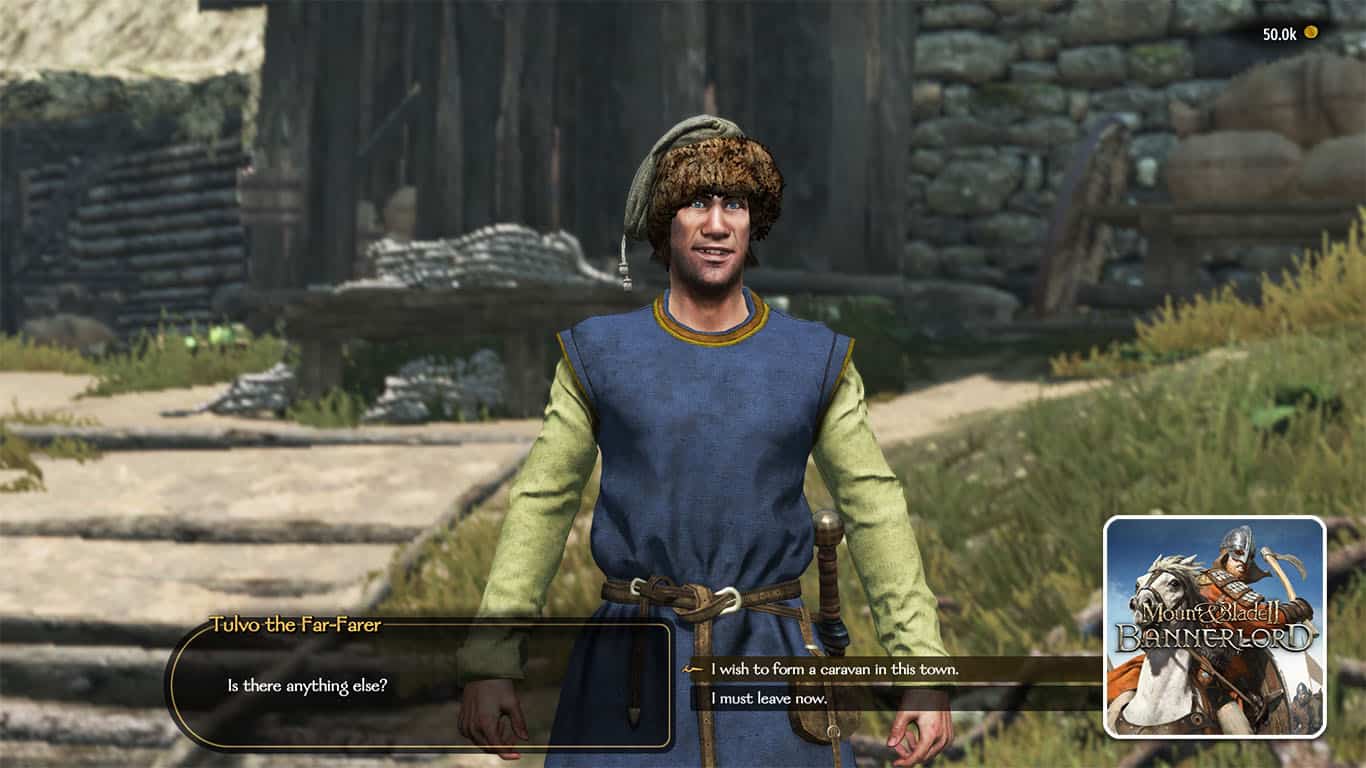 There are many ways to make money in Mount and Blade 2: Bannerlord, but there are two that will usually stand out and will be sought after by the players.

Opening workshops and starting caravans are the most obvious choices when it comes to making money in Calradia passively.

Recommended Read: How to Change Appearance in Bannerlord

The problem is that both are quite hard to understand sometimes, and they make no profit when they should be money-making machines.

Well, to get over that stump, here is an extensive caravan guide for Mount and Blade 2: Bannerlord to make you the richest lord in all of Calradia.

What is a caravan in Bannerlord?

A caravan is a small party of traders that travel from town to town in all of Calradia to buy and sell items to make a profit.

There are hundreds of caravans that are traveling around the map daily in Bannerlord even without your intervention.

What they do is create stability in most markets, as they make sure that items that are priced too high or low will be brought down or up.

How to start a caravan in Bannerlord

To start a caravan in Bannerlord, all you need to do is head into a town and talk to one of the notables that aren’t an outlaw.

Out of the options, select the “I wish to form a caravan in this town” option. You will have to either pay 15k denars to form the caravan or pay 22k to form a higher-tier party.

Though it sounds good to have better troops in the caravan, the leader of the party won’t replace high-tier lost troops with units of the same level.

This means that, in a year or two, the caravan will have the same troops as a normal caravan, making the initial extra 7k investment useless.

Once you select to start a caravan, you will have to select the leader of this party, which will be one of your companions.

There are only 5 skills that matter when selecting your caravan leader. Your companion will need Trade, Scouting, Riding, Tactics, and Medicine.

The priority for the skills is shown in their order. Trade is vital and is the most important one out of the bunch.

Medicine is a nice skill to have, but not vital, being the least important for a caravan leader out of those 5 skills.

If you are looking to recruit a wanderer just to lead a caravan, look for the skills listed above, prioritizing the first couple of skills.

Best place to start a caravan in Bannerlord

Depending on your circumstances, any place in Bannerlord is good to start your caravan.

At the start of the game, the economy of Calradia is crazy, as it fluctuates in every direction. After around 100 to 200 days, the economy will start to stabilize.

This is usually the moment when you should start a caravan, and where you start doesn’t matter that much since the party will travel all over the world.

If you are at war with a faction, it would be best to start your caravan as far away from them as possible.

Otherwise, you can start your caravan anywhere.

How to fix caravan not making money in Bannerlord

There are many factors that can influence how much money your caravan is making in Bannerlord.

Normally, a caravan should be able to make you at least 250 denars a day. If it isn’t, that means you are doing something wrong.

Starting more than one caravan from the same town

One problem many players face is that they start more than one caravan from the same town. This can instantly ruin all the chances of your secondary caravans making money.

Starting more than one caravan from the same town will result in the secondary caravans trading the scraps of the first one.

They will buy the same goods but at worse prices and will sell the same items for a measly profit.

Bad skills for your caravan leader

Another problem that can easily destroy your profit is having a caravan leader that doesn’t have the right skill set for the job.

Besides all other skills, Trade and Scouting are vital if you want your caravan to make money. Luckily, both skills will level up very fast for your caravan leader during their travels.

The worst thing that you can do if you want your caravans to be profitable in Bannerlord is to be at war.

Being at war allows powerful lords and ladies of the realm to raid and destroy your caravans if they stumble into them.

This is why skills such as Scouting and Riding are vital for caravan leaders, as they have to quickly get away from hostile forces.

However, no matter how fast they are, if there are more parties around, they will be caught, or they will waste a lot of time just running from them.

This means that caravans are only a profitable business when at peace. If you try to make money with caravans during wartime, make sure you start them as far away as possible from your enemy.

If you’re lucky, the caravan will spend its time in faraway lands while you deal with your enemies.

However, no one has time, while at war, to head to the other side of the continent just to set up a caravan and then head back.

So, if you want to successfully use caravans in Bannerlord, avoid war as much as you can. If you do, they will start making you even 1k denars a day.

That’s everything you need to know about caravans in Mount and Blade 2: Bannerlord!