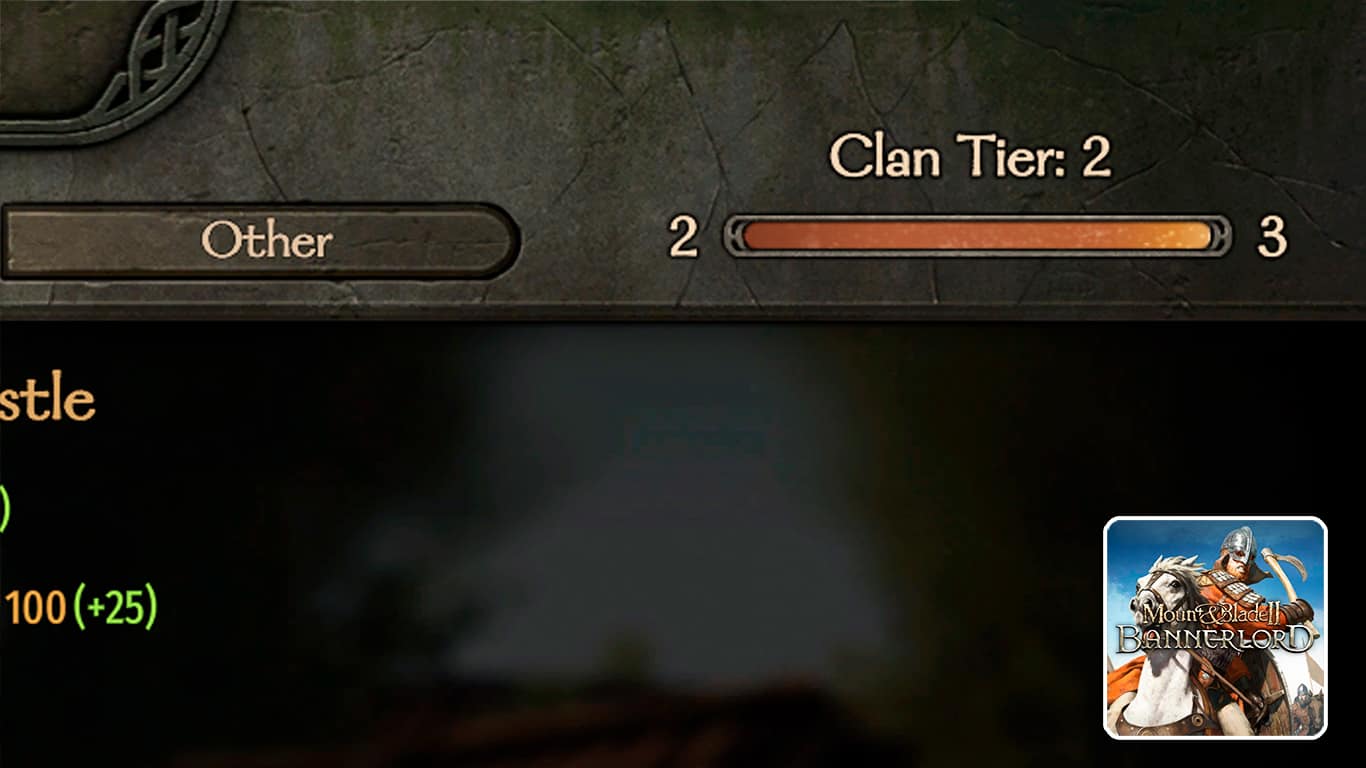 There are many important stats and modifiers in Mount and Blade 2: Bannerlord, but Renown, along with Clan Tier, will lock you away from various parts of the game.

Think of it as a level requirement in other games. Sometimes you need a certain level to enter a new region or fight various enemies.

Recommended Read: All Cheats and Console Commands for Bannerlord

In Mount and Blade 2: Bannerlord, Clan Tier will lock away various mechanics, such as becoming a vassal, or making your own kingdom, until a certain tier is reached.

So, to get over these puny restraints, here is how you can increase your Clan Tier in Bannerlord and how you can do it fast.

What are Clan Tiers in Bannerlord

When you start a normal playthrough of Mount and Blade 2: Bannerlord, you will always begin as a Tier 0 Clan.

As you progress through the game, you will slowly gain Renown, which, in turn, will promote you to new Clan Tiers.

The maximum Tier you can reach is Clan Tier 6, at which point you have unlocked everything the game has to offer.

Here is exactly what you gain and the requirements for each Clan Tier in Bannerlord:

Increasing Clan Tier matters very much on the point in your playthrough you might find yourself. If you are in the early game, 50 Renown probably sounds like a lot. Not so much at Tier 4, though.

There are two fun and quick strategies you can use when you are below Clan Tier 2 in Bannerlord:

If you want to be a Bandit Lord, all you need to do is rob villages and kill every single militia in there by yourself. If you are efficient, it shouldn’t take more than a few days to reach 150 Renown.

However, if you are more honorable, going around to every town in Calradia to compete in tournaments is a great way to gain Renown.

Also, if you become the tournament champion, you can also gain a bonus that will reward you with +1 daily Renown.

Both of these are great ways to get to Clan Tier 2 in no time. If you want a more detailed explanation of how you can use these strategies, you can find them right here.

This is when you want to start passively making at least 5-10 Renown a day. Yes, you can do that easily if you have a lot of money and a big army.

There are two things that you can do to increase your Clan Tier with ease at this point in the game:

At this point in the game, you are probably a vassal and have more than 100 troops with you. Great! All you need to do to get around 20-30 Renown is to fight huge battles.

You have to find and defeat armies of at least 400 troops, and you will consistently gain more than 30 Renown per battle. If you don’t believe this is easy, there is always another way:

If you get the level 125 Trade perk Artisan Community, you will gain +1 renown per workshop owned daily!

Now, if you know how to play Mount and Blade 2: Bannerlord, then there is no way that you won’t reach your workshop limit for every Clan Tier.

This means that you will always have at least 4 workshops making you money that could also be making Renown for your clan.

You can easily get at least 4 Renown per day by just owning workshops, which is an incredible deal. Combined with the occasional battles that you will surely have, you will reach Clan Tier 6 in no time.

That’s everything you need to know about how to increase Clan Tier in Mount and Blade 2: Bannerlord!