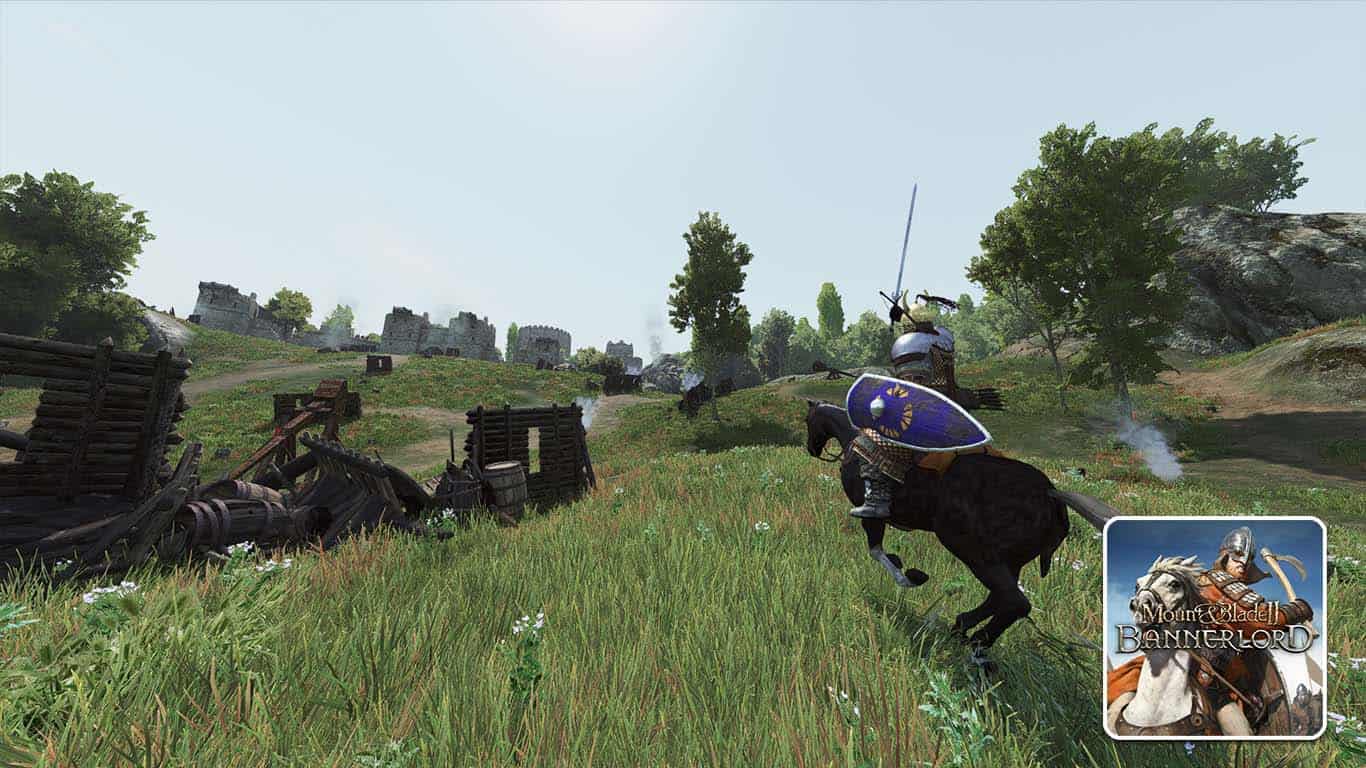 As you run around with your party around Mount and Blade 2: Bannerlord to either raid, conquer, or save the peasantry, you will notice that some troops around you move a bit faster.

Though this isn’t a problem at the start, the more non-horse-riding troops you get, the slower you get.

Recommended Read: Best Skills to Use in Bannerlord

Luckily, there are a few ways to fix this problem and get your party to move faster on the world map of Calradia.

We have listed a few ways you can fix your problems and increase your party speed in Mount and Blade 2: Bannerlord.

How Party Speed Works in Bannerlord

To see exactly what influences your party speed, you can press the arrow in the bottom right corner of the screen and check the icon with a horse next to some numbers.

There are many factors that can influence your party speed in Bannerlord. The most important one is the size of your army.

If you have a huge army of 1000 strong men, you will see if you check your party speed that the base speed is lower than it would be when you have 50 troops.

There is nothing you can do about your base party speed. Either settle for fewer troops or accept the lower speed.

However, there are some things that can increase (or decrease) your party speed even if you do have a 1000-troop army:

All of these things can influence your party speed in Bannerlord, and you will need to keep an eye out for them.

How to Increase Party Speed in Bannerlord

To increase party speed in Bannerlord, you will first need to get rid of the things that are bringing your speed down.

The first thing you should do is make sure that the weight of the cargo you have in your inventory doesn’t pass 50% of the maximum allowed weight. If it does pass 50%, you will start losing party speed on the world map.

Another rule to increase party speed would be to not hold prisoners over 50% of your troop count. If you have 100 troops, don’t carry more than 50 prisoners with you around, or you will be slowed down.

Also, make sure you don’t have too many herd animals, or you will slow down to a standstill. To check if the animals you have with you are affecting your speed, just check your party speed from the menu in the bottom right corner.

The last thing that could cause you problems are the terrains that you are taking your party over. If you walk through forests or snow, you will get a debuff to speed. You also get one during nighttime, but everyone does so it shouldn’t be a problem.

One good way to make sure your party speeds up in Bannerlord is to have a horse in your inventory for every troop in your party that isn’t mounted. By doing this, you will get the “Footmen on horses” buff, which will increase your party speed.

Another little buff you can get is from having high morale. It will increase your party speed while you manage to keep your troops happy.

The last thing you could do to increase party speed in Bannerlord would be to get a really good Scout. Either train one or recruit one that is better than what you have at the moment.

The Scout gets a lot of buffs the better they are at Scouting and can increase your party speed by a lot. The last perk characters can get at level 275 Scouting will gradually increase the speed of the party by 0.1% for every level over 200.

When a Scout gets the Uncanny Insight perk, the one we just talked about, they would already increase the party speed by 7.5% and will continue to increase even more when they get better.

That’s everything you need to know about how to increase party speed in Mount and Blade 2: Bannerlord!