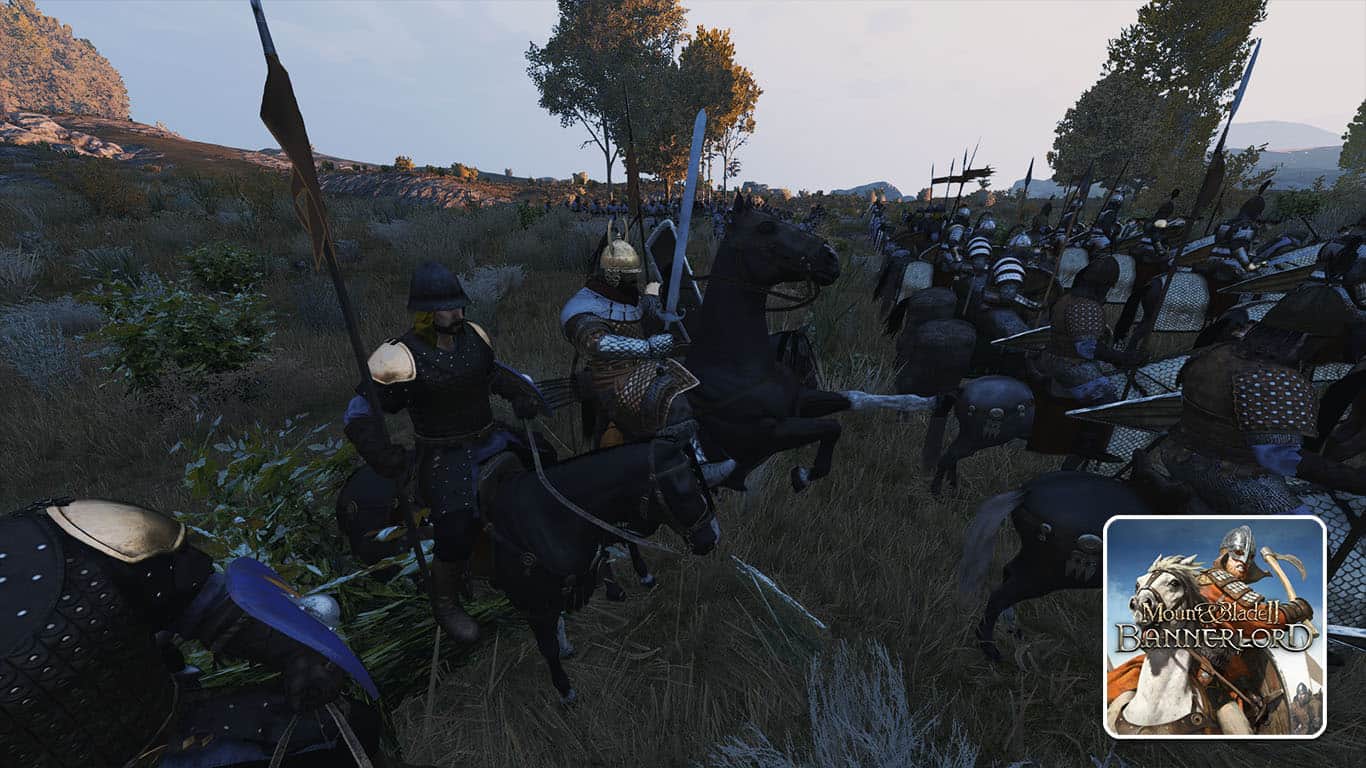 There are many skills you can master in Mount and Blade 2: Bannerlord, some more useful, and some not so.

Though these skills will give you a wide range of possible ways to play the game, some are just better than others.

Recommended Read: How to Find Nobles in Bannerlord

However, even if a skill is the best, you just might not personally use it. This doesn’t mean that it is not the best, though.

To make sure you know which skills will help you the most, here are the best skills to use in Mount and Blade 2: Bannerlord.

Best Skills for a Starting Character in Bannerlord

There are a few skills in Bannerlord that can help you a lot. However, the best ones are part of the Intelligence category.

Though these skills are incredibly important for your companions, they can help you a lot as well, as they give a lot of passive advantages when you are a party leader.

Social is also incredibly important for a leader, such as yourself, that needs to command many troops, make a lot of money, and get a lot of lords to like them.

Endurance will help you either run or ride horses really fast. This is very important on the battlefield, so try to get some points in this category as well.

Also, Smithing will make you the most money in the game, so it wouldn’t hurt to put a point there as well.

The worst category in all of Bannerlord is, by far, Cunning. Though it feels cool to recruit bandits and raid lords left and right, the game hasn’t implemented a way to make a “bandit lord” a viable gameplay option.

So, when making a character at the start of the game, try to aim for points in Intelligence, Endurance, or Social. However, don’t just choose an option that gives you a point in these two categories if the skills that increase along with them don’t suit you.

When it comes to fighting skills, each one is great. You can fight with a one-handed weapon, two-handed weapon, polearm, bow, crossbow, or javelins, it makes no difference. The weapon you choose should be solely based on preference.

Based on what we said, some of the choices you should make when making a character in Bannerlord, should be:

Choosing these options will start you with a decent amount of Intelligence, Social, and Endurance, with good points in Leadership, Trading, Riding, and Charm.

The Best Skills to Use for your Character in Bannerlord

Now that you have a Bannerlord character ready for battle, you should know which skills are the best and will help you in the long run.

Medicine and Steward have some really good perks for party leaders and your character in general (bonus HP). It would be good to get some levels into these skills before putting a companion to take care of being a Quartermaster and Surgeon.

Charm is really good long-term, but it can be quite a chore to level up. Since you will work on it without even realizing it, you shouldn’t focus too much on it.

Trade, however, is a must-have skill for your character. The amount you get when trading is solely based on the party leader’s skill, which means you need points in Trade.

Engineering is not necessarily a bad trait for your character, but if they are not the Engineer of the party, it will be a bit pointless to work for it.

Tactics can be a good skill if you want to simulate a lot of battles. However, it is one of the hardest skills to train in the whole game.

Leveling up Tactics will require so many simulated battles that you should just take 5 to 10 minutes to just fight yourself.

Roguery is a fun skill that can be useful if you are roleplaying. However, it won’t help much in a game where you try to conquer all of Calradia.

It has some interesting perks that work specifically for the main character. However, other skills would be more worth your time.

Scouting can give the player a lot of good perks, but most of them come at higher levels. It wouldn’t be a bad idea to leave your character as a Scout for a while and maybe change them when you’ve hit the upper limits.

Smithing is the best skill in the game when it comes to making money. However, it is a pretty boring skill that requires you to spend a lot of time in towns, and you don’t necessarily have to level your own character to make high-quality equipment.

The other last skills you should care about are the combat skills that you chose to prioritize. Make sure to get as many perks as you can in Riding or Athletics, as these can sometimes decide if you die in 2 seconds or live the whole battle.

The Best Skills your Companion Governors Should Always Use

Many skills matter when it comes to your companions in Bannerlord. Depending on their position in the party, sometimes, only one skill will matter.

For the Surgeon, only Medicine matters. For a Quartermaster, Stewards, and so on. However, Governors need more skills than just the basic ones for their role.

Governors can get a lot of advantages if they have perks in more than one skill. The ones that matter most for this position are Intelligence skills.

Steward, Medicine, and Engineering all have a lot of perks that work only for governors and will make your companions rule some towns better than you could.

That’s everything you need to know about the best skills to use in Mount and Blade 2: Bannerlord!