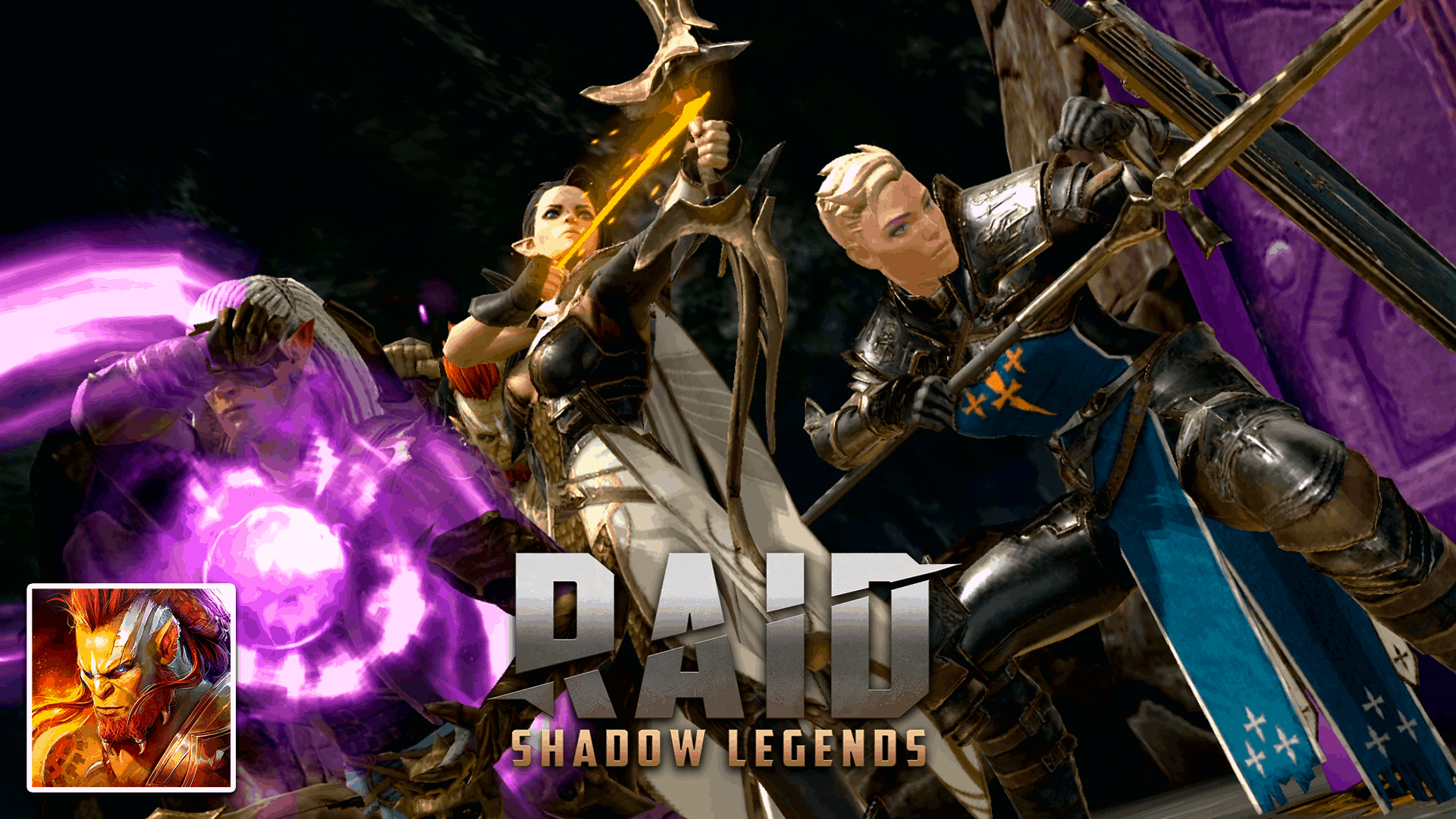 Collecting powerful champions for your team and upgrading them is a big part of playing Raid: Shadow Legends.

Some players do, however, find themselves in a situation where they’ve wasted valuable resources on weak champions and wish to start over.

In this guide, we teach you how to reroll and thereby start over in Raid: Shadow Legends so you can get your hands on some brand new champions, a new starter, and a fresh chance to spend your resources optimally.

In short, if you don’t want to save the current progress you have, uninstall and reinstall the game to reroll. If you do wish to save your progress, create a Plarium account under the Profile page by pressing Connect to Plarium ID and Create ID.

If you’ve already connected your account to a Plarium ID and wish to reroll, press Log out under the Profile page. To save your new progress, connect the new account to a new Plarium ID – find a more detailed walkthrough of this process below.

How to reroll in Raid: Shadow Legends

How to reroll depends on whether or not you’ve linked your account to a Plarium ID.

The first part covers how to reroll without a Plarium ID, and the second with a Plarium ID.

Reroll without a Plarium ID

If you haven’t connected your current progress to a Plarium ID, you should first consider whether you want to save that progress for later or delete it completely.

To save your progress, press the Profile Icon in the top left corner, then press Connect to Plarium ID, and then Create ID.

Once you’ve signed up with an Email and chosen a password, go down to the Reroll with a Plarium ID section.

If you haven’t connected your progress to a Plarium ID and have no desire to save your current progress, close the game, uninstall Raid: Shadow Legends, and reinstall it on the App Store or Google Play.

Once you open up the game after reinstalling it, you will start entirely from scratch again.

Reroll with a Plarium ID

If you’ve connected your progress to a Plarium ID and wish to reroll, press the Profile Icon in the top left corner, then press Log Out under the right side menu.

The game now restarts, and you start completely over.

To save the progress on your new account, go to Profile Settings again, press Connect to Plarium ID, and create a new Plarium ID with another email.

By doing this, you can have several accounts saved at the same time and switch between them.

Why should you reroll in Raid Shadow Legends?

There are several reasons why one might wish to reroll in Raid: Shadow Legends.

If a player has wasted valuable tomes on the wrong champions, chosen a starter champion they may not like or isn’t powerful enough later on, or wants to get a fresh start, rerolling is a great way to start over.

Rerolling in Raid: Shadow Legends is not, however, like in most other hero summoning RPG mobile games.

Usually, players receive some free summons and a guaranteed epic or better summon early on in the game, but not in Raid: Shadow Legends.

Therefore, rerolling for new champions through summons is not worth your time, as it’s easier to earn summons later in the game.

In conclusion, we recommend you only reroll in Raid: Shadow Legends if you wish to choose another starter champion, have wasted valuable resources like epic tomes, or want a fresh start.

If you want to acquire more summons, keep on playing on your current account.

You can choose between four different champions when you start from scratch in Raid: Shadow Legends, Elhain, Kael, Galek, and Athel.

But which one of these should you choose? Our recommendation is Kael or Athel.

If you don’t want to chose either of these, we recommend you chose Elhain over Galek.

All four of the starter champions are all of rare-rarity, which means epic and legendary champions will replace them at some point.

You will, however, still be using them for quite a while.

Kael is an excellent choice as your first champion because he not only packs a lot of AoE but is also very strong against some of the later bosses, which can be a hurdle for your team.

Athel packs a punch as well, but also comes with several powerful blessings and healing abilities for your team, which makes her one of our preferred picks.

Galek falls off quite quickly compared to the other three.

All in all, we recommend you choose either Kael or Athel.

Starting over vs. continuing current progress

In our opinion, it comes to down how far you’ve made it already and whether or not you’ve wasted epic skill tomes.

Because you can’t reroll for guaranteed epic champions or better like in other RPG mobile games, and starter champions won’t be used much once you acquire some of the very best champions in the game, those two factors shouldn’t weigh much in your decision to reroll or not.

If you’ve played for a long time, regularly for more than a month, for example, it’s probably best to keep on going with your current progress, especially if you’ve spent real money on the game.

If you’ve wasted epic skill tomes and haven’t played for too long, maybe just a week or two, rerolling could be a smart choice for you as they are very hard to come by.

If you’ve played for a long time and wasted them, it’s not the end of the world.

As mentioned earlier in this guide, it is possible to have multiple accounts by creating multiple Plarium IDs, so you won’t lose your old progress if you use this method.

Because of this, you could start a second account as see how things play out. If you don’t like your new account, you can just go back to the old one.

Video on how to reroll

Here is a video I’ve made showing you step by step how to reroll in Raid: Shadow Legends.

That’s how to reroll in RAID: Shadow Legends!

RAID: Shadow Legends – How To Get Champions (Every Way)