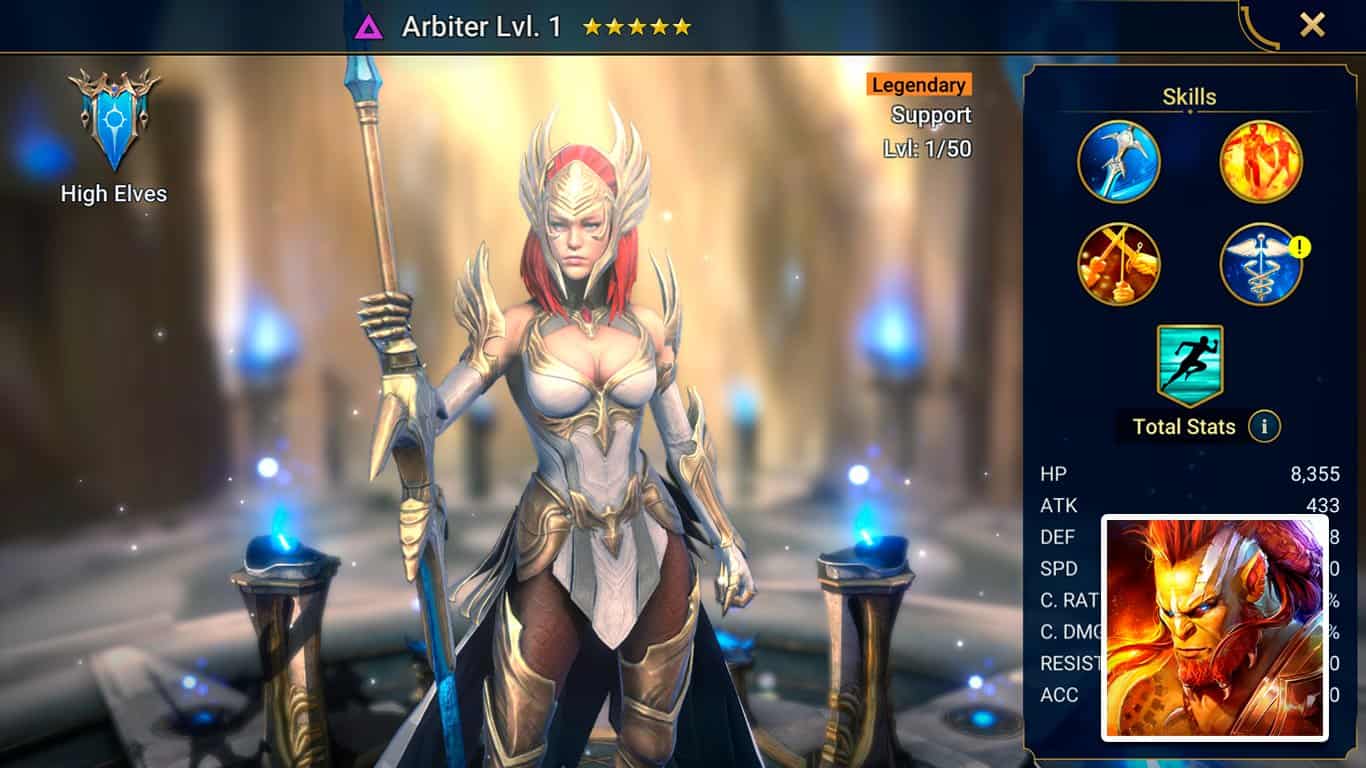 Legendary is the highest rarity a champion can be, and thus, legendary champions are often among the best in the game.

Contrary to other RPG hero collector games, getting legendary champions in RAID: Shadow Legends is no easy task, especially not early on in the game.

You can get legendary champions in RAID: Shadow Legends from summons in the Portal, champion fusions, fragments, star rewards in Faction Wars, mission milestones, login rewards, and events and tournaments – find more information on each method below.

Most of the legendary champions that you are going to get throughout your journey in RAID: Shadow Legends are going to come from summons in the Portal.

In the Portal, you can exchange one shard for a summon.

Recommended Read: How to Reroll in RAID: Shadow Legends

What type of shard you exchange determines the probability of that summon to give a legendary champion.

The players who look to optimize their resources and gameplay as much as possible save their Sacred, Void, and Ancient Shards for events like these.

Given that Sacred Shards are the most valuable in the game, they are also the hardest to obtain by far.

Make sure to check out our guide on how to get shards in RAID: Shadow Legends to see every single way to get each type of shard in the game.

In the Fusion tab of the Portal in RAID: Shadow Legends, you can see all the different champions you can currently fuse.

Fusion is the act of sacrificing specific champions into another.

Usually, there are at least two different legendary champions you can fuse in the Portal.

You need four different specific champions of epic rarity to fuse a legendary one.

You can see what specific champions you need to fuse the legendary one, as well as the level, rank, and ascension requirements of each of the sacrificed champions.

The epic champions that you need to fuse a legendary can be fused as well, these from four specific rare champions.

Note that not all fusions will be there until you claim it. Some are limited-time fusion events.

Therefore, you should make sure to check next to the icon of the final champion in a specific fusion to see whether or not there is a time-limited.

If you can’t make it in time, there is no reason to pour resources into acquiring the required champions before the event stops.

You can see if there are other ways to acquire a specific champion that you need in a fusion by clicking its icon in the Fusion tab of the Portal.

The third way to get legendary champions through the Portal is by collecting and using champion fragments.

In the Fragment Summon tab of the Portal, you can exchange 100 fragments of a champion for that champion.

There are a lot of different legendary champions you can exchange for here, but also epic and rare champions.

There isn’t always a way to acquire the fragments of a specific champion.

Fragments are usually either acquired in the Doom Tower, the Shop, or in events.

It’s going to be hard for players who are newer to the game to get the champions where you have to acquire fragments from the Doom Tower.

Furthermore, depending on what the event is, it can also be difficult for newer players to acquire fragments through events.

Star rewards are rewards that you can claim upon collecting a certain number of stars from stages in either the Campaign or in Faction Wars.

Both Normal, Hard, Brutal, and Nightmare mode of the campaign and Faction Wars have their own separate star rewards system.

In the Faction Wars star rewards system, you will get Lydia the Deathsiren, a legendary champion, upon collecting all 819 stars.

Collecting 819 stars in Faction Wars is, of course, a very difficult task and will require you to have played for a very long time.

You can learn more about the star rewards system and how to get 3 stars from stages here.

Every time you complete a mission in RAID: Shadow Legends, you get one point towards the next mission milestone reward.

Missions become progressively harder to complete, which means you have to keep progressing and becoming stronger to keep earning mission milestone points.

At the fourth mission milestone, which is unlocked upon completing a total of 296 missions in the game, you can claim Arbiter, a legendary champion.

Upon completing a total of 479 missions in the game, you can claim Ramantu Drakesblood, who is also a legendary champion.

As you need to complete so many missions to unlock these rewards, you shouldn’t expect to unlock them anytime soon if you’ve just started playing the game.

Every single day that you log into RAID: Shadow Legends, you can claim a login reward.

You do not, however, have to log into the game daily to keep receiving these rewards.

If you don’t log in one day or multiple days in a row, the daily login reward will just stay at the day you’ve made it to until you claim it, then go to the next one.

On every 30th day of login rewards, you get a champion that is either of epic or legendary rarity.

The first champion of legendary rarity that is given through the daily login rewards system is given on day 180 – Scyl of the Drakes.

The second and last legendary champion in the daily login rewards system is given on day 270 – Visix the Unbowed.

There are always events and tournaments running in RAID: Shadow Legends, and some of these offer legendary champions as a reward.

When an event or a tournament offers legendary champions as a reward, you usually have to be quite strong to earn them, as you’ll be required to collect a bunch of points, etc., which requires you to be at a later point in the game.

As events and tournaments end after a while and new ones appear, we cannot guarantee that an event where you can get legendary champions is running at the time that you are reading this.

Therefore, we simply recommend you check out both the events and tournaments tab in the game, both of which are located on the right side of the screen in the City.

If no current event or tournament offers a legendary champion as a reward, chances are that you can get either shards or fragments from them.

That’s how to get legendary champions in RAID: Shadow Legends!

Know of any other way to get legendary champions in the game? If so, let us know in the comment section.

RAID: Shadow Legends – How To Get 3 Stars From Stages