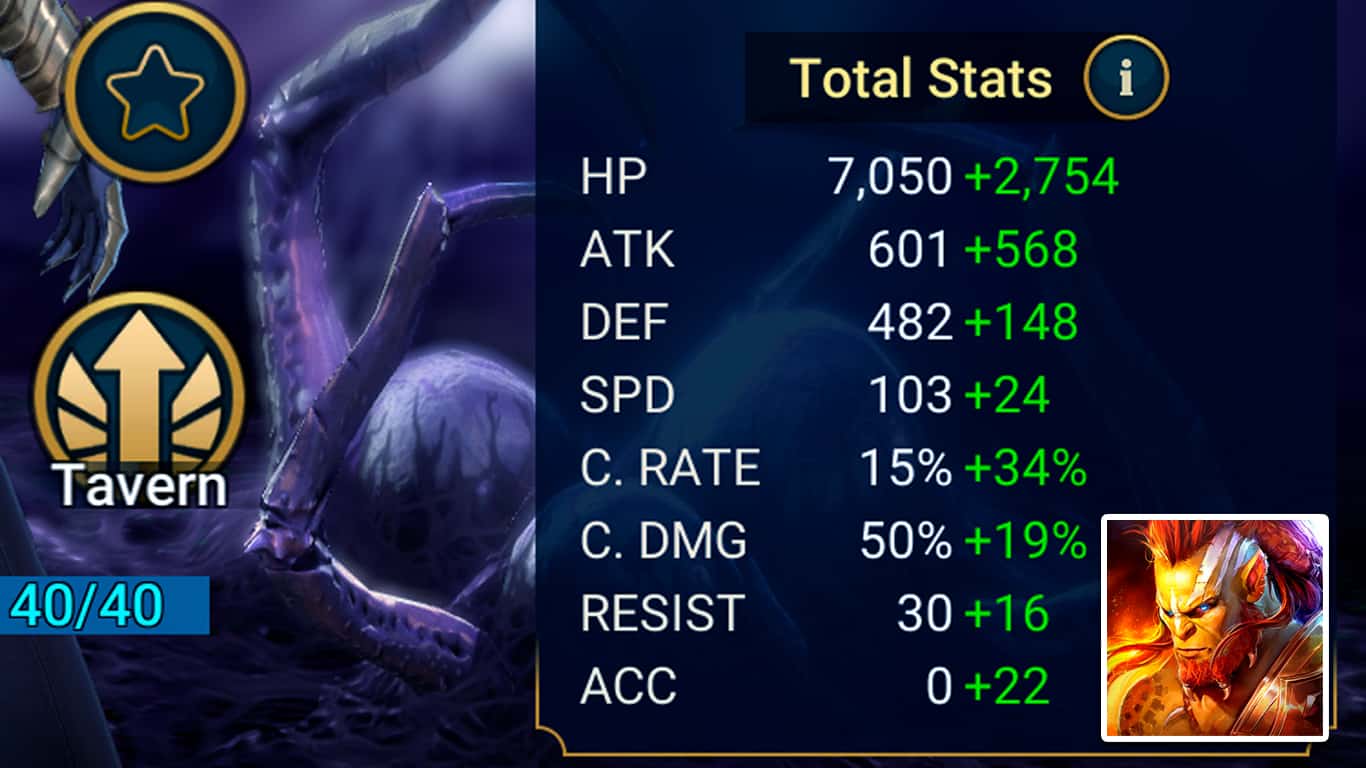 Champions in RAID: Shadow Legends have several different stats, all of which affect the champions in some way.

There is no single best stat to build for, as the optimal stat or stats depend on the champion and the build you’re building towards for that champion.

Here is a quick overview of what each of the stats in RAID: Shadow Legends is and do.

It’s important that you look into what stats are the best for a specific champion, as some champions scale with certain stats and not others.

You can find more information on each of the stats in the game below.

What are Health Points (HP)

Health Points refer to the amount of health a champion has.

The more health a champion has, the more damage it can take before it’s defeated.

Champions of the Defense or HP role usually have more HP than champions of other roles, with the ladder having the most.

Increasing the HP of a champion is one way to make it more durable if you’re having trouble keeping them alive during battle.

The HP of a champion doesn’t tell the full story of how tanky it is, as the DEF and RESIST also play a role, both of which are explained in their paragraph below.

What is Attack (ATK)

The attack stat of a champion is the amount of damage it possesses.

You can not, however, tell how much damage a champion can dish out during battle solely from its attack stat, as this depends on its skills.

Furthermore, some champions’ skills do not scale with the attack stat, like Jizoh, whose skills instead scale with his DEF stat.

This means that it does not matter what his attack stat is. He gains more damage in battle by increasing his DEF, not ATK.

Most champions do, however, scale with their ATK stat, as it’s most common that damage output of skills is calculated based on the ATK stat of the champion.

All in all, this means that for most champions, increasing their attack stat results in them dealing more damage in battles.

What is Defense (DEF)

The defense stat of a champion determines how much of the incoming damage is mitigated.

This means that raising the DEF stat of a champion makes it tankier.

Therefore, you’ll find that the tankiest champions in RAID: Shadow Legends have both high HP and DEF stats.

Some champions that you might believe aren’t that tanky because they don’t have a ton of HP might be tough to take down if they have a lot of defense.

What is Speed (SPD)

The speed stat determines how fast a champion is.

In battles, the fastest champion attacks first, which can be a major determent in the outcome of the fight.

Besides determining who attacks first in battle, the speed stat also determines how quickly a champion’s turn meter refills.

The faster a champion’s turn meter refills, the more times it will attack during battle, given that it can survive.

This means that a champion that recovers its turn meter 50% faster than another will throughout a battle, given that the battle is long enough and that the champion can survive, attack 50% more times than the other one.

If you’re building a team with a lot of burst damage but not much durability, having a ton of speed can be very beneficial, as it’ll allow you to get all your attacks out before the enemy can attack you.

What is Critical Rate (C. RATE)

Critical Rate is the probability that an attack will be a critical strike.

A critical strike deals an increased amount of damage.

How much extra damage a critical strike deals is determined by the champion’s critical damage stat.

The C. RATE stat of a champion directly tells the probability that they will deal a critical strike.

For example, if a champion has a C. RATE of 30%, there is a 30% chance that an attack is a critical strike.

Increasing the C. RATE stat of a champion can greatly increase their overall damage output, especially if they have skills that scale with or boost critical attacks.

What is Critical Damage (C. DMG)

Increasing the C. DMG stat of a champion can significantly increase the damage output of that champion if it has a high critical rate, C. RATE, already.

Some champions whose skills are based around critical strikes will also benefit greatly from having a high critical damage stat.

What is Resistance (RESIST)

Resistance, more accurately Debuff Resistance, is a stat that describes how strong your champion is at resisting debuffs.

Resisting a debuff means that it does not have any effect on the champion.

In other words, if a champion successfully resists a debuff, that champion will block that debuff completely, and it won’t be applied to them.

Whether or not your champion will resist a potential incoming debuff is calculated once it’s been rolled whether or not the debuff applies or not.

For example, if an enemy uses a skill with a 50% chance to apply a debuff to your champion, and the debuff successfully lands, then it’s rolled whether or not your champion resists, blocks, that debuff that would have been applied to you otherwise.

At the point where it’s rolled whether or not your champion resists an otherwise successful debuff, the attacker’s ACC comes into play.

Having a high RESIST stat indirectly makes a champion tankier, as it, on average, will have fewer debuffs applied to it, most of which either damages you or decreases your defenses.

What is Accuracy (ACC)

Accuracy, more accurately Debuff Accuracy, is a stat that determines how strong your champion is at applying debuffs.

The higher the ACC of a champion, the higher the probability that a potential debuff by that champion will apply.

Again, like with the RESIST stat, the ACC stat is a determent in how likely it is that a debuff that otherwise would be successfully applied is not resisted, blocked, by the enemy.

So, if you land an attack that would apply a debuff to an enemy, but their RESIST stat is high, the debuff might not go through either way, as they block it.

However, with a high ACC stat, you can overpower their RESIST stat and make the debuff go through in this scenario.

Champions whose skillset revolve around applying debuffs benefit greatly from having high ACC.

That’s what every stat in RAID: Shadow Legends is and how each of them works!