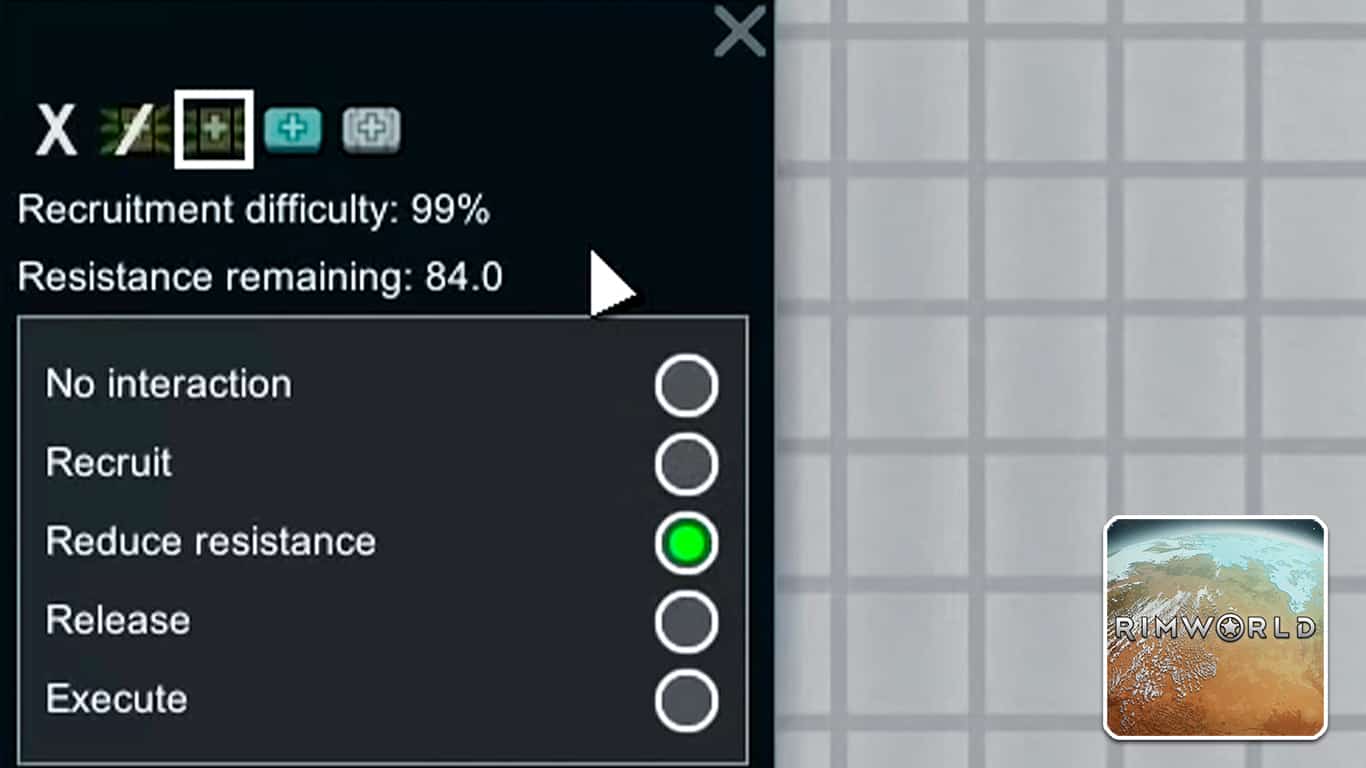 There are many interesting ways to recruit new pawns in RimWorld for your colony of survivors. You can get in refugees, bring new children to this world, or recruit cool prisoners.

Getting prisoners to join your colony is one of the best ways to recruit new people since you will always get raiders attacking you, and many of them have amazing traits.

Recommended Read: Where to Get a Reinforced Barrel in RimWorld

By using their already high-level skills and amazing traits, along with their interesting religions and hybrid races, prisoners can be a great way of getting interesting recruits.

Here is how you can recruit some new and interesting prisoners to join your colony in RimWorld.

Before you can start your prisoner recruitment efforts in RimWorld, you need to assign one of your pawns to work as a Warden.

Now, from the Prisoner menu, select the Social menu and choose the option to Recruit. Your Warden will now chat with the prisoner every day and try to recruit them.

There are some factors that will influence how easy it will be to recruit the prisoner in RimWorld, such as:

The difference between the level of technology is going to make a huge difference. If you are a sci-fi colony, you will have to work a bit harder to recruit a caveman that can’t talk and vice versa.

Another very important factor is how much the prisoner likes the Warden. This is why your Warden should be someone charismatic that is preferably pretty or beautiful.

The same goes for the mood of the prisoner. If they are wounded or they don’t like their surroundings, they have a lower chance of recruitment.

To make sure they are happy, make a beautiful jail cell for them and occasionally feed them drugs or beer to increase their mood. Also, don’t forget to feed them in general! They won’t be happy if they are starving.

This recruitment chance will also slowly increase as time goes by, and the Warden keeps trying to get the prisoner to join the colony.

There is also a 0.5% chance that a recruitment will work, even if the prisoner’s resistance is 99%.

That’s everything you need to know about how to recruit prisoners in RimWorld!

RimWorld – How to Get and Make Cloth

RimWorld – What Is the Best/Most Optimal Room Size