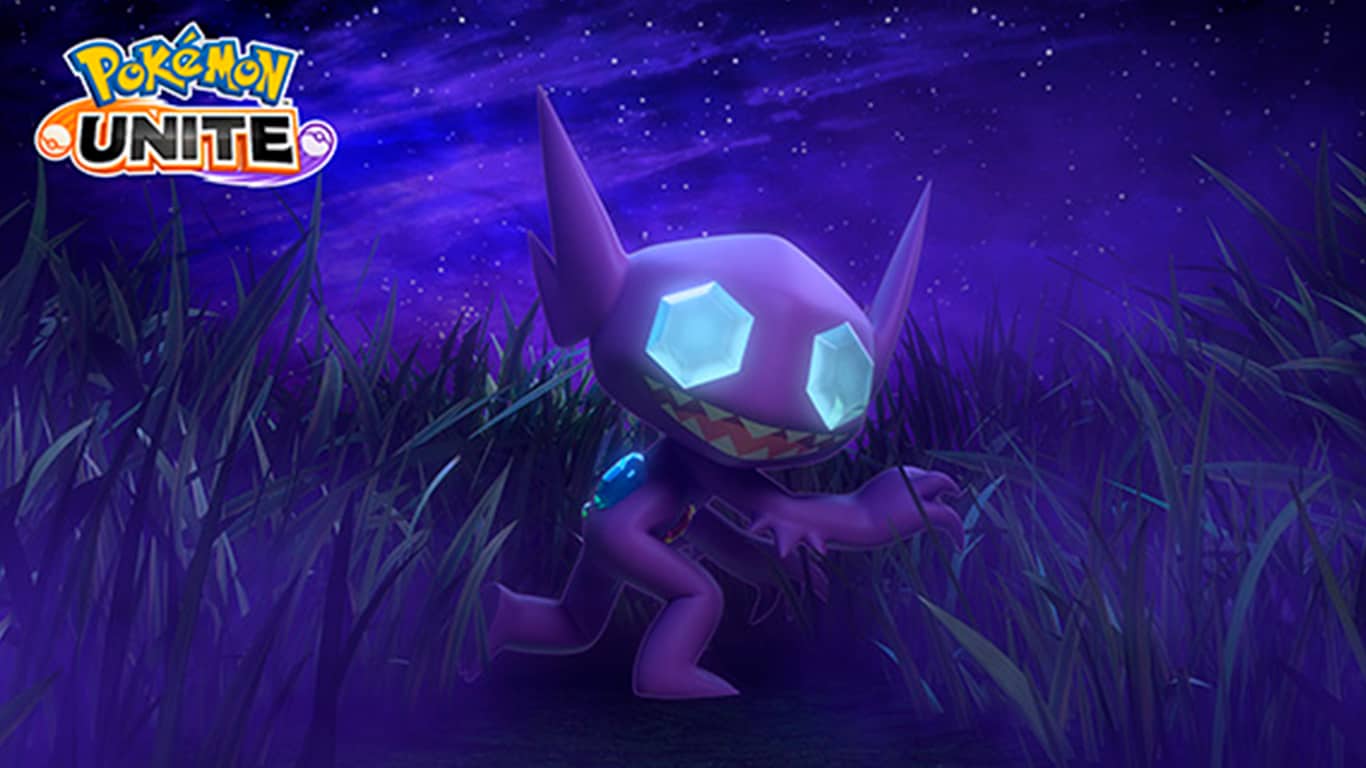 The darkness pokemon, Sableye, brings its creepiness and stealth to Pokemon Unite (available on iOS, Android, and the Nintendo Switch).

This ghost-type pokemon can be yours for 12,000 Aeos coins or 575 Aeos gems at the Unite Battle Committee shop. Sableye will on be obtainable with Aeos gems for the first seven days of its release.

After every third attack, Sableye’s basic attack gets boosted, dealing damage while decreasing its opponent’s speed. If Sableye happens to be in stealth at the time of the boosted attack, it will also apply a fear effect. This forces opposing pokemon away from it.

This pokemon has the Prankster Ability, which increases its movement speed. It will exit stealth whenever it attacks.

Tsareena is a powerful Melee pokemon thanks to its Trop Kick and Stomp attacks. Sableye’s Knock Off is an effective way to lock down Tsareena and keep it from stacking Attack Weight early on.

Cramorant is a strong ranged pokemon that gives dark pokemon problems. In particular, watch out for Air Slash or Dive which can make life difficult for Sableye.

Supercell Announces the Books of Clash, a Graphic Novel Series Based on Clash of Clans & Clash Royale