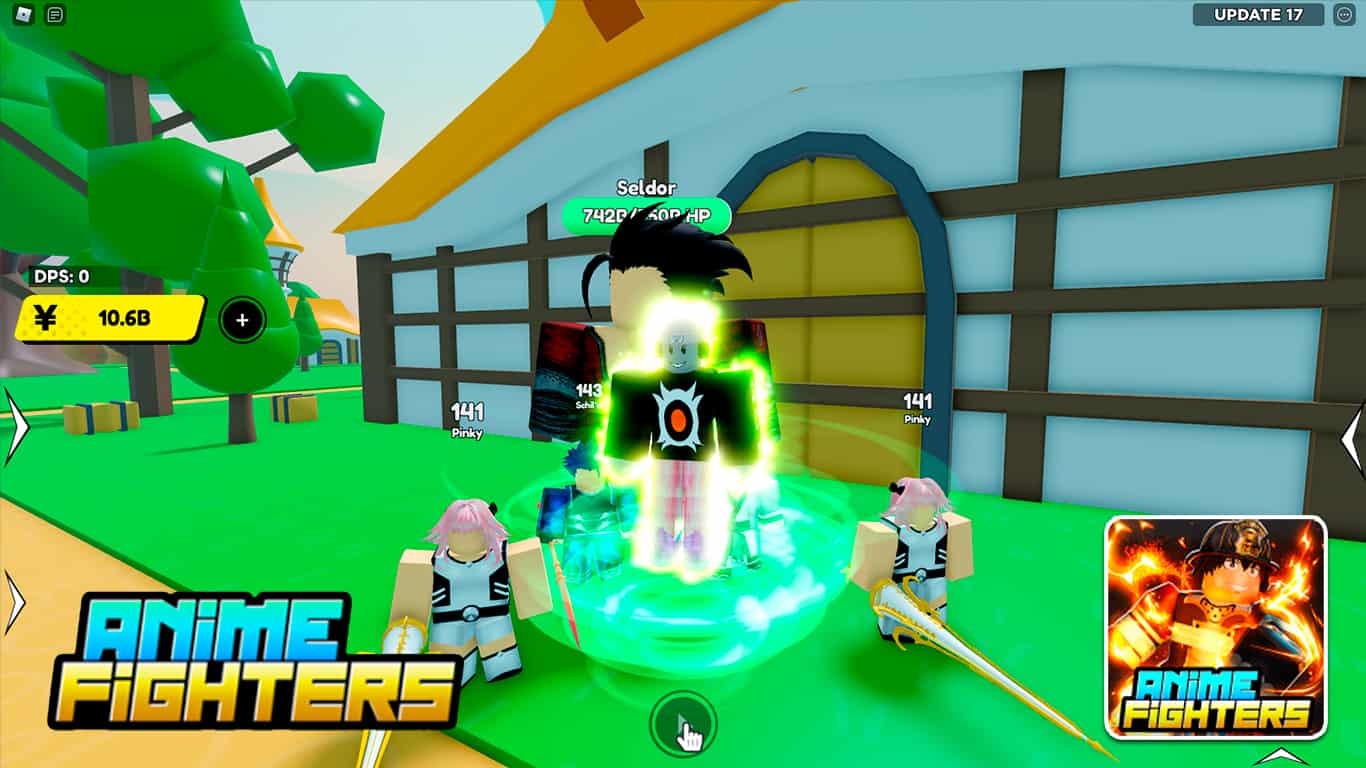 You’ll be spending much of your time in the game farming Yen, but what about the time that you are not playing the game?

With AFK farming, you can farm Yen and shards overnight when you are sleeping or out doing something other than playing.

To AFK farm in Anime Fighters Simulator, you need to use a program like TinyTask that automates a sequence of mouse-clicks and key-clicks.

In the game, you want to record the sequence of you attacking and defeating a boss. Then replay that sequence continuously, and boom, you’re AFK farming Yen and shards until you turn off the program.

How you should record the sequence of you defeating a boss depends on whether or not you have the auto-clicker gamepass. Find more information on the entire process below.

How to AFK farm in Anime Fighters Simulator

Using the AFK farming method in Anime Fighters Simulator is an excellent way to maximize your rate of progression when you can’t play the game because you’re sleeping or doing something else.

With the AFK farming method, you can farm Yen and shards without being at the computer at all.

Though AFK farming is an easy way to earn Yen when you aren’t playing yourself, you can farm way more Yen per hour actively by playing yourself. Learn more in our AFS Yen farming guide.

You need a program like TinyTask to AFK farm in Anime Fighters Simulator. TinyTask allows you to record and replay a sequence of inputs on your computer. Similar programs also exist for mobile.

If you don’t have the auto-clicker gamepass, we recommend that you also use an auto-clicker program to make sure you deal your full damage potential while AFK farming.

We are going to cover the steps on how to AFK farm using TinyTask, but the process should be similar when using any other automation software.

Here are some settings that you should enable before starting to AFK farm:

Now, go to the latest world in Anime Fighters Simulator which you can defeat the boss in a timely manner. We like to farm bosses we can defeat in 3-10 minutes.

Some bosses in later worlds like Sigma Curse can spawn with the enchanted passive, which gives them twice as much health, while bosses in earlier worlds cannot.

With the method we are gonna show you, your rotation will not be screwed up even if the boss spawns with enchanted. You will only get a downtime equal to how long it takes you to defeat the boss when it isn’t enchanted.

Once you’ve found the boss that you wish to AFK farm, place your character on top of it to ensure that you get all the dropped Yen or shards upon it being defeated without you having to move.

Then, start recording a TinyTask sequence by pressing the hotkey that you’ve chosen for recording and click the boss once to send your fighters to it.

If you don’t have the auto-clicker gamepass, move your mouse down to the click button at the bottom of the screen and click whatever hotkey activates your auto-clicker program.

When the boss has been defeated, click the hotkey to stop your auto-clicker, and wait till the boss respawns, then wait just 3-5 seconds, and then stop the TinyTask recording. This will ensure that you don’t click to attack too early when you happen to defeat the boss faster than usual once in a while.

If you do have the auto-clicker gamepass, then you don’t have to move your mouse after clicking the boss to attack it. You can just wait till your fighters have defeated the boss, then wait for the boss to respawn, and then wait the 3-5 seconds before stopping the recording.

You should not move your character or change the POV, as the sequence only records your mouse and key inputs.

If your character moves away from the place where you recorded the sequence, or you change the POV, the recorded mouse click position might not hit the boss anymore, and you’d have to record the sequence again.

If you face a boss that can spawn with the enchanted passive, the following will happen given this sequence:

At a little more than 50% of the boss’ health gone, you’ll click to retreat your fighters, and after the time it takes to defeat the boss without the enchanted passive, you’ll be sending your fighters to attack again.

After the boss with the enchanted passive has been defeated, the sequence will run as usual.

If you want to avoid this short downtime upon a boss with the enchanted passive spawning, you can use a more advanced AFK farming tactic like ultimate cancel. You can learn more about it in this video by oTradeMark.

Besides the Yen and shards, another reward from AFK farming in Anime Fighters Simulator is more playtime.

There are several luck upgrades in the game that are unlocked upon you having played for a certain number of hours.

AFK farming can help you boost your hours played significantly, as you won’t be disconnected after 20 minutes allowing you to leave the game running overnight and throughout the day.

That’s how to AFK farm in Anime Fighters Simulator!