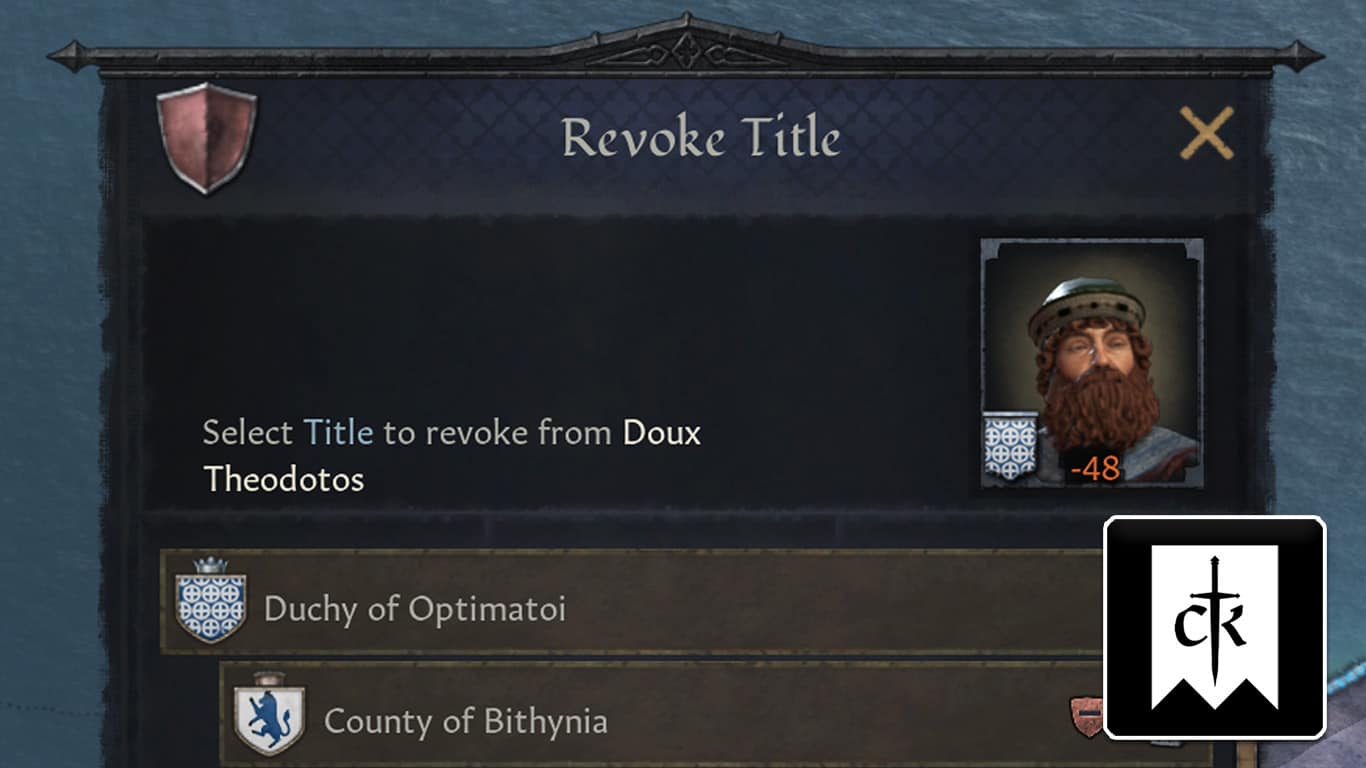 During your reign as a lord of the Medieval Era in Crusader Kings 3, you will have many vassals that come and go.

You will either lose them due to them getting independence or due to their death.

Recommended Read: How to Open the Console in Crusader Kings 3

However, there are some vassals that are just annoying, and you need to get rid of them now to rule your lands properly.

Well, since there are a few cunning ways to rid them of their lands, here is exactly how you can get rid of vassals in Crusader Kings 3

How to get rid of vassals in CK3

So, you might want to get rid of some vassals in CK3 either because you passed your vassal limit or because you have some that are constantly plotting behind your back.

You might even just want to steal the territories of a vassal to make yourself stronger. Whatever the reason, you can gain a lot if you know how and when to get rid of some of your vassals.

To get rid of a vassal in CK3, there are a few methods that you can use to solve the problem:

How to revoke all the titles of vassals in CK3

The best way for players that aren’t good in Intrigue to get rid of vassals in CK3 is to revoke the titles of the vassal you want to release from their oath.

This is usually the best way to do it since there are many reasons your character can find to rightfully revoke the titles of one of their vassals.

Once you have revoked every title of a vassal, they will stop being a vassal and will leave to join a different court if they aren’t imprisoned.

You can usually try to revoke one title without justification since you will only get a -25 opinion modifier with all your other vassals and courtiers.

However, there are many ways you can get a justification to revoke their titles. A really easy one is when they follow a different faith.

When they are part of a different religion, you just need the right amount of crown authority, and you will be able to revoke anyone’s titles.

You can also revoke the titles of vassals that have taken part in a civil war or revolt against you. It would be preferable sometimes to let a faction grow strong, so you can fight them, imprison them, and then revoke all of their titles.

Doing this will allow you to give the titles to someone else who will be much more grateful, or just keep them for yourself.

You can also fabricate claims on the lands of your vassals. If you do this, you will be able to revoke the titles that you have gained claims on.

If you are lucky, the vassal that you try to steal land from will revolt, and you can then imprison them and justifiably revoke all of their titles.

You can also send your Intrigue councilor to spy on the vassal you want to get rid of to find out secrets about them.

If you find out they are guilty of a crime, you can then rightfully imprison them. Make sure that you don’t actually successfully arrest them, as you need them to revolt to revoke all their titles without complaint.

If you arrest a vassal for justifiable reasons, you can’t rightfully revoke all their titles. Make sure you save before trying to imprison them, as war is your best choice to get rid of them.

Raise your levies before you try to start this revolt, and move your troops to wait in the capital of your enemy to make sure you can quickly and easily take care of them.

How to get rid of vassals by assassinating them in CK3

A good option for players that can easily plot assassinations is to get rid of their vassal in CK3 by murdering their whole dynasty.

This can work if you have patience, a really high Intrigue score, and your vassal doesn’t have a long line of extended family.

If you have to kill more than 5 to 10 people to get the title, then you would better try to revoke all the titles.

However, if there aren’t many pretenders for the title, the quickest way to get the territories back is by killing anyone that can get the title through succession.

You will realize that once you manage to kill the current vassal, their children will be much easier to assassinate, as no one in their council will support their rule and will help you get rid of them.

That’s everything you need to know about how to get rid of vassals in Crusader Kings 3!

Crusader Kings 3 – How to Get Pure-Blooded

Crusader Kings 3 – How to Invite to Court

Crusader Kings 3 – How to Get Piety