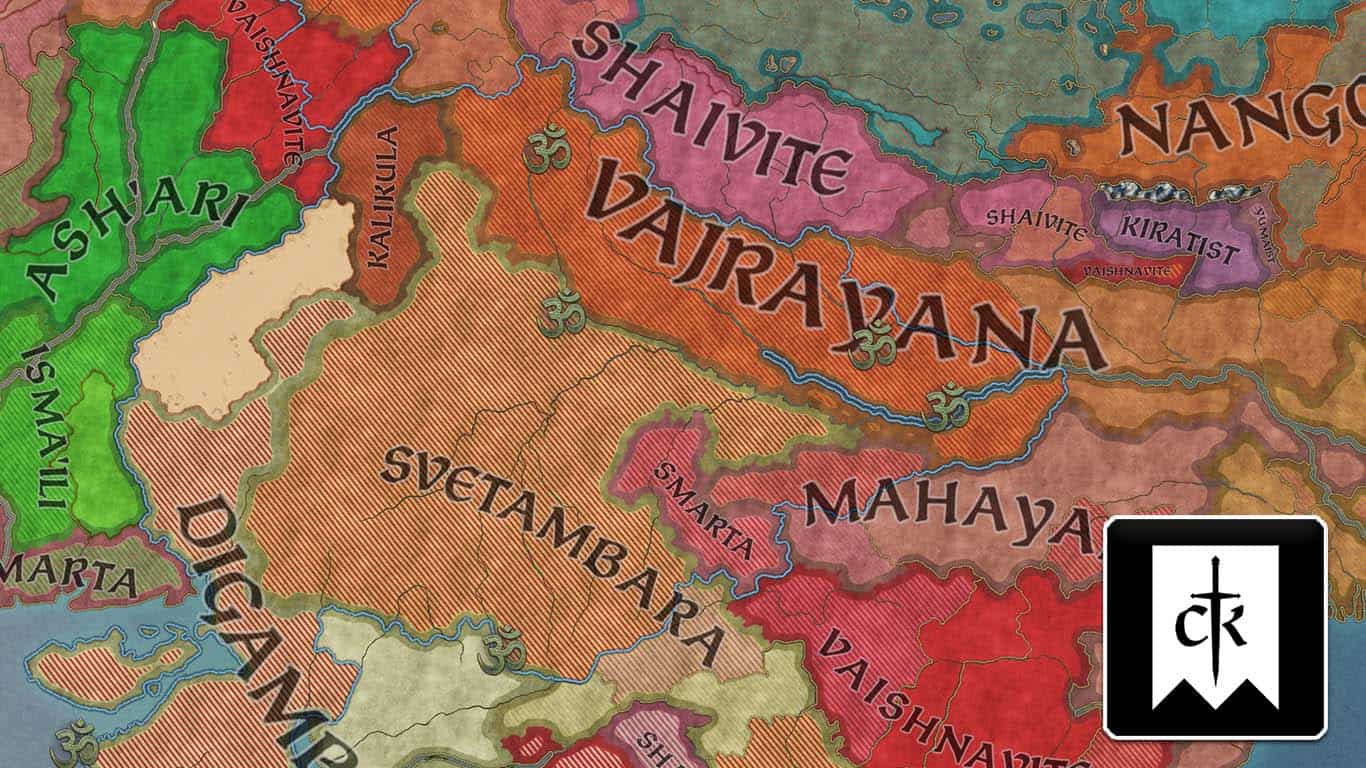 There are many important personality traits that will decide the relationship between rulers and courtiers in Crusader Kings 3.

However, there is a trait, a way of life, that will usually instantly decide if two people in CK3 will be friends or not: their religion.

Based on faith, you can either have a lot of enemies or a lot of friends. If you want more friends, you will have to spread your religion.

So, here is how you can spread your religion in Crusader Kings 3 and be safe from random Holy Wars.

How to spread your religion/faith in CK3

There are a couple of ways to spread your religion in CK3. However, as opposed to Crusader King 2, it is much harder to do it successfully.

One of the most important things to know from the get-go is where exactly you plan to spread your religion.

Do you want to convert everyone in your own realm and kingdom or further from home? Do you want to spread your religion to your neighbors?

Depending on which one of these two goals you have, you will need to use some very different tactics.

How to convert your provinces to your religion/faith in CK3

If you want to just quickly convert and spread your religion in your own provinces in CK3, you will just need to do two things:

The most straightforward way to spread your religion in CK3 is by going to the Council menu and selecting your religious councilor (the one with the Learning stat) to “Convert Faith in County.”

You will now select the province you want to convert and you will see how long it will take to finish this task.

Since one single county takes around 7 to 15 years to convert, you will not want to rely solely on this method.

This is why you will need to either create new vassals that follow your own religion or convert your current ones.

Any lord, even if their rank is only of a count, can use the “Convert County” task on their council. They might also have events, which can help in converting the province faster.

So, if you make a few vassals, of all the ranks (count, duke, even king), you will fast forward the converting process by a lot.

Since you are still the ruler of all the lands, even though indirectly, you can still send your court chaplain to convert the counties of your vassals.

For this reason, you should often make vassals with your religion to rule newly conquered pagan lands.

Sometimes, you might start the game with vassals with the wrong religion. In this situation, if you manage to increase your crown authority a bit, you will be able to imprison them and force them to convert to your religion to release them from prison.

However, don’t expect this advice to suddenly naturally turn your provinces into your religion, as your vassals need an even longer time than you to convert a county.

How to spread your religion/faith to your neighbors in CK3

If you want to spread your religion to neighboring lands in CK3, you will need to use covert tactics to reach your goal.

There is no simple button to send your religious councilor to other kingdoms and start doing missionary work, as we could in CK2.

You will need to get many prisoners, help many claimants, and declare many Holy Wars. This is the only way you can spread your religion to lands around your own.

One of the easiest ways to spread your religion is by converting prisoners. If you manage to either get a ruler of lands through raiding or a normal siege, you can release them after they have converted to your religion.

Once they have converted, they will then spread your faith to the regions they personally govern.

Your best bet is to siege as often as you can the main holdings of counts, dukes, and kings. If you don’t manage to capture a lord, you can always just get their family and sell them off for a high price.

Since getting prisoners might be a bit of a chore and not very fun, here is something else you could do: get a claimant and get them to convert.

If you befriend a claimant, maybe using a scheme, you can then ask them to convert. Once they have, help them conquer the lands they want as their own, and they will spread your religion to their new lands.

If you have ever taken part in the crusades, then you would understand that is a very similar tactic. You send claimants of the same faith to govern hostile territories, and you hope that they will convert those territories in return.

Holy Wars have many upsides and downsides. One normal downside would be that your enemies can always get out of the war by converting to your religion.

Under normal circumstances, this would sound bad, as you wouldn’t get any territories after a hard fight. However, in our current predicament, this is exactly what we want.

Usually, your enemy will convert to your religion in a Holy War only if they are incredibly weak compared to you or if you are destroying their whole country in the war.

Either way, you will get pagan territories, and you will convert them yourself, or you will turn your neighbor to your faith, which is a win-win for you.

Be careful though, as neighboring rulers of the same faith as your enemy will most probably join their side, making Holy Wars often hard to win.

That’s everything you need to know about how to spread religion or faith in Crusader Kings 3!

Crusader Kings 3 – How to Get Casus Belli

Crusader Kings 3 – How to Invite to Court

Crusader Kings 3 – How to Become Feudal