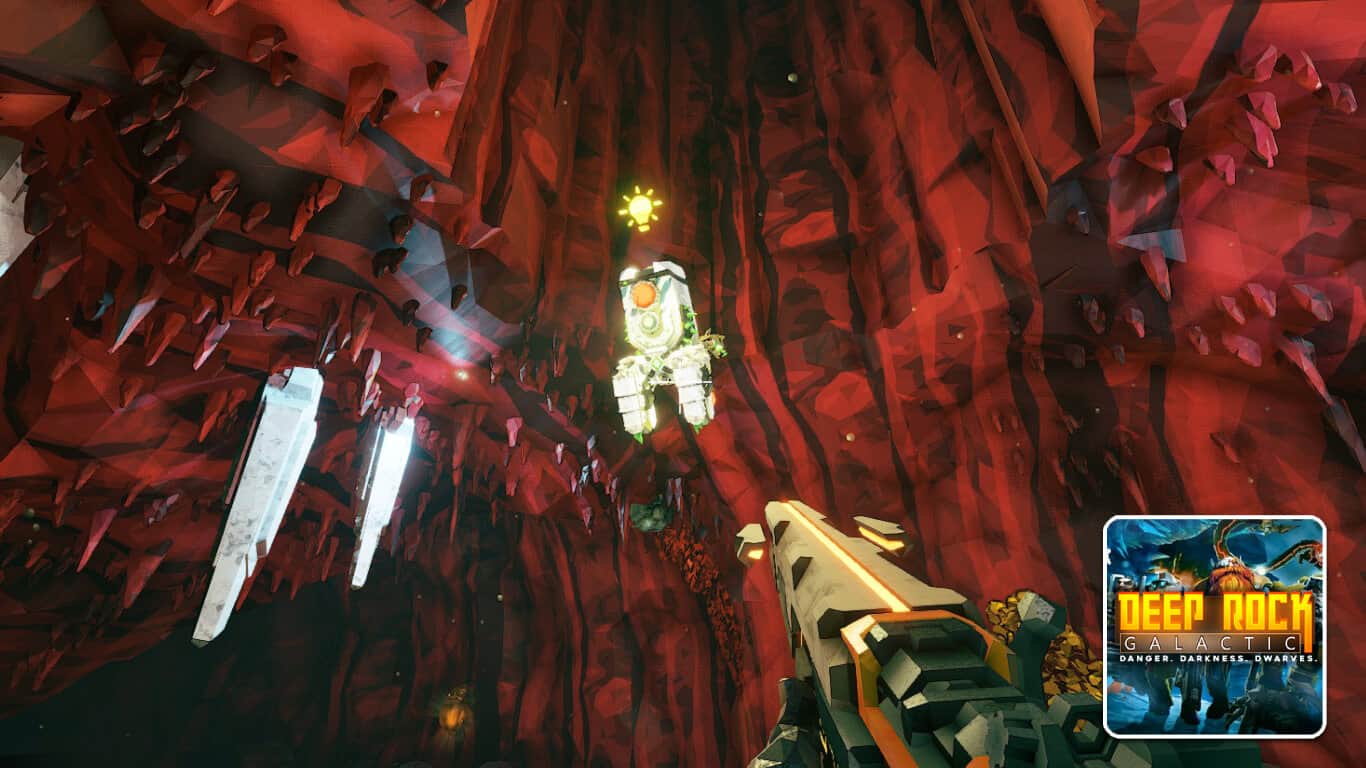 Deep Rock Galactic is a co-op game where you and the other 3 players play together to fight through waves of bugs and mine the minerals on Hoxxes. But playing solo is also a solid option.

However, you’re not actually alone. The R&D company made Bosco – A multi purposes robot that can help you with different tasks. Let’s see how to use Bosco in Deep Rock Galactic!

Recommended Read: How to Use The Forge in DRG

To use Bosco in Deep Rock Galactic, you need to learn how to use your Laser Pointer efficiently. By pressing the “Ctrl” key, you can control Bosco to do anything for you, including mining minerals, fighting enemies with machine guns and rockets, reviving yourself, lightening up caves, repairing pipelines, and guarding objectives.

How to Use Bosco in Deep Rock Galactic

When you first start any mission in solo mode or play alone, Bosco will automatically accompany you at the start of the mission.

If you don’t see him, let’s abandoned the mission and go to the Space Rigs again. Then go to the Drone Modification terminal and check the checkbox “Bring Bosco”.

Now that you have Bosco with you, let’s see how to control him!

Most of Bosco’s actions in the game can be controlled by the Ctrl key. This is also the hotkey to bring up the Laser Pointer – a useful tool to ping whatever you want on Hoxxes.

By pinging different objects, Bosco can do different things such as mining, combat, reviving, providing light, repairing, and guarding.

Bosco can mine different types of minerals like Nitra, gold, rare minerals, tips of Ommoran Beamers, and even compacted dirt.

Moreover, he can carry and deposit objectives like Aquarqs, Compressed Gold, Bittergem, or Alien Eggs. You don’t have to do any dirty work anymore!

While in idle mode, Bosco can automatically attack bugs with his gun. You can also ping any enemy to command Bosco to attack them.

By pressing the “Ctrl” key and right-clicking your mouse, Bosco will fire a rocket. This deal more damage and causes explosion, which is really useful in some situations.

When you’re incapacitated, Bosco will automatically revive you. However, be careful since he can only revive you 2 times per mission. This number can be increased by purchasing the Extra Revive upgrade.

If you ping at any object besides minerals, enemy, or compacted dirt, Bosco will go to that area and light it up. Now you always have a mini Scout in your team.

On some specific missions like On-site Refining, Industrial Sabotage, or Escort Duty, you can command Bosco to build the pipelines, repair the leaking pipelines, guard the Drilldozer, or protect the Hack-C.

If you want to call Bosco to your current position, press the “X” key.

Here are a few benefits of the X key on Bosco:

Not like other dwarves, when you press X, Bosco will always follow you. This is such a great feature!

That’s how to use Bosco in Deep Rock Galactic.

We hope that you can push the potential of playing solo in DRG to a whole new level. Rock and stone, miners!

Deep Rock Galactic – What Does Beer Do? (All Listed)

Deep Rock Galactic – How to Use the Hacking Pod