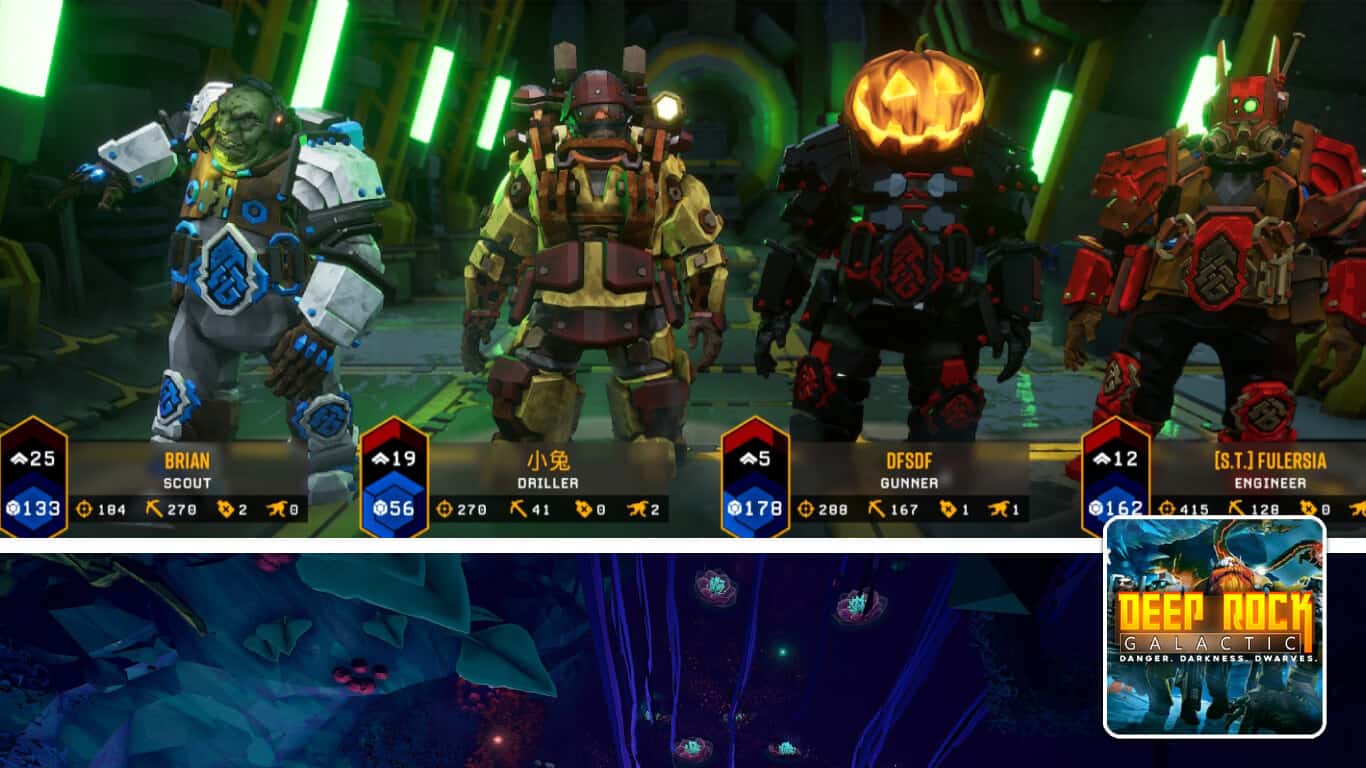 In Deep Rock Galactic, you play as one of the four classes in order to survive, mine precious minerals, and fight through waves of bugs.

But have you ever wondered what is the best class to play in Deep Rock Galactic yet? Let’s dive deep in!

Recommended Read: How to Unlock Cosmetics in Deep Rock Galactic

Each class in Deep Rock Galactic has its own strength and weakness. Gunner is known for his strong firearm, while Scout is a mobility class who can basically fly around. With that being said, there isn’t a “best class” at all in DRG. It heavily depends on your playstyle and skills.

Let’s see what each class does and which suit you the best, shall we?

What Is the Best Class to Play in Deep Rock Galactic

There are 4 classes in Deep Rock Galactic: Gunner, Scout, Engineer, and Driller.

In each mission, you can only choose to play as one of the four classes above. Depending on the host’s decision, you may or may not choose the same class as other players.

This is a great feature. Do you know why?

Since each class has its own perks, it’s easier to collaborate and complete the mission when you have a full team of 4 dwarves.

You can have a full team of Scouts for extra mobility and fast-gathering, but at what cost? If you’re going to play Point Extraction mission, a full scout team is a thing to go with.

But with Elimination or mission in the Lava zone, you will need help from the Gunner and Engineer!

Here’s a quick sum up for each class in DRG:

Each class in Deep Rock Galactic is pretty balanced, so there is no best overall class at all!

If you love flying around at a fast pace with a lot of adrenaline rush in your gameplay, Scout is definitely a class for you!

If you love to spam your gun and defeat as many bugs as you can, let’s pick the big dwarf Gunner!

Or if you enjoy helping other dwarves and making your own defensive system, Engineer is your best class!

Love digging around and exploding the entire cave on Hoxxes? Driller awaits you!

Scout or Engineer is considered the best solo class in Deep Rock Galactic.

With Scout, you can collect Gold and Nitra pretty easily. Plus, secondary objectives are never a challenge for Scout himself since you can climb to almost every platform.

Scout also has strong guns such as a rifle, shotgun, or even a plasma gun. Combine with the right overclocks, you can simply one-shot a normal Glyphid just in under a second!

On another hand, the Engineer is not that flexible compared to Scout, but his turrets can defend through waves of bugs easily.

Moreover, the Engineer can create his own path with Platform Gun. This makes travel back and forth not a problem anymore! And if you’re about to fall down from a high altitude, an upgraded platform can completely remove the fall damage as well.

Same as Scout, with the right overclocks, the Engineer can clear huge waves of Glyphid Praetorian in a blink of an eye.

You may already know the answer, but the best classes for the duo team in Deep Rock Galactic are Scout and Engineer.

An Engineer can place platforms everywhere. And Scout can climb up, mine the minerals, and secondary objectives within a few seconds.

Turrets from the Engineer can help clear out mini bugs like Glyphid Spawn, Glyphid Swarmer, Naedocytes, or Shredder. Those creatures annoy the Scout every time!

Besides this duo, Scout and Driller can still do the trick.

The Driller has better damage but when it comes to gathering materials, he must dig the tunnel accurately to make it easier for Scout to hook to.

The final duo must be Gunner and Driller. These two dwarves can destroy literally anything! From waves of bugs to any deadly Dreadnought bosses.

it’s no doubt to say Scout is the best support class in Deep Rock Galactic.

Since most of the death in DRG is by fall damage (and bugs too), Scout is the only dwarf who can climb up and down safely to revive the others.

If there are way too many bugs and your friends are down, you can use the grappling hook to get away and lure the bugs with you. Then quickly come back to revive your teammate.

To support your dwarves better, it’s recommended to use the Field Medic perk. It makes the revival process 30% faster and provides 1 instant revive for each mission.

Alternatively, the Gunner is the second-best support class in DRG because of his protective shield. Also, he has big guns, and the best defense is a good offense!

What’s your favorite class in Deep Rock Galactic so far?

Whatever you play, let’s keep collaborating with other dwarves to complete your missions and escape the Hoxxes planet. Because that’s how we fight for Rock and Stone!

Deep Rock Galactic – How to Get Pickaxe Parts

Deep Rock Galactic – What to Do With Gold