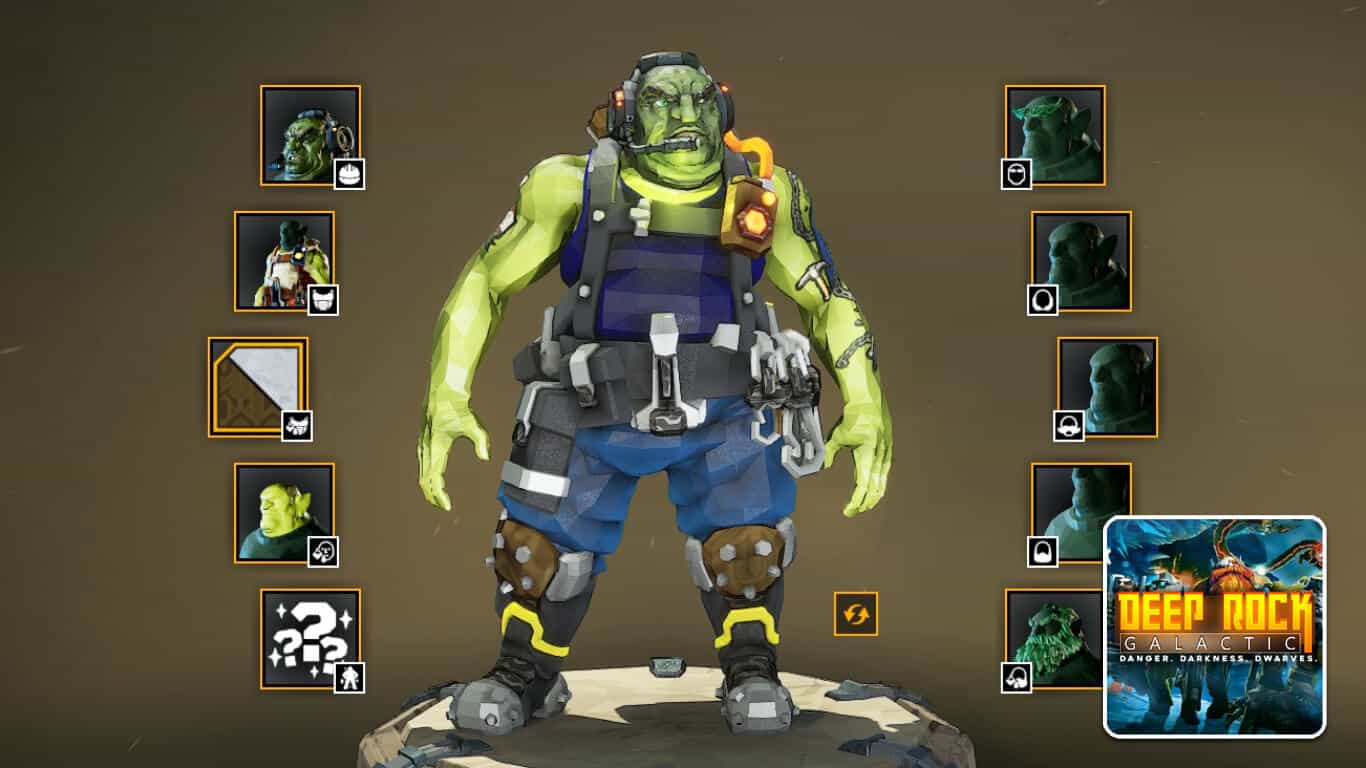 Have you ever thought about mining with a dwarf before? Unlike other games, dwarves in Deep Rock Galactic are fancy, funny, and passionate about their mining job!

To make your dwarves even fancier, you can equip them with a variety of cosmetics, such as a pinky flamingo hat, fancy beards, or a gorgeous mustache.

In this article, we’ll show you how to unlock cosmetics in Deep Rock Galactic!

Recommended Read: How to Get More Ammo in Deep Rock Galactic

You can unlock cosmetics in DRG in several ways, including purchasing them from the Accessory Shop, finding Cargo Crates and the Lost Packs, or forging Matrix Core Cosmetics in the Forge.

Let’s see how to unlock cosmetics with each method!

How to Get Cosmetics in Deep Rock Galactic

In Deep Rock Galactic, there are hundreds of cosmetics for you to try, and they’re divided into different categories, including:

You can spend Credits (from 70 to 80,000 and more) and crafting materials to purchase cosmetics or forge them in the Forge. For other special cosmetics, you can collect them in Cargo Crates or The Lost Pack for free!

Currently, there are 146 cosmetics (or 182 with all DLCs) in the Accessory Shop, and you can buy them with Credits and crafting materials, or you can purchase them using Phazyonite – a rare material found on the Hoxxes planet.

You can only buy character’s appearance cosmetics in the Accessory Shop. For weapon or armor skins, check other methods below.

Moreover, some cosmetics in the shop require you to reach a certain Player Rank (blue level), so make sure to grind for that too!

One simple trick to buying as many cosmetics as possible in the Accessory Shop is to mine a lot of gold in missions, which can be converted into Credits later.

Then use Credits to buy cheap items in the Accessory Shop to increase your shop mastery level, which will reward you with free Phazyonite. Next, use the free Phazyonite to buy more cosmetics and repeat the process.

Cargo Crates have a 15%, 20%, and 35% to spawn on a 1, 2, or 3 mission length, respectively. When repaired by inserting 2 batteries into it, you can claim the precious loot inside.

Within the Cargo Crates, besides crating materials, you can loot up to 168 weapon frameworks, 48 victory moves, and 1 Bosco framework.

You can’t buy those cosmetics since they’re a little bit special! The fastest way to farm them is to join 3-length missions and pay attention to the Cargo Crate’s pulsing sound.

This is your main source to get pickaxe cosmetics in Deep Rock Galactic!

The Lost Pack has the same chance to spawn in a mission like Cargo Crates, but the finding process is a little bit different.

First, you need to locate the Lost Helmet spawn randomly by its beeping sound. After you’ve scanned the helmet, a new secret location will be revealed on the map. Let’s dig there!

Through weekly assignments like Weekly Core Hunts, you can receive at least 1 Matrix Core Cosmetics for free. Just head to the Forge terminal and let the dwarf forge it for you.

To get more Matrix Core Cosmetics, you can put a Blank Matrix Core into the Core Infuser, which can be found near any Machine Events in Deep Rock Galactic.

By forging, you can get up to 16 weapon paintjobs, 9 victory moves, and 76 character cosmetics. This brings the total number of cosmetics in DRG to 268 items!

So that’s 4 ways to unlock cosmetics in Deep Rock Galactic.

Whether it’s cool or funny, let’s choose the best outfit for your dwarves and show it to the bugs on Hoxxes! Rock and stone, to the bone!

Deep Rock Galactic – What to Do With Gold

Deep Rock Galactic – How to Level Up Fast