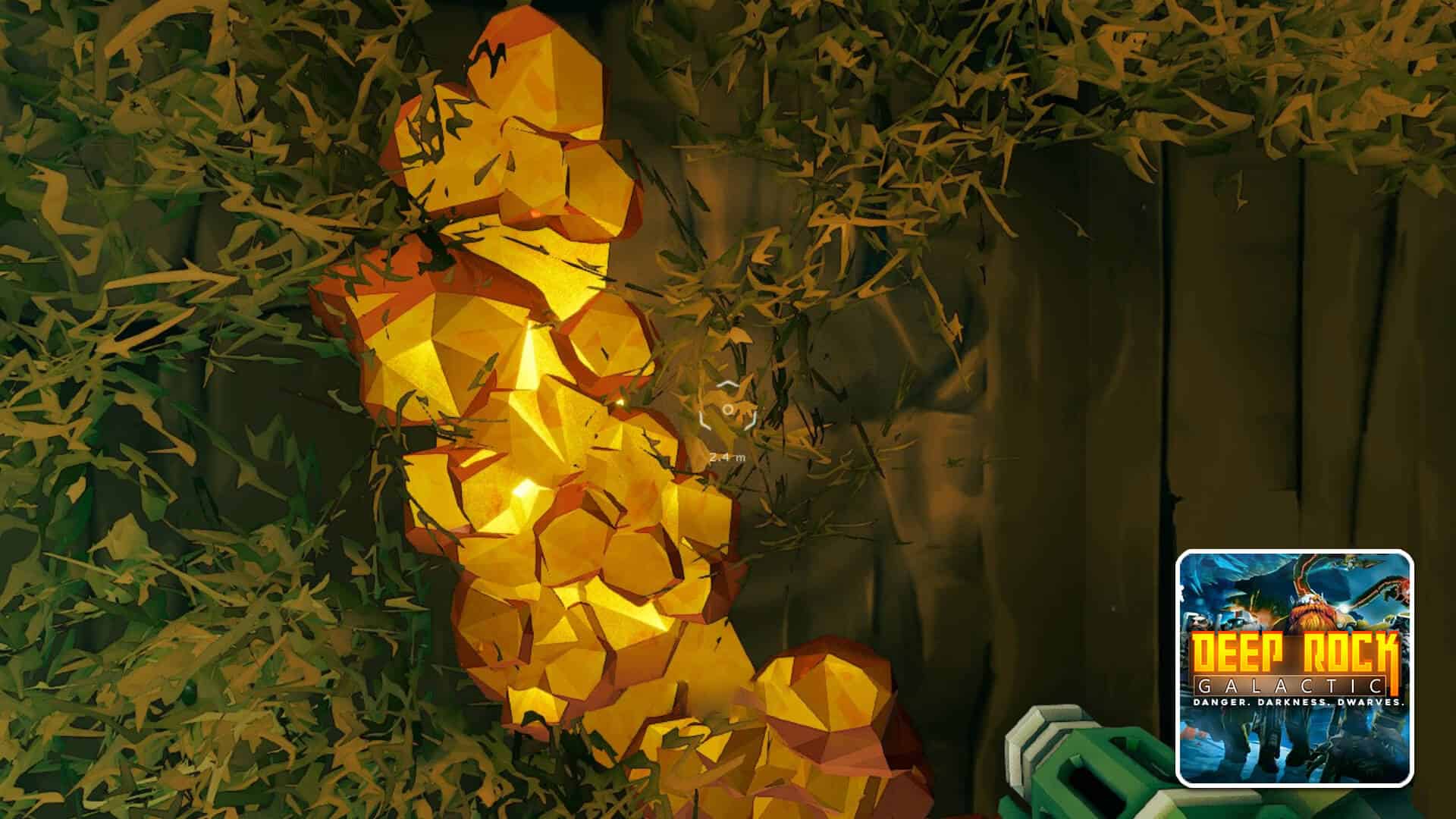 Gold is a universal currency in every single game nowadays. And it’s not an exception with Deep Rock Galactic.

However, you don’t actually spend gold in DRG. Instead, you convert it into another currency for many other purposes.

In this article, we’ll show you what to do with gold in Deep Rock Galactic.

Recommended Read: How to Level Up Quickly in DRG

You can only deposit gold into the MULE (Mining Utility Lift Engine) – the lovely walking machine that follows you in most missions – to convert gold into Credits. Later on, you can use Credits in many other features of DRG, like unlocking weapons, buying cosmetics, trading minerals, unlocking overclocks, and so on!

What to Do with Gold in Deep Rock Galactic

In Deep Rock Galactic, you can convert gold into Credits by depositing gold into the MULE.

The MULE is available in most missions, except On-site Refining and Point Extraction mission.

You can also deposit gold into any Drop Pods. They can be found at the end of the mission or at the center of the map in the 2 special missions above.

When you turn in your gold, it will be displayed in the MULE’s inventory in a 1-1 ratio, which can be seen at the top right corner of the screen. If it’s hidden, you can press Ctrl to display the panel again.

At this point, you can’t do anything with your gold!

When you’ve successfully completed a mission, each gold unit in the MULE will be converted into 2 Credits.

Typically, you can mine around 400 gold in each standard mission in DRG, plus around 500-1980 from the primary and secondary objectives, giving you about 900-2380 Credits in the end.

Now let’s see what you can do with your Credits (or gold) in DRG!

Just completed your weapon license assignment and unlocked a new weapon in DRG? You’re not there yet!

To use new weapons, besides doing the assignment, you must buy them using your Credits and rare minerals. The price is not that high (around 8,000), but the result is totally worth it.

Weapons in DRG come with several upgrades in different tiers. And you know the rules, the upgrades also cost a little number of Credits and rare minerals. So gathering anything you see at Hoxxes will help a lot!

Overclocks is a powerful feature unlocked after your first promotion in DRG.

When you’re at the Space Rigs, go straight near the end and look for the Forge terminal. This will show all the overclocks you have found so far.

Without cosmetics, the fun of DRG is drastically decreased. And that’s why the developers add many items in the Accessory Shop so you can buy and change your dwarf’s appearance.

Most items in the Accessory Shop are quite cheap. You can buy them for 40 Credits to a few thousand and up to 30,000 Credits for a single haircut. So please hold back your shopping addiction and save Credits for important things.

In the trading area, you can sell your rare minerals for Credits and vice versa. If you’re short of Credits, you can always use this method to get more!

Besides the trading system, the trading area also provides daily offers. This allows you to sell minerals for more Credits or buy rare minerals with fewer Credits than usual. Quite convenient!

Besides weapons, you can also upgrade your pickaxe and Bosco (APD-B317) with Credits and rare minerals.

Opposed to other features, a pickaxe or drone only requires a small number of Credits. With 10,000 Credits or less, you can have a fully upgraded pickaxe for your next missions!

Remember that fancy Abyss Bar in the separate corner? With less than 100 Credits, you can buy up to 4 fresh beers for your beautiful dwarfs.

To unlock new beers, you have to spend more than that! The beer license cost varies between 350 and 1,500 Credits. Fairly cheap, and you only need to unlock them once since later brew will cost you brewing materials, not Credits.

You can also give tips to Lloyd, the robotic bartender, for 2 Credits each time.

Behind the Abyss Bar is the Jukebox. It contains a lot of music from different genres and costs you 2 Credits per usage.

Whenever you pay, the music will start playing, and the nearby dwarfs start dancing. You will laugh out loud when looking at those grumpy dwarfs in their ridiculous moves.

Nothing is more important than having a beer with your teammate while dancing. And DRG perfectly simulates this!

Finally, the last thing you want to do with your gold in Deep Rock Galactic is promotion!

What a weird company because you have to pay a lot of Credits and rare minerals in order to promote! You will need at least 8,919 to promote the first time. Then the number is significantly increased up to 147,164 Credits for the final promotion.

So those are the 8 things you can do with gold in Deep Rock Galactic.

Remember to gather any gold veins you see, and you can achieve your goals soon! Rock and stone!

Deep Rock Galactic – How to Promote a Character