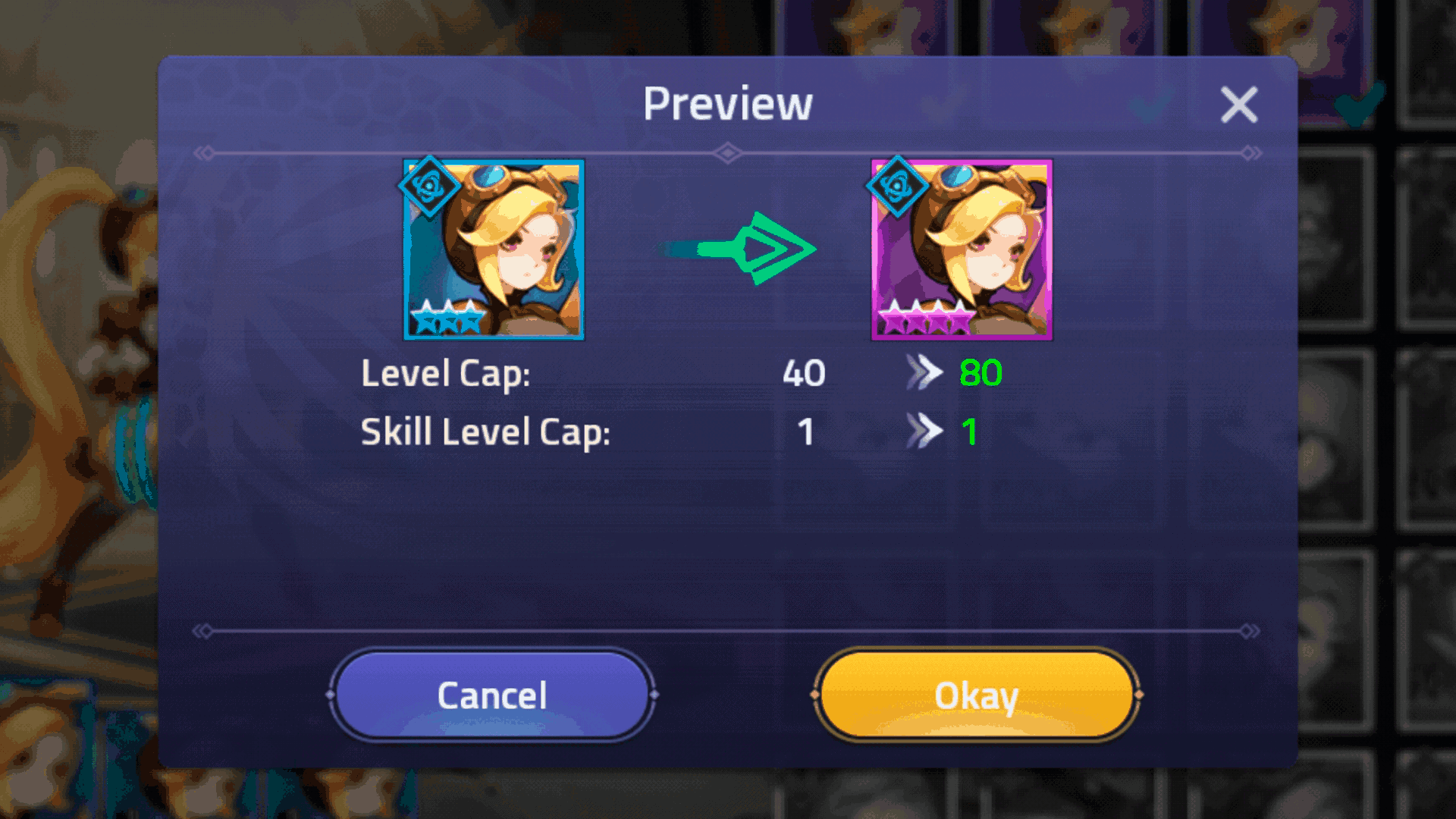 Upgrading your heroes is necessary if you wish to progress through the campaign in Mobile Legends: Adventure.

There are several ways to upgrade a hero, and thereby increase its power.

We cover the following methods on how to upgrade your hero in this guide.

Leveling up heroes is the primary way to increase the power of your heroes while progressing through the campaign.

It costs Hero Experience and Battle Points to upgrade heroes.

Whenever a hero is set to upgrade or learn a new spell, that specific level up also requires Advance Stone.

A tip regarding leveling up heroes is that you should spend your resources wisely.

If you level up a bunch of different heroes, you will progress at a slower pace, than were you only leveling a select few heroes.

Therefore, try to obtain the heroes you wish to be on your team late game.

This doesn’t matter as much early game, just keep this in mind when you get to the mid-late game.

Fusing heroes is the process of combining heroes into a more powerful version of that hero.

Fusing is done through the Fusion Shrine.

Not only does fusion increase heroes’ stats, but it also increases their level cap, and therefore their ability to attain even greater power and skills.

The requirements for hero fusion depends on the star-rarity of the hero you wish to fuse.

A 3-star hero requires two copies of the same hero also of 3-star rarity in order to rank up to 4-star.

Below you find the requirements for each fusion stage.

You can further increase the power of your heroes by enhancing their gear.

All equips in the game boosts the stats of a hero, but those boosts can be increased with enhancements.

To enhance gear, go to the Heroes tab, tap the hero which’s gear you wish to enhance, and tap the Equipment tab.

Tap the piece of gear you wish to enhance and press Upgrade.

That particular equip will now give your hero better stats than before.

The cost of enhancing items are Battle Points and Equipment Coins.

Notice, only equipment of Uncommon grade or higher can be enhanced.

Once a hero reaches lvl 41, you unlock the rune system for that particular hero.

Runes are buffs that increase everything from attack/magic power to HP.

There are several ways to obtain Rune Emblems including completing tavern missions, doing the crusade, and collecting idle rewards.

Another way to increase a hero’s power is by upgrading their skills.

Once a hero reaches mythic 2-star, also known as 7-star, you can upgrade their skills.

In order to upgrade skills, you need skill stone.

Learn more in our guide on how to get skill stone.

That’s how to upgrade heroes in Mobile Legends: Adventure!

How To Get Rid Of Heroes – Mobile Legends: Adventure