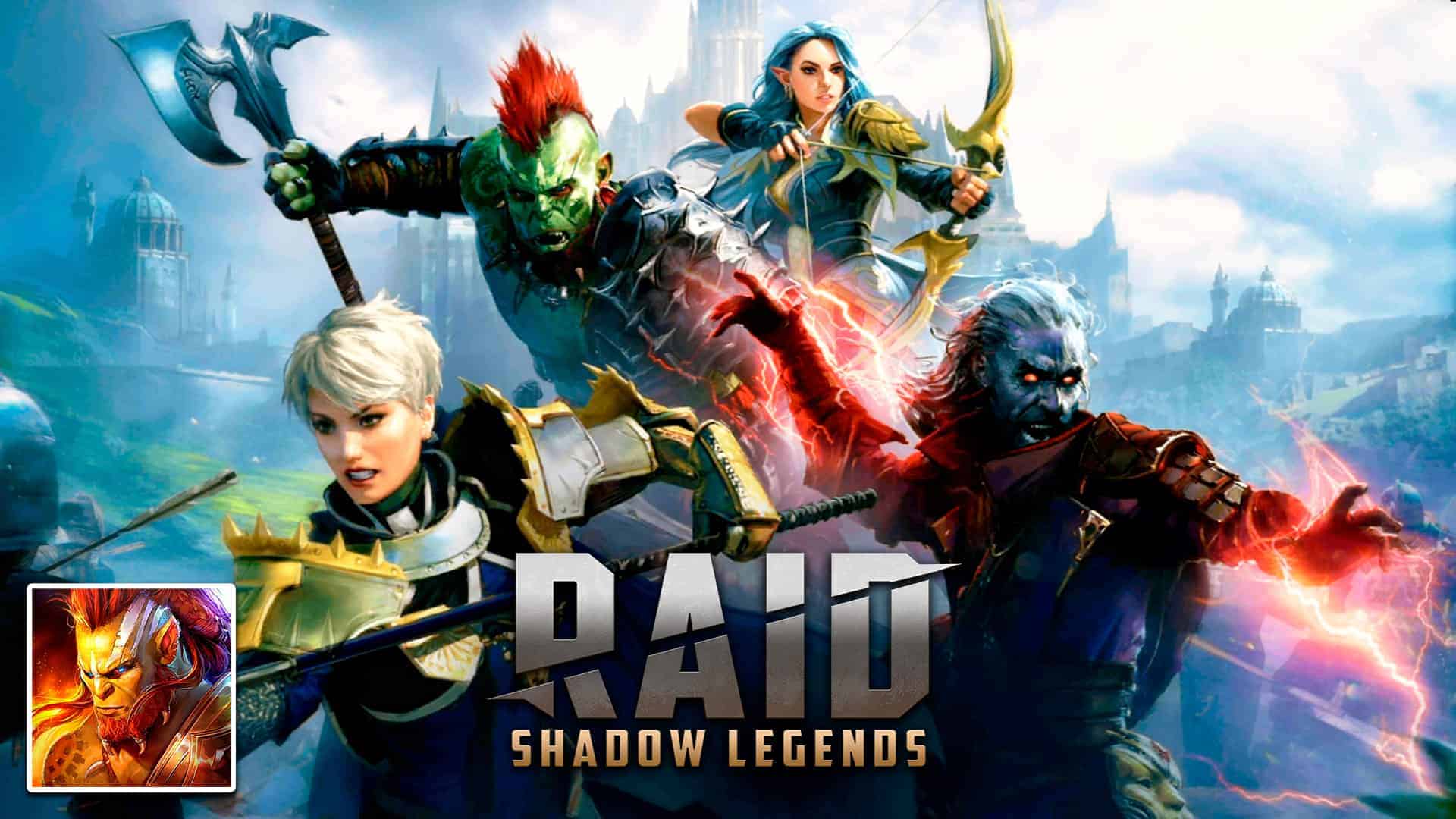 RAID: Shadow Legends features hundreds of unique champions, each with their own set of abilities and playstyle.

Which champions should you focus on, and where should you spend your resources?

Find out in this complete tier list of the best epic and legendary champions in RAID: Shadow Legends.

All of these champions will perform well on any late-game team. Thus, they are all safe to invest significant resources into once you acquire them.

To get a more in-depth view of each champions’ potential, you’ll find a full tier list below, as well as explanations and tips.

In the following table, you’ll find all epic and legendary champions ranked in tiers from S to D, S being the best, D being the worst.

A tier list like this one gives a great indication of which heroes are worthwhile to invest resources into, and which ones you might want to swap out.

When creating your team, there are other factors to keep in mind than just individual power of champions.

Learn more about these factors in our RAID: Shadow Legends team building guide.

A Tier – Champions in this tier are above average and has a lot of potential. You can safely use these champions on your team, especially if they have great synergy with other champions currently on your team.

B Tier – These champions perform as you’d expect, they aren’t strong per se, but aren’t weak either. If you a champion with a specific role, ability, etc. you can look for them here if need be.

C Tier – In the C tier, you’ll find champions who are underperforming, and thus resources shouldn’t be invested heavily into these champions.

D Tier – The weakest champions with the least impact reside in this tier. If you have any of these on your team, you should aim to replace them if you wish to maximize your team’s potential

Let’s take a look at some of the S-tier champions and what makes them strong enough to claim this tier on the list.

Tayrel is an incredible hero to bring in terms of tankiness.

Just having him on your team increases the defense stat of all allies by 25% at all times.

Tayrel also has a skill that decreases the enemy’s turn meter by 50% and stuns them for 2 turns if the attack depletes their turn meter.

Because of his skillset, Tayrel is an excellent crowd control champion that can turn around a fight entirely.

Bad-El-Kazar is a popular pick amongst top players of RAID: Shadow Legends.

He is most known for his incredible skill, Dark Sphere.

Dark Sphere damages all enemies and heals Bad-El-Kazar and all his allies by 20% of the damage dealt.

Bad-El-Kazar makes up for the loss of damage associated with bringing a healer on your team, making him an obvious pick for many players.

Furthermore, Bad-El-Kazar can disable all debuffs on allies and has an aura that buffs all allies’ crit rate by 25% at all times.

All of these things make Bad-El-Kazar one of the very best champions in the game.

Vizier Ovelis is an incredible attacker and debuffer.

All of Vizier Ovelis’ skills deal damage, and apply some kind of debuffs.

His debuffs decrease the enemies’ defense and attack stats.

Vizir of Poisons, his 5 turn cooldown skill, not only deals a ton of damage but also applies spreads the debuffs on the target to other enemies.

Furthermore, this skill places Perfect Veil on Vizier Ovelis for 3 turns, if he doesn’t have 2 or more debuffs on him.

Another attribute Vizier Ovelis is known for, is his aura which increases the attack of all allies by 34% in dungeons.

When building your perfect team, you’ll likely find yourself in the situation of needing a champion of a specific role to balance out your team.

To help you out, we’re featuring what we believe are the best champions from each role in this section.

Notice, the perfect team doesn’t necessarily consist of all roles.

We have, however, found that having too many champions of the same role can be damaging to the team.

In general, it’s best to bring a variety of roles.

As the name suggests, champions of the attack role specialize in dishing out tons of damage at the enemy, but often at the expense of not having buffs and high defenses.

Nevertheless, attackers are crucial for having enough damage to take down the enemy.

Here are some of the very best attackers in the game:

Champions of the HP role have a higher HP stat and defenses than other roles.

HP champions possess powerful healing abilities and buffs that increase the defenses of the entire team.

Because of this, HP champions are great for avoiding your team gets taken out quickly because of lack of tankiness.

The best HP champions in the game are:

Similar to the HP category, defense champions possess several buffs that increase the defenses and stats of ally champions.

Champions of the defense role usually also possess skills that place debuffs on the enemy or skills that protect allies from damage.

Some of the best Defense champions in the game are:

They possess skills that buff ally champions stats, including attack stats and critical rate, which HP and Defense champions do not.

Many support champions can decrease the duration of enemy buffs and debuffs on ally champions.

Even though support champions themselves usually don’t possess the best offensive skills, their buffs bring the entire team’s damage output and utility to new heights.

The best support champions in Raid: Shadow Legends are:

As a last note, we would like to add that many factors go into how powerful a team is.

We recommend considering other factors such as synergy and roles when creating your team.

We hope you enjoyed our take on a Raid: Shadow Legends tier list on the best champions and starters in the game.

If you have any input, recommendations, or feedback on this tier list, we welcome it in the comment section below.

Does RAID: Shadow Legends Have A Redeem Code Feature?