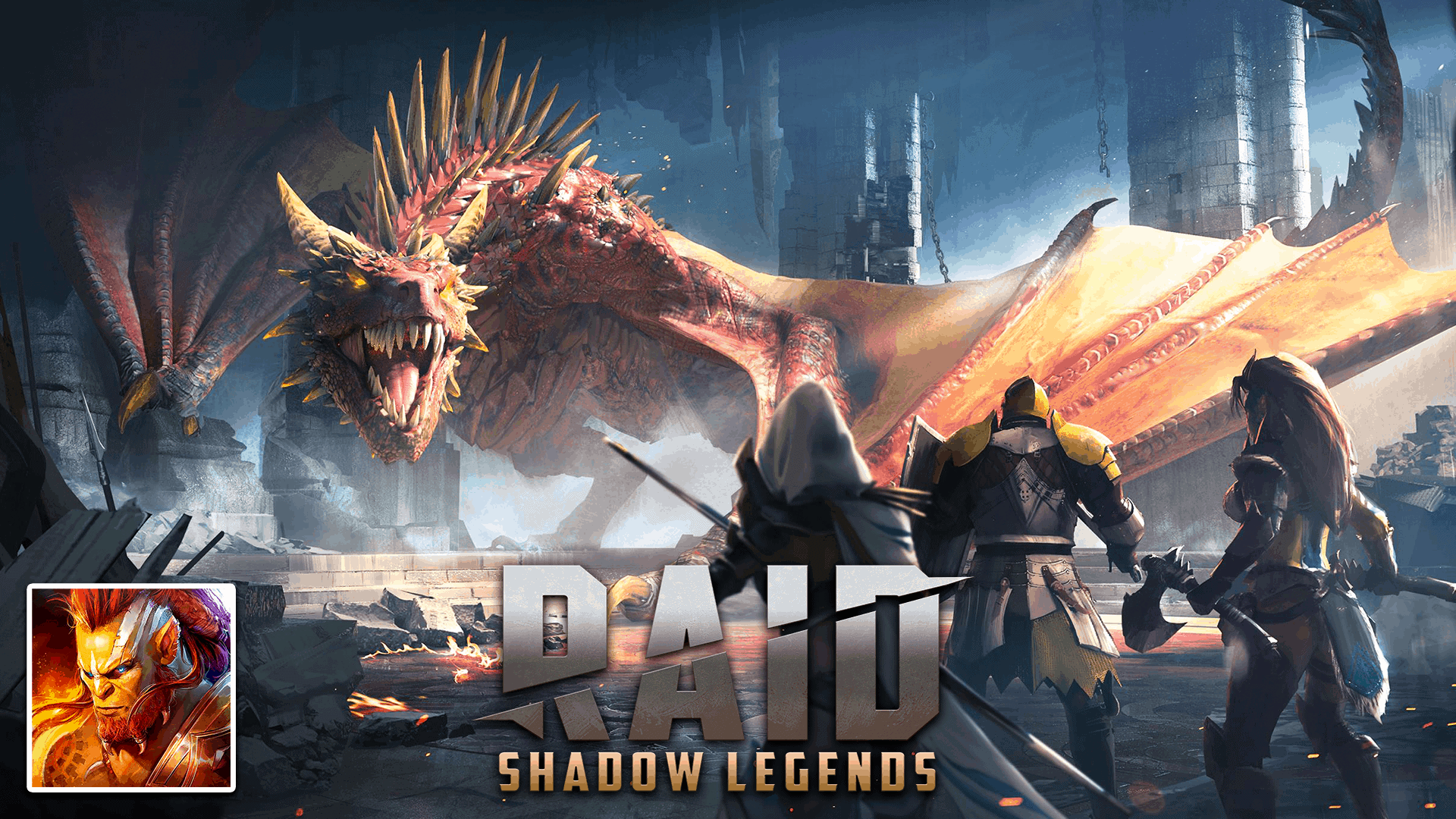 With more than 400 uniques champions in the game, players can create an unbelievable number of unique teams in RAID: Shadow Legends.

The number of champions paired with all the various aspects of combat and upgrading makes for an incredible number of strategic opportunities.

Many factors go into what makes a perfect team in RAID: Shadow Legends. Some of the most important aspects to consider when building your team is:

How you prioritize these aspects dictates how you should build a team.

Building a perfect team is a tough task as different players have a different perception of what makes an ideal team.

From our experience, we prioritize roles of champions, synergy, and individual champion potential first, then balance between damaging skills, buffs, and affinities on the team.

But, as mentioned, different players value different things on a team.

What makes a perfect team also changes depending on the game mode.

We have, however, found the above aspects important to consider for any game mode.

Creating a great team in no easy task. Therefore, we’ll look at some of the most crucial aspects you should consider when choosing which champions to put on your team.

We’ll also look at why these aspects are important and how to take advantage of them to increase your chances in battle.

All champions in RAID: Shadow Legends are one of the following four roles.

The balance of roles on your team is important. Having too many attackers can be damaging to your team, even though it will dish out a lot of damage.

Also, even though we believe having attackers is incredibly important, we recommend bringing at least one support and one HP or defense champion.

Bringing support and defense champions will give the team more utility and make it more adaptable to situations as you can change up your tactic in battle.

With a pure attacker team, you have no choice but to try and burst down the enemy before they take you out, which may not always work.

Keeping affinities in mind when creating your team is important.

There are four affinities, Magic, Spirit, Force, and Void.

If you only bring champions of the Spirit affinity on your team, you will be in trouble if you run into a Magic team.

Having a balance of affinities or having primarily Void affinity champions ensures stability.

Because of this, Void is generally considered the best affinity, as you can bring as many Void champions as you please, without hurting your affinity composition.

If you are building a team for a variety of game modes, you want to make sure your team has both buffs, AoE damage, debuffs, and high-damage single-target skills.

If you, however, are building a team for a specific game mode, this might not be necessary.

From our experience, having a mix of these skills will allow you to take on most setups of enemies.

Synergy is another aspect that is great to keep in mind when creating your team.

Synergy is a term for how good champions on your team work together.

In this case, you can buff that champion for a turn and dish out an insane amount of damage on a boss.

A setup like this can deal more damage than just having two champions use a damage skill.

Another example of synergy could be an extremely tanky HP champion and a support champion with a lot of healing skills.

In such a case, you can have a champion the enemy will have an incredibly difficult time taking out before you heal it back up.

Best champions for your team

Even though most epic and legendary champions in RAID: Shadow Legends excel at some niche, some champions are better picks in almost any situation.

Some of the very best champions in RAID: Shadow Legends, which can be used in almost any team composition include:

Let’s look at some of these champions and which qualities of theirs makes them solid picks all around.

If you are looking for an overall boost to your team’s defense and crowd control capabilities, go for Tayrel.

He brings an aura that boosts the entire team’s defense stat by 25% at all times.

Every single other skill Tayrel has, decreases the enemies’ defense and attack stats by placing debuffs on them.

An excellent quality to have on your team is healing. However, bringing a healer on your team often comes at the cost of lost potential DPS.

A champion that makes up for this issue is Bad-El-Kazar.

His Dark Sphere attacks all enemies and heals himself and all allies 20% of the damage dealt.

Bad-El-Kazar also has a skill that removes all debuffs from his allies, which is very useful.

Furthermore, he has an aura that increases the crit rate of his team by 25%, both of which are very strong.

You need champions capable of dishing out a ton of damage on any team.

Vizier Ovelis is a champion to consider for this role.

Not only does he pack a lot of attack, but his skills are all damaging abilities.

He excels at extending debuffs placed on enemies and even spreading them to other enemies.

Because of his aura, which increases all allies’ attack stat by 34% in dungeons, you need him on your dungeon team.

Check out our RAID: Shadow Legends tier list to get more inspiration for which champions to use on your team.

You can also find the role and affinity of any epic or legendary champion in our tier list.

So far, in this guide, we’ve given a wide range of tips on which factors you should consider when building your team.

Seeing some actual examples of great teams is, however, always very inspirational.

Therefore, we’ve gathered some examples of the best teams created by top players of the game.

We are going to show you some teams that are designed to do well in all game modes, but also some that excel at specific aspects of the game.

Here is a list of teams suited for different modes of the game.

These teams perform well overall in the game.

All of the following team examples are from top players from the rank one clan in RAID: Shadow Legends, Gallifrey.

This team is also great for overall purposes. D3M0NL0RD from Gallifrey has created this team, that consists of Arbiter, Martyr, Rae, and Skullcrown.

If you are looking to farm spider, building a team that can clear it quickly is essential.

This is the team we found that was able to do so the quickest. Notice, it is also very costly to acquire.

Beating Ice Golem’s peak can be very difficult, which is why you want a team set up with the right strategy to take it down.

We found a great example of a team to do just that.

Here is an excellent team for beating Fire Knight’s castle.

The team consists of a mix of healing, tankiness, and damage for an overall dominating performance.

A lot of new strategies have evolved from players in an effort to increase their damage dealt to the clan boss.

One of the most impressive teams we’ve found for this purpose was able to dish out more than 30 million damage on nightmare mode by using the double counter tactic.

Top player and YouTuber Kizzle has created this specific team for clan boss. It consists of Altan, Dracomorph, Valkyrie, Skullcrusher, and Bad-El-Kazar.

In the Arena, you can fight other players’ teams using 4 of your own champions.

Because you fight other players’ teams, you can face an endless amount of unique teams.

Choosing a single team is, therefore, difficult, but we did find one with impressive results.

This arena team has been created by YouTuber Furyn. The team consists of Rhazin Scarhide, Rae, Lord Shazar, and Arbiter.

The campaign features a wide variety of enemies and bosses, which changes what the optimal team is throughout the campaign.

It is, therefore, difficult to come up with one team that is the best for the campaign.

However, some champions, usually do quite well throughout the campaign.

The following is one of those teams that will have high chances of beating most levels if they’re upgraded enough.

This campaign team consists of Tayrel, Bad-El-Kazar, Arbiter, and Juliana.

You are now ready to build your very own super team in RAID: Shadow Legends with all the tips and inspiration given in this post.

If you have any other tips or input you believe should be in this guide, let us know in the comments below.

RAID: Shadow Legends – Forge Guide: Sets, How to Use, Wiki