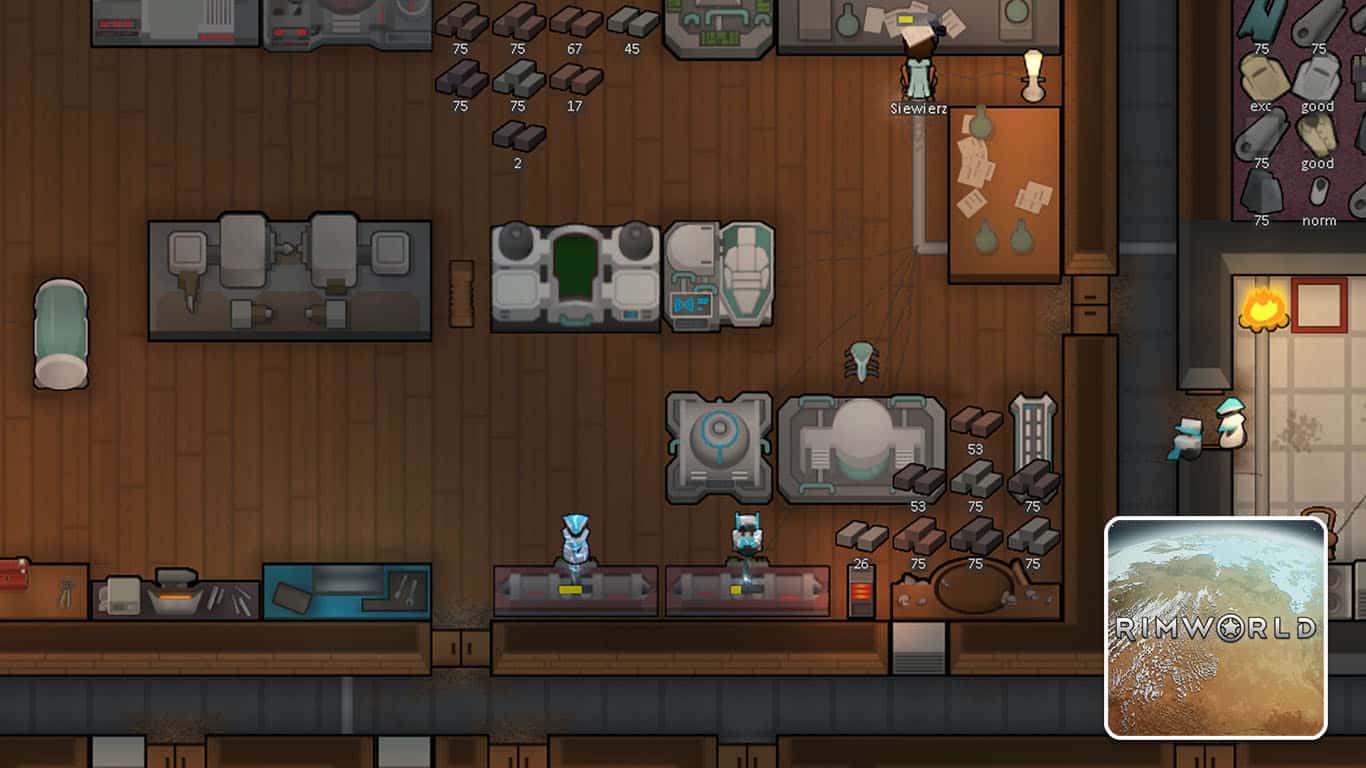 With the help of the genetics system added to this DLC, you can have more fun than ever in RimWorld.

Recommended Read: What Happens After You Build a Spaceship in RimWorld?

However, there were a lot of things added, and you won’t really understand anything by just looking at all those genes.

So, here is an extensive guide explaining genetics, how genes work, what types there are, and many other things regarding the Biotech system in RimWorld.

How Does the Genes System Work in RimWorld

The genes system exists to help improve your pawns into supernatural beings in RimWorld. From vampires to fire imps, you can create any type of humanoid being using genetics.

You can create all of these unique humanoid beings using special genes. Each special gene can have positive and negative traits.

There are around three buildings that you will have to construct and use to start creating these advanced humanoids, which will have two types of genes.

All Gene Types in RimWorld

There are two major types of genes that your pawns can have:

Germline genes are genes that you can inherit and pass on to your offspring. A pawn with specific germline genes will always pass them over to their child.

A pawn can get Germline genes (or Endogenes) from their parents or at the start of the game through the scenario setup.

There is no way to change Germline genes. You can’t remove them or add more to your colonists during your playthrough.

Xenogenes are genes that you can implant into your pawns. You can change, remove, and add Xenogenes to your colonists at any time.

Xenogenes are not inherited by children. This means that whatever changes you make to a pawn will not remain for their child.

What is Gene Complexity and Metabolic Efficiency in RimWorld

Each gene that you will find in RimWorld has a gene complexity number and a metabolic efficiency one.

Gene complexity will always be a positive number, and metabolic efficiency can be positive or negative.

Gene complexity is a number that represents how hard it is to assimilate a gene into a genome. Complex genes are much more difficult to assemble and implant into a pawn.

If you have a complex gene, then it will also take longer for it to regrow if you extracted it at the gene extractor. We will explain gene extraction in more detail below.

If you tried to make a really powerful pawn with only good genes, they would most likely have to eat as many as 10 people in a day.

The hunger rate that you can get due to genes has caps. You can have a minimum of -5 metabolic complexity, which will give your pawn a hunger rate of 225%.

Luckily, there are many genes that have a 0 in both gene complexity and metabolic complexity. Almost all the aesthetic genes (hair color or physical traits) won’t have a number in these two categories.

What are the 3 Research Projects for Genetics in RimWorld

There are exactly 3 research projects you can do for genetics in RimWorld:

The Xenogenetics research project will unlock the Gene Assembler, the Gene Bank, and the Gene Extractor.

Using these three buildings, you can create a Xenogerm from scratch that has a maximum complexity of 6.

The Acrchogenetics research project will allow you to build Xenogerms with Archite genes. These genes are a lot more powerful than normal genes and work in many ways as cheats.

The Sanguophage (the vampire) has 7 of these Archite genes, which make it ageless, deathless, and scarless.

Using the Gene Extractor, you can extract the genes of pawns, prisoners, and slaves in RimWorld.

You just have to click the Gene Extractor and then the Insert Person button. Choose the person you want to extract genes from a wait for a few hours for the process to happen.

Once genes have been extracted, you will see a genepack on the floor next to the extractor. The genepack will have one or more genes inside it from the pawn that you used the extractor on.

You will need to deposit these genepacks inside the Gene Bank. Otherwise, they will deteriorate out in the open.

A person that just went through a gene extraction will suffer from two debuffs:

How do Gene Assembly and Xenogerm Implantation Work in RimWorld

Once you get your hands on some genepacks you can assemble a Xenogerm at the Gene Assembler.

Just select the assembler and click the Recombine button. You can now create a Xenogerm using the genepacks that you extracted.

You will see all the genes that your new xenotype humanoid will have, the complexity of your build, and the metabolic rate.

Players will also have to name the new xenotype they are creating since this will be the new “race” of the pawn that will have that Xenogerm implanted into them.

How long the Xenogerm takes to be created will be decided by the complexity of the xenotype you are making.

After you’ve created the Xenogerm, you just need to implant it into a pawn. You can do this by selecting the Xenogerm, pressing the Order implantation button, and selecting a pawn to get it.

Your pawn will have to go through an operation that can last very long if the xenotype is complex, and they will also get a debuff, Xenogermination coma, which will last based on complexity again.

The coma can last a few days. The game will always tell you how long it will last when you decide to give the Xenogerm to someone.

If the pawn you are trying to give the Xenogerm to already has some Xenogenes, then those will be overridden and forgotten.

Every time you give a pawn a new Xenogerm they will lose all the Xenogenes they had before. However, Germline genes will always remain.

Can You Remove Genes in RimWorld

There is no way to remove genes in RimWorld. However, you can always override them.

If, for example, you have a Germline gene that makes you weak to the cold, you can just implant a gene that gives you cold tolerance.

The Xenogene will always override Germline genes, and Xenogene can always be replaced with other Xenogene.

Since you lose all the Xenogenes you had before an implant, you can easily remove genes by replacing them.

So, if you want to remove a gene in RimWorld, all you need to do is either replace it or override it.

What are Archite Genes and Archite Capsules in RimWorld

There are 7 Archite genes that you can give your pawns in RimWorld. All of these are available for implants once you research the Archogenetics project.

You can get Archite genes from exotic traders and from vampires (Sanguophages), since they have all the 7 Archite genes by extraction.

To use an Archite gene in your Xenogerm, you will also need Archite capsules, which are only available from exotic traders and quests.

You will need one Archite capsule to use one of the Archite genes in your Xenogerm, besides the Archite metabolism gene, which needs two.

This means that if you want to make a Xenogene with all the Archite genes, you will need 8 Archite capsules.

That’s everything you need to know about genetics and genes in RimWorld!

RimWorld – Can Colonists/Pawns Get Pregnant?