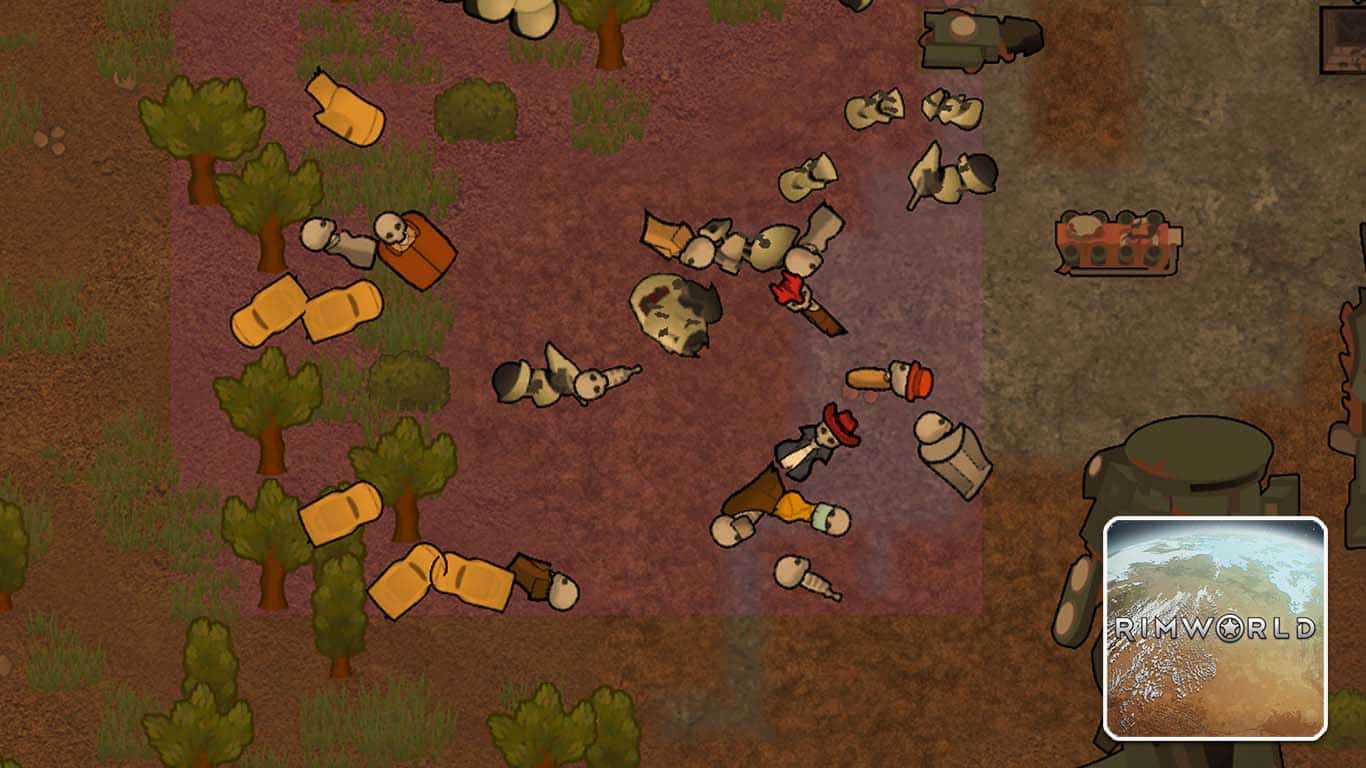 As you suffer through thousands of raids in RimWorld, you might want to get their cool clothes and make your pawns stronger.

Well, every time you get clothes of a dead settler, the clothes will get the tainted apparel debuff which will upset each one of your pawns.

Recommended Read: What to Do With Toxic Wastepacks in RimWorld

This is a horrible debuff that will upset your pawns forever and will annoy you each time a raider dies while wearing cool clothes.

So, here is what you can do with old tainted clothes in RimWorld, so those pieces of cloth don’t go to waste.

What Are Tainted Apparel in RimWorld

Each time a pawn dies with clothes on, those pieces of apparel become tainted. The tainted modifier exists to annoy pawns when they wear the clothes of dead people.

This annoying modifier exists, so players can’t abuse raids. You can easily get incredible clothing from raiders by building a successful settlement and waiting for powerful raiders to come.

However, all you can do is get their weapons since tainted clothes, usually, can’t even be sold to traders.

Depending on the number of tainted clothes your pawn wears, they get more and more debuffs to their mood:

So, you can’t wear them, and you can’t sell them. What can you do with tainted apparel in RimWorld?

What To Do With Tainted Clothes in RimWorld

There are only two things you can do with tainted clothes (apparel) in RimWorld:

If you are lucky, a trader will come over to your base and will accept your tainted apparel for a lowered price. However, many traders won’t even accept them.

This is why you should probably destroy tainted clothes. There are two easy ways to get rid of tainted apparel.

The first thing you can do is select a campfire or a crematorium and add a bill to burn apparel. Once the bill appears, go into details and make sure that only the “Allow tainted apparel” option is turned on.

Then, make sure the bill is done forever and you are done. Your pawns will slowly burn all the tainted clothes.

Players can also just create a stockpile in a river or water in general and select that only tainted apparel is allowed there.

Clothes usually deteriorate really fast outside, so putting them in water will destroy them in a day or two.

Worst case scenario, if the clothes are outside, you can just leave them there and ignore them. If, for some reason, you really need clothes, you can wear them for a little while until you get some actual reasonable clothes, knowing the exact debuffs you are going to get.

That’s everything you need to know about what to do with old tainted clothes in RimWorld!

RimWorld – What Is Best to Research First (Priority List)

RimWorld – Where to Get a Reinforced Barrel