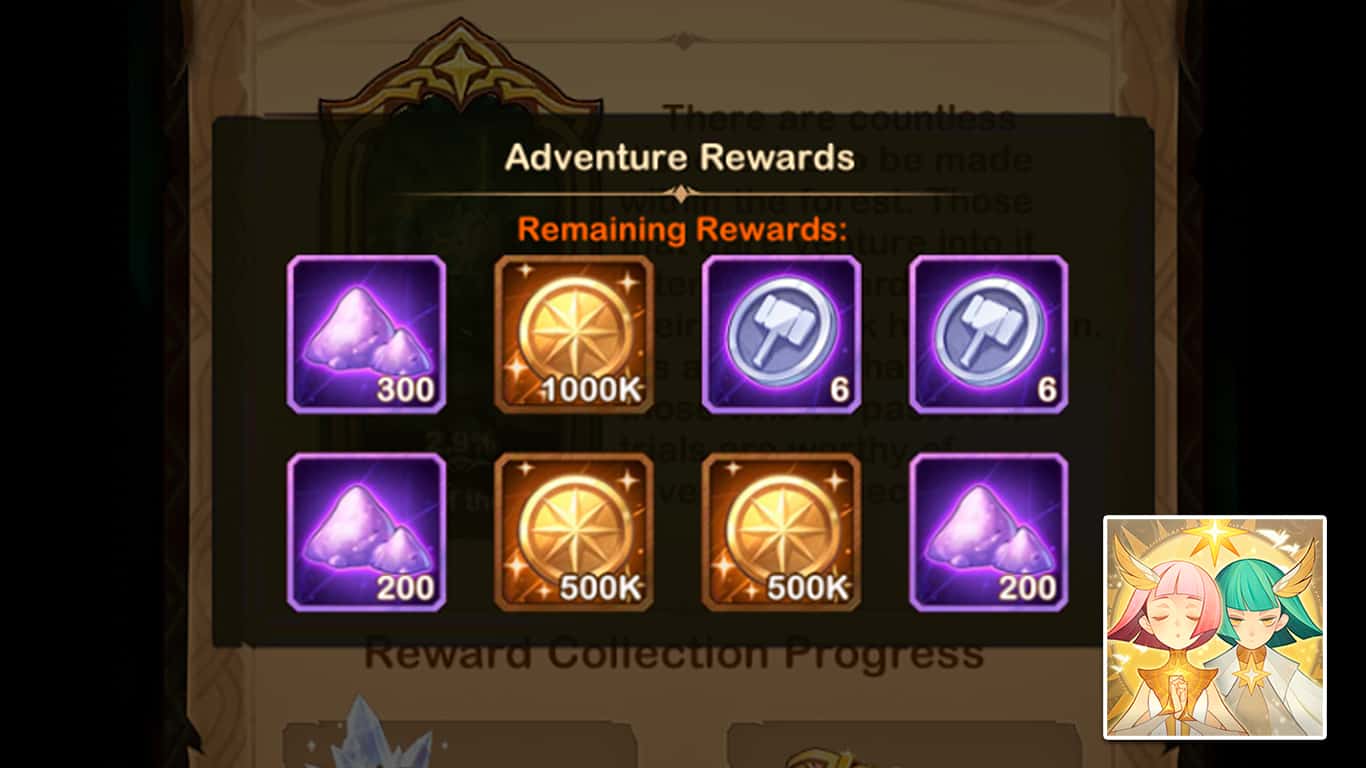 Gold is one of the most important resources to collect in AFK Arena. So you should spend it wisely.

You need gold for many purposes in the game, including upgrading your heroes and enhancing gear.

Luckily, there are quite a few different ways to get Gold in AFK Arena, all of which we’ll show you in this guide.

Find more information on each of these methods below.

Your team automatically earns you both gold and hero experience, which you can claim on the Campaign tab of the game.

The amount of gold and hero experience your team passively generates per minute depends on how far into the campaign you’ve progressed, as well as your VIP level.

The number of hours worth of resources you can maximum hold in your AFK Rewards also depend on your VIP level.

Be sure to claim your AFK Rewards minimum every 12 hours or however many hours worth of rewards you can hold to get as much gold as possible.

The Guild Hunt consists of two bosses, Wrizz and Soren, who you can challenge twice a day.

Before you can challenge Soren, your guild needs to have collected enough trophies, and your guild leader has to start the hunt for him, though.

You can access these two bosses by going to Ranhorn, then Guild at the top of the town, and then selecting Guild Hunting.

You will get various rewards from challenging these two bosses, including gear, diamonds, and, of course, gold.

The amount of gold you get per guild hunt boss run depends on the amount of damage you deal to the boss.

Therefore, the amount of gold you earn from the Guild Hunt will increase throughout the game and can be drastically increased by building a strong bossing team.

A way to instantly get a handful is gold is by using the Fast Rewards feature.

The Fast Rewards feature gives you two hours’ worth of gold and hero experience upon use.

You can find the Fast Rewards button in the bottom right corner of the Campaign tab of the game.

Every single day, you can use Fast Rewards one time for free, after which it costs diamonds.

As it’s not worth it to spend diamonds on Fast Rewards, you should only use your daily free use.

There are cold to be earned in the quest tab of AFK Arena.

The second quest reward chest in the dailies tab contains a 2-hour gold hourglass. You need 40 daily quest points to unlock this chest.

In the weeklies tab, both the first and third rewards chest contain an 8-hour gold hourglass. You need 60 weekly quest points to unlock both of these.

Some campaign quests also give gold as a reward, for example, the Accumulate, a total of X amount of gold, while AFK quests.

Progressing through the campaign will get you gold, as one of the rewards from completing stages is gold.

The amount of gold you get per stage completed isn’t much, at least later on in the game.

However, progressing will also increase the amount of gold you generate per minute from AFK Rewards, so it’s well worth your while.

Redeeming Redemption Codes is a quick and easy way to get gold in AFK Arena.

Redemption Codes are codes issued by the developers of the game for players to claim.

Sometimes, the rewards of these codes include gold.

If you don’t know how to redeem codes, then check out our guide on How To Redeem Redemption Codes in AFK Arena.

As redemption codes expire after a while, go check out our AFK Arena Redemption Codes List to make sure you get to claim all current active codes.

Beating stages in the King’s Tower is another great way to earn gold.

The King’s Tower consists of floors with one team per floor. Each time you clear a floor, you get a reward, which includes gold.

It will, however, depend on how much you’ve been doing it.

If you haven’t done it in a while, then you can clear a lot of floors and thereby get a lot of gold.

But, if you are currently stuck on a floor, then there obviously won’t be much gold to gain from King’s Tower until you become stronger.

Arena of Heroes is the PvP system in AFK Arena, where you can fight other players’ teams.

When you win a battle in the Arena of Heroes, you get a reward.

One of the rewards that you can get is gold. It is not certain that you will get gold, though, as there are a few different items in the reward pool.

You have three daily free entrances in the Arena of Heroes, so be sure to use all of them.

There are always events running in AFK Arena.

In these events, you can earn different rewards, and sometimes those rewards include gold.

Therefore, make sure to check out what events are active at the time that you are reading this.

You can see all active events in the left-side menu on the Campaign tab of the game.

Peaks of Time is a series of small story puzzles located in the Dark Forest.

In these puzzle stories, you’ll be exploring a map full of enemies, chests, and more.

The chests you find inside the Peaks of Time contain useful rewards, including gold.

The amount of gold you get from these chests increases each time you unlock a new story.

Be sure to do Peaks of Time, as the amount of gold you get per gold reward is a lot relative to how much you get from other sources.

You can get gold from completing bounties in AFK Arena, which are, but require some waiting.

To see all the bounties you can currently do, go to the Dark Forest and select the Bounty Board.

Here you will see a list of all bounties that are available to do as well as their rewards, time to complete, and remaining time.

The rewards from some of these bounties are gold.

All you have to do to start them is choose the required combination of heroes.

After that, come back to the Bounty Board when the bounty is done to collect your rewards.

Make sure to start all the bounties that you can, as they are an easy way to get gold.

Especially make sure to start all team bounties that you can, as they give many more rewards.

Also located inside the Dark Forest, the Arcane Labyrinth is another way to earn gold in AFK Arena.

Every tile in the Arcane Labyrinth with a chest on is a team of enemies you can challenge.

When you beat a team of enemies, you get a reward, which includes gold.

As there are a lot of enemies to fight in the Arcane Labyrinth, you can earn a lot of gold there.

The Voyage of Wonders is a collection of puzzles to complete.

You can access the Voyage of Wonders inside the Dark Forest.

Through each puzzle in the Voyage of Wonders, you’ll be fighting enemies and finding chests.

Some of these chests contain gold, depending on what voyage you are doing.

As only one or a few voyages are open at a time, you might not always be able to get gold in the Voyage of Wonders simply because not all voyages have gold as a reward.

An interesting way you can get more gold in AFK Arena is by doing Battle Wagers.

A Battle Wager is where you bet on who will win a battle in a PvP tournament.

You can do Battle Wagers by going to the Arena of Heroes, choosing an active tournament, and clicking Battle Wager in the top right corner.

That’s how to get gold in AFK Arena!

AFK Arena – How To Get Diamonds