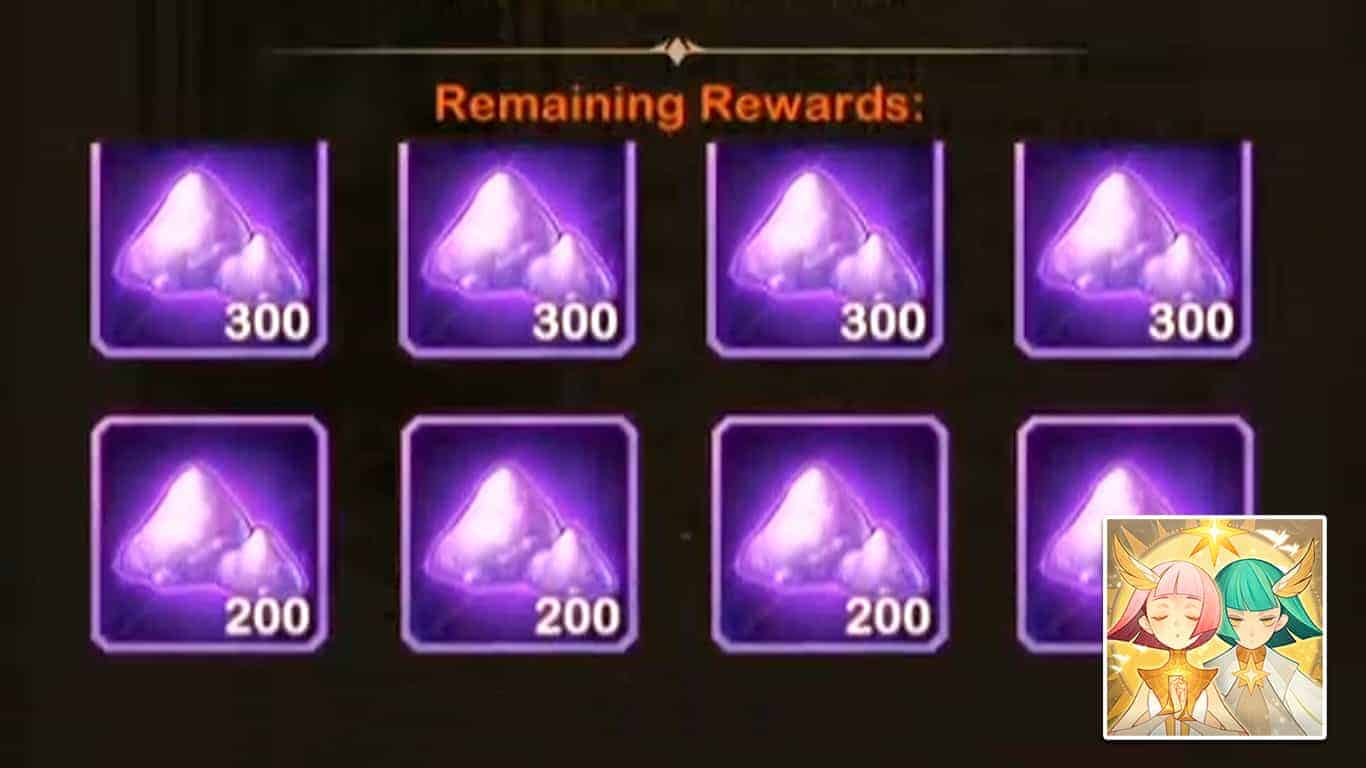 Hero’s Essence is one of the most important resources in the game to collect, as you’ll find yourself in need of lots of it quickly.

In short, you can get Hero’s Essence in AFK Arena by doing Bounties, Noble Society, Peaks of Time, Events, Quests, King’s Tower, Arcane Labyrinth, Voyage of Wonders, Arena of Heroes, buying it in the Store, by retiring heroes, and collecting AFK Rewards – more information on each method below.

Completing bounties is an easy way to get Hero’s Essence in AFK Arena.

You can find all your available bounties on the Bounty Board located in the Dark Forest.

Recommended Read: How to Get More Heroes in AFK Arena

To start a bounty, click Dispatch, and choose the required combination of heroes.

Once you’ve started a bounty, you have to wait until it’s finished before you can collect its rewards, which means this method can’t get you Hero’s Essence here and now.

However, as starting bounties require almost no work, you should always start as many as you can so you have rewards, including Hero’s Essence, waiting for you when you come back later.

In the Noble Society located in the Merchants tab at the top left corner of the main game screen, you can earn Hero’s Essence.

Under the Noble Society tab, select Champions of Esperia.

Here you will see a list of rewards you can unlock by collecting Heroic Merit.

You can get even more Hero’s Essence in Champions of Esperia by unlocking the Premium Pass, but even without you will get a lot of Hero’s Essence.

There are a bunch of rewards to earn in the Peaks of Time, including Hero’s Essence.

Peaks of Times consists of puzzle stories full of enemies to defeat and chests to collect.

There are two kinds of chests in the stories in Peaks of Time, regular and rare chests.

One of the rewards regular chests contain is Hero’s Essence, and quite a generous amount relative to the amount you earn from other sources at the same point in the game.

If you’re stuck in a story in the Peaks of Time or your team is dead, go back out to the Peaks of Time lobby, select the story, and click ‘Finish Adventure’. You can then do the same story from the start again.

In AFK Arena, there are usually several active events at any time.

Sometimes, you can get Hero’s Essence from some of these events, but it is, however, far from always.

Therefore, we recommend you check out what events are currently in the game to see if you can get any Hero’s Essence from them.

Be sure to check out both the left-side menu itself on the main idle tab, as well as the events list under ‘Events’, as not all events are listed in the Events tab.

You can also earn some Hero’s Essence from quests in AFK Arena, but not a lot.

No other chests or quests in the game give Hero’s Essence, unfortunately.

To unlock the first chest in the dailies quest tab, you have to collect 20 daily quest points, which you can do by completing and collecting points from two daily quests.

Completing floors in the King’s Tower located inside the Dark Forest is a great way to earn Hero’s Essence.

Every single floor in the King’s Tower gives Hero’s Essence as a reward, so be sure to go there often.

If you haven’t done it in a long time, and your team has become stronger in the meantime, you can quickly sweep through a bunch of floors and thereby get a lot of Hero’s Essence.

If you are currently stuck on a floor in the King’s Tower, then there isn’t much Hero’s Essence for you to earn in here at the moment, unfortunately.

The Arcane Labyrinth, located in the Dark Forest, consists of three floors, each of which requires you to go through tiles of enemies and utility tiles.

At the end of each floor, you will face a boss team.

After clearing this boss team, you can collect and open the floor-chest located right behind the final tile.

This chest contains both Gold and Hero’s Essence.

Some of the voyages in the Voyage of Wonders, including The Ice Field, can give Hero’s Essence in the form of a time-skip item as a reward in chests.

It is, however, not all voyages that have Hero’s Essence in their reward pool.

Therefore, go check out what voyages you can currently do and what rewards they offer.

You can get to the Voyage of Wonders through the Dark Forest in the bottom menu.

Arena of Heroes is the PvP system in AFK Arena, and here you can also earn a small amount of Hero’s Essence.

Every time you win a battle in the Arena of Heroes, you get a reward, which can be Hero’s Essence.

However, even when you do get Hero’s Essence as a reward, it’s only 10, so don’t expect to get a bunch from this source.

You can purchase Hero’s Essence in the Store located in Ranhorn.

Under the general ‘Store’ tab of the Store, you can purchase an amount of Hero’s Essence for Gold every single day.

The amount you can purchase as well as the Gold cost of it, depends on how far into the game you’ve progressed.

We highly recommend you buy this Hero’s Essence daily.

You can also purchase Hero’s Essence in the ‘Labyrinth Store’ tab of the Labyrinth store with Labyrinth Tokens.

After summoning a bunch of heroes, you’ll have a lot of common heroes that you have no use for.

The only thing to do with them is to retire them in the Rickety Cart located in Ranhorn.

When you retire heroes in the Rickety Cart, you get two different resources – Hero Coins and Hero’s Essence.

In AFK Arena, your team passively generates resources, gear, and other useful items, even when you aren’t actively playing the game.

One of the rewards in these idle rewards, known as AFK Rewards, is Hero’s Essence.

Therefore, you should make sure to collect your AFK Rewards before their maximum capacity is reached.

Because you can get Hero’s Essence from AFK Rewards, you can also get it from the Fast Rewards feature that gives you two hours’ worth of AFK Rewards instantly.

You can claim Fast Rewards for free once daily, which you should, of course, do. We don’t recommend spending diamonds to claim additional Fast Rewards.

That’s how to get Hero’s Essence in AFK Arena!

How To Reroll In AFK Arena

AFK Arena – How To Get Hero Coins