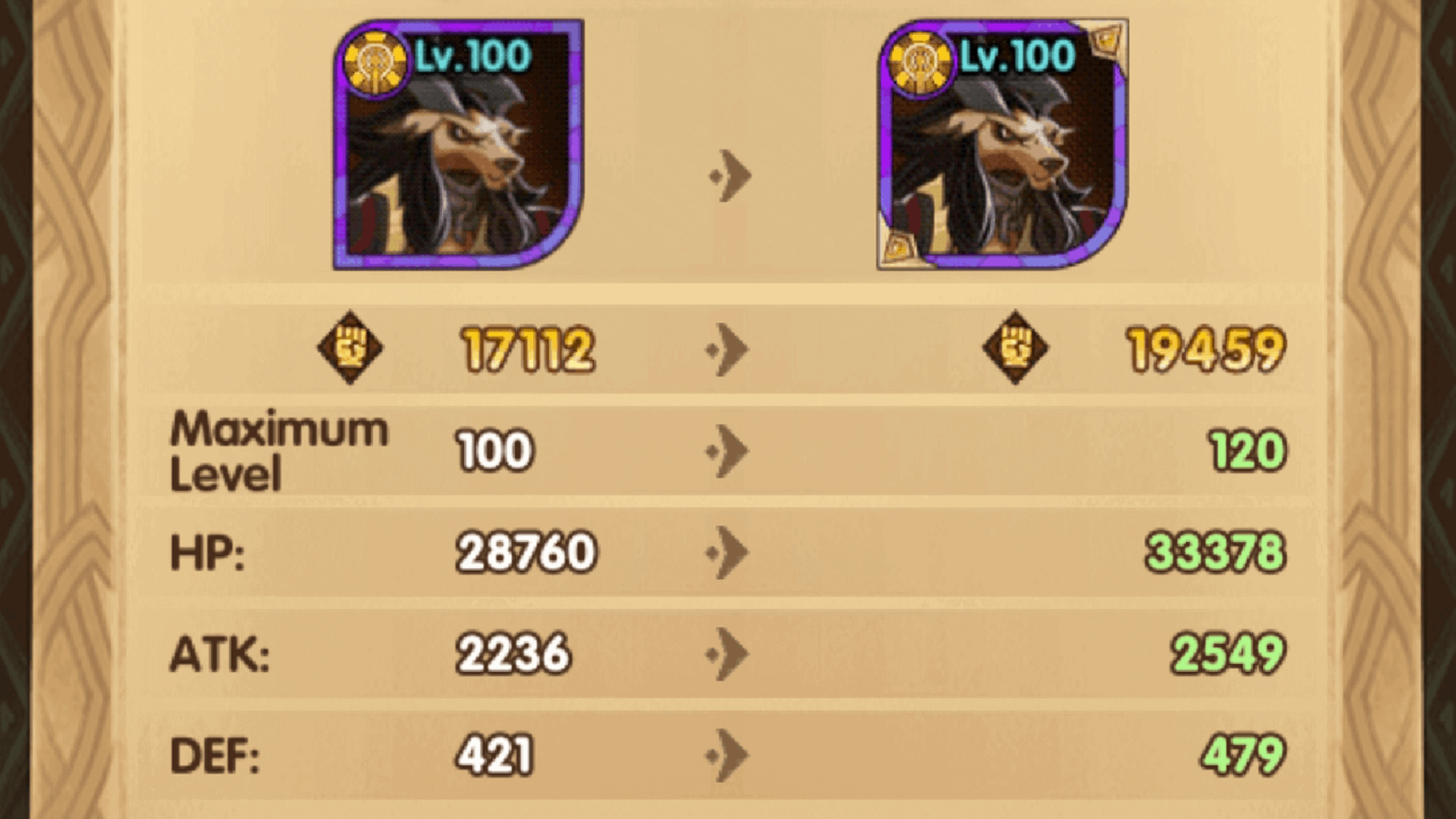 Upgrading your heroes is essential in your quest to beat the campaign in AFK Arena.

There are three main ways to increase the power of your heroes in the game.

In this guide, we’re covering the following three ways to increase your heroes’ power.

The first way to upgrade your heroes’ power is to level them up.

Leveling up heroes cost both gold, hero experience, and at some levels hero’s essence.

To level up a hero, go to the ‘Heroes’ tab and press the hero you wish to level up.

If you have enough gold and hero experience, press ‘Level Up’ and the hero’s level will be increased.

You can hold down the button to level up the selected hero multiple times in a row.

A hero’s level cap is determined by the rarity of the hero.

Once your hero reaches its maximum level, you have to ascend it.

Ascending a hero will increase the maximum level it can reach, allowing you to further increase its power by leveling it up more.

Ascending a hero itself also increases the hero’s power significantly.

To ascend a hero, visit the Temple of Ascension in Ranhorn.

Ascending a hero requires copies of the same hero or heroes from the same faction depending on what rarity the hero is.

Below you’ll find the requirements to ascend a hero at every rarity.

The third way to upgrade your hero is by enhancing its gear.

This is done by sacrificing your other gear or enhancement tokens to raise the enhancement grade of another item.

Learn more about this in our gear enhancement guide.

That’s how to upgrade and rank up heroes in AFK Arena!

How To Retire Heroes – AFK Arena

AFK Arena – How To Enhance Gear