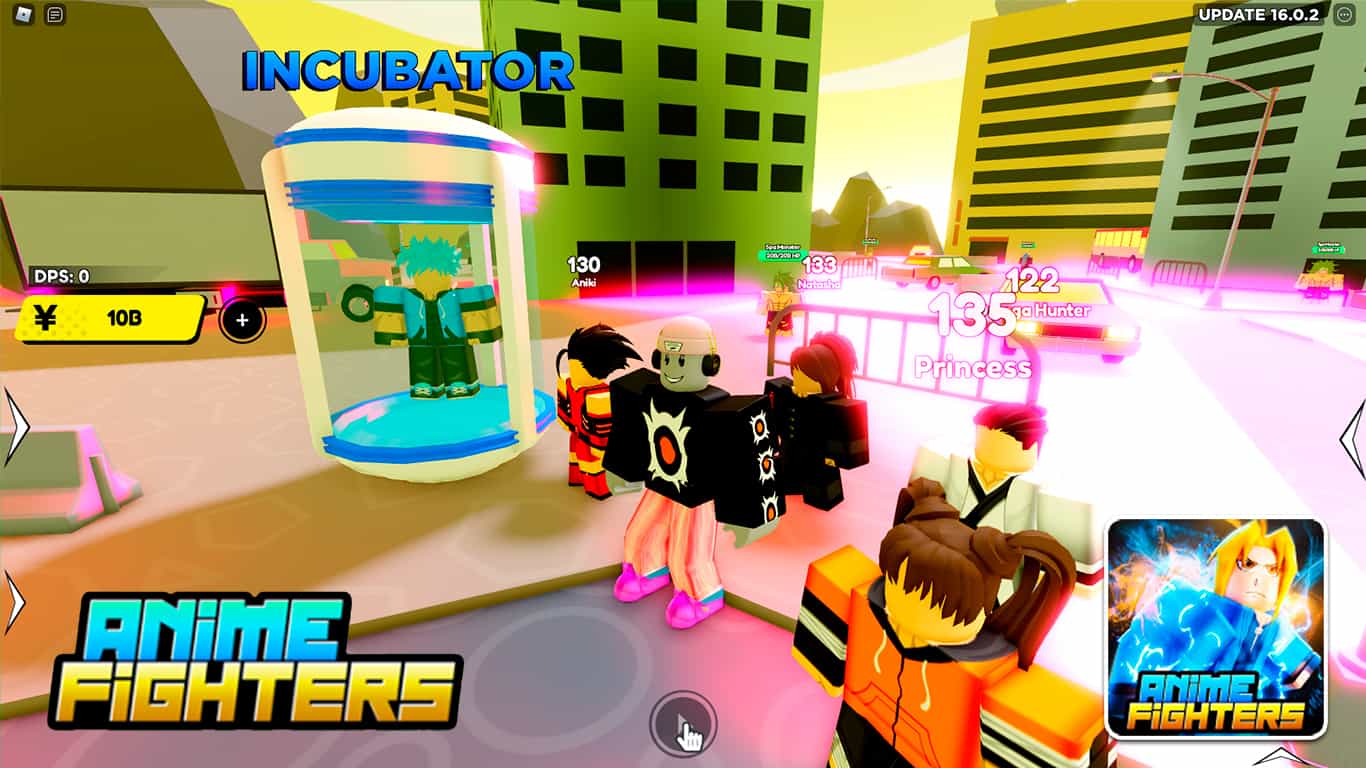 Leveling up characters to increase their damage is at the heart of progressing in Anime Fighters Simulator.

One of the ways that you can level up your fighters in the game is by using the incubator.

Recommended Read: Anime Fighters Simulator – How to Get Shiny Characters

In this guide, we give you all the information you need on the incubator, from how to use it to when it’s a good idea to add fighters to it.

What is the incubator?

The incubator is a machine in Anime Fighters Simulator that you can put characters into to level them up.

Putting a character in the incubator locks it for however many days that you choose.

For every day that a character is locked, it gains one level.

There are currently three incubators in the game. You’ll find one in both Slayer Army, XYZ Metropolis, and Flame City.

You can only add one fighter to an incubator at a time, which means that you can incubate a total of three fighters at a time if you’ve reached Flame City.

Using the incubator is a great way to passively level up characters, especially late-game, where leveling up characters requires tons of XP.

If you wish to do so, you can remove a character from an incubator early, but then it won’t gain any levels, so choose how many days you wish to lock a character wisely.

How to use the incubator

Before you can use an incubator in Anime Fighters Simulator, you need to have reached a world that has one.

To use the incubator, walk up to it and press the ‘E’ key on your keyboard or click it. Click the ‘Pick Fighter’ icon and select the fighter that you wish to incubate.

Lastly, click the ‘?’ icon, type in the number of days that you wish to incubate your fighter, and click the green ‘Incubate’ button.

Your fighter will now be locked in the incubator for however long you chose, and it will gain one level for every day that it is locked.

You can see how much time is left of a fighter’s incubation in the incubator.

It is possible to cancel a character’s incubation early by clicking the red ‘Cancel Incubation’ button, but it will then not gain any levels.

Therefore, we recommend that you only lock a character for as many days as you can go without it.

At earlier points in the game, one level per day is not a lot, as you can quickly level up a character many times in the span of a couple of hours.

However, when you reach a later point in the game, being able to level up a character once every day without doing anything is extremely valuable and important to your progress.

When should you incubate fighters

You should always incubate fighters in Anime Fighters Simulator to maximize your progression rate.

The further into the game that you’ve progressed, the more valuable the incubator becomes.

When you can level up characters many times by playing for a couple of hours, the incubator isn’t as useful.

At a certain point, however, you’ll find that leveling up a character just a single time takes an incredible amount of XP. More than you can acquire in a whole day or however long you usually play in a day.

At this point, you want to start using the incubator to level up your main fighters.

Earlier on in the game, when you can easily level up fighters many times in the time that you play daily, you shouldn’t put your main fighters in the incubator, except for when you aren’t going to be playing for a couple of days, of course.

As leveling becomes tougher, you should start putting one or two of your team’s fighters in the incubator and use one or two weaker characters to farm Yen or do other content in the game while they are being trained.

It all comes down to the question of whether or not you can push your progress faster by having all your best fighters equipped or by having one or two in the incubator and using a weaker team for a while.

If you’ve yet to progress far in the game and can level up any character many times in a short amount of time, you should use your strongest fighters. But at this point, you should still use the incubator, as it’s free, effortless XP.

You can, for example, incubate characters with great passives like collector that you might want to use in the future for farming.

You could also put characters in the incubator that you want to use as fodder for leveling up other characters. But do note that XP gained from the incubator counts for far less when used for fusing than XP gained through fusing.

What characters to incubate

What characters you should incubate depend on your progress in the game.

At the earlier stages of the game, you should not incubate your strongest characters, as you want to use those to progress through the game.

You should only incubate your strongest fighters early on in the game if you know that you won’t be playing for a couple of days.

Note that characters leveled up in the incubator don’t give as much XP when fused into another character as characters leveling up through fusing – more information in the paragraph above.

Later on in the game, you want to start putting your strongest fighters that you need on your team in the incubator.

As it becomes harder and harder to level up fighters, there’ll come a point where the total number of times that you can level up your main fighters in however long you play daily becomes greater when putting one or two in the incubator. Even when it means that you will have to use a weaker team while your strongest fighters are in the incubator.

What happens if you remove a fighter from the incubator early

When you incubate a character in Anime Fighters Simulator, you choose how long you wish to incubate and thereby lock it for.

It is, however, possible to cancel the incubation and remove a fighter from the incubator early.

If you choose to remove a fighter from the incubator early, meaning before its incubation time has passed, the fighter doesn’t gain any levels or XP.

Even if you’ve set the incubation time for a fighter to 7 days and remove it after 5 days have passed, the fighter does not gain 5 levels or any XP.

Therefore, we recommend that you do not set the incubation time for longer than you have to and that you be patient if you find that you actually didn’t need to incubate a character for as long as you chose.

If you put a character into the incubator and change your mind right after, then there is no harm in removing it and adding it or another character to the incubator, as almost no time had passed, and thereby almost no XP was lost.

There are currently two worlds in which you’ll find an incubator:

Each of these worlds features one incubator in the spawn area, meaning that you can incubate three characters at a time when you’ve reached Flame City.

That’s everything that you need to know about the incubator in Anime Fighters Simulator.