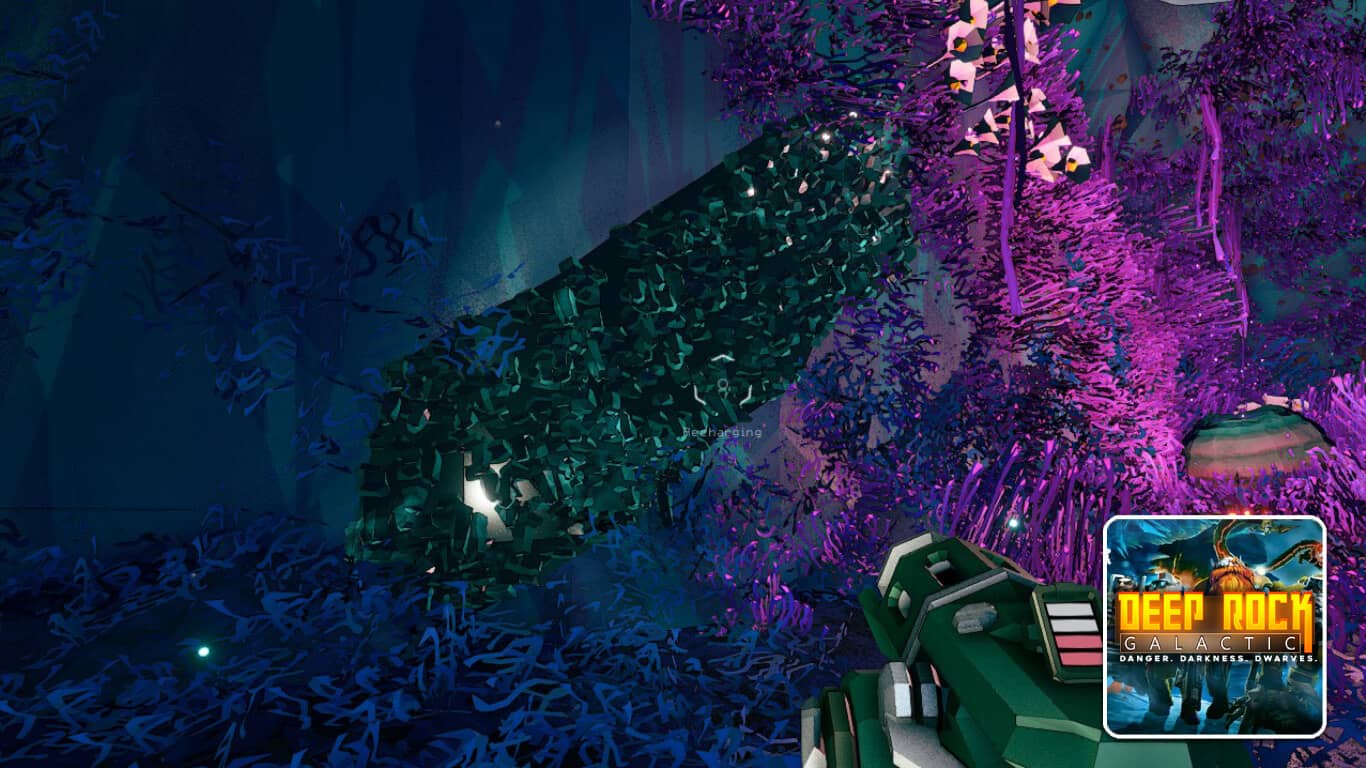 Morkite is one of the essential minerals for the mining company in Deep Rock Galactic.

Whether you have to mine it in the beginner’s mission or the weekly assignments, you may find it’s really hard to see Morkite spawn in the caves of Hoxxes.

That’s why this article will briefly show you where to find Morkite in Deep Rock Galactic.

Recommended Read: What Does Beer do in DRG?

In Deep Rock Galactic, Morkite can only spawn in the tutorial mission, Deep Dives, and Mining Expeditions (mission type). On those missions, Morkite can spawn literally anywhere in the caves. From underground to high up on the ceiling, you have to pay close attention to this dark green mineral since it’s quite easy to miss a Morkite vein.

Where to Find Morkite in Deep Rock Galactic

Morkite is a dark glowing and crystalline mineral that can be found in various locations in Deep Rock Galactic.

It commonly generates in large veins on the walls, floors, and ceilings of the caves. Sometimes, you can find Morkite in a small pocket apart from the main cave.

Morkite can be harvested with a normal pickaxe swing and will play a satisfying sound when mined. Don’t get addicted to it!

When it comes to the Morkite spawn rate, there are 2 definitions you need to know: spawn location, and spawn possibility.

Spawn location is the actual physical place Morkite can spawn. Whether it’s on the ground, on the wall, or even on the high ceiling.

On the other hand, spawn possibility refers to Morkite’s spawn chance on a mission. In Deep Rock Galactic, this chance is either 0% or 100%, depending on the mission type.

With that being said, to find Morkite, you have to play the correct mission first. And below are the 3 mission types in which Morkite will spawn!

This is not actually a mission, and you can’t replay it at all. Unless you’re creating a new save profile.

By the time you first join Deep Rock Galactic, the management will guide you through the first mission, where you have to find and mine 100 units of Morkite.

Simply follow the given instructions to reach through different caves and pay attention to any dark teal mineral. This is the first time you see Morkite!

When you’re done with the tutorial mission, you can now choose and do the mission on your own.

Despite the fact that there are over 7 missions in DRG, only the Mining Expedition mission can contain Morkite.

Depending on the mission length and complexity, you have to mine from 200 and up to 400 Morkite each mission.

In the Mining Expedition mission, Morkite can spawn literally everywhere! Besides walls, floors, and the ceiling, you can expect to find Morkite spawn in a hidden corner or even in the beginning room.

Scout is really useful because of his Flare Gun. One single bullet can lighten up the entire cave and reveal some Morkite veins.

Small tip: If you don’t have a Scout on your team, press the “Ctrl” key on your keyboard to bring up the Laser Pointer. Then start pointing to any dark corners to check for Morkite. If you see a white glowing circle appear or the word “Morkite” in the Laser Pointer, you’ve hit a jackpot!

If you can’t find any Morkite in the early stage of a mission, don’t worry! The deeper you go, the more Morkite you can find.

In fact, there is at least a double amount of the required Morkite that can spawn in a mission. So try to look around before you abandon the mission.

In the Mining Expedition mission, the final room (or the treasure room) always contains a good amount of minerals, including a lot of Morkites. That’s why running straight to the treasure room is also a great strategy!

The final place where you can find Morkite is in deep dives.

In specific, there is a 12.5% chance you can play finding Morkite mission as the primary objective and 20% as the secondary objective.

Moreover, this percentage only happens once per week. So it’s better to find Morkite in normal Mining Expedition missions.

So that’s where to find Morkite in Deep Rock Galactic.

We can’t actually show the exact location to find Morkite since the world of Hoxxes is randomly generated every time you’re on your mission. Instead, trying to light up the caves and looking closely at every corner is the key.