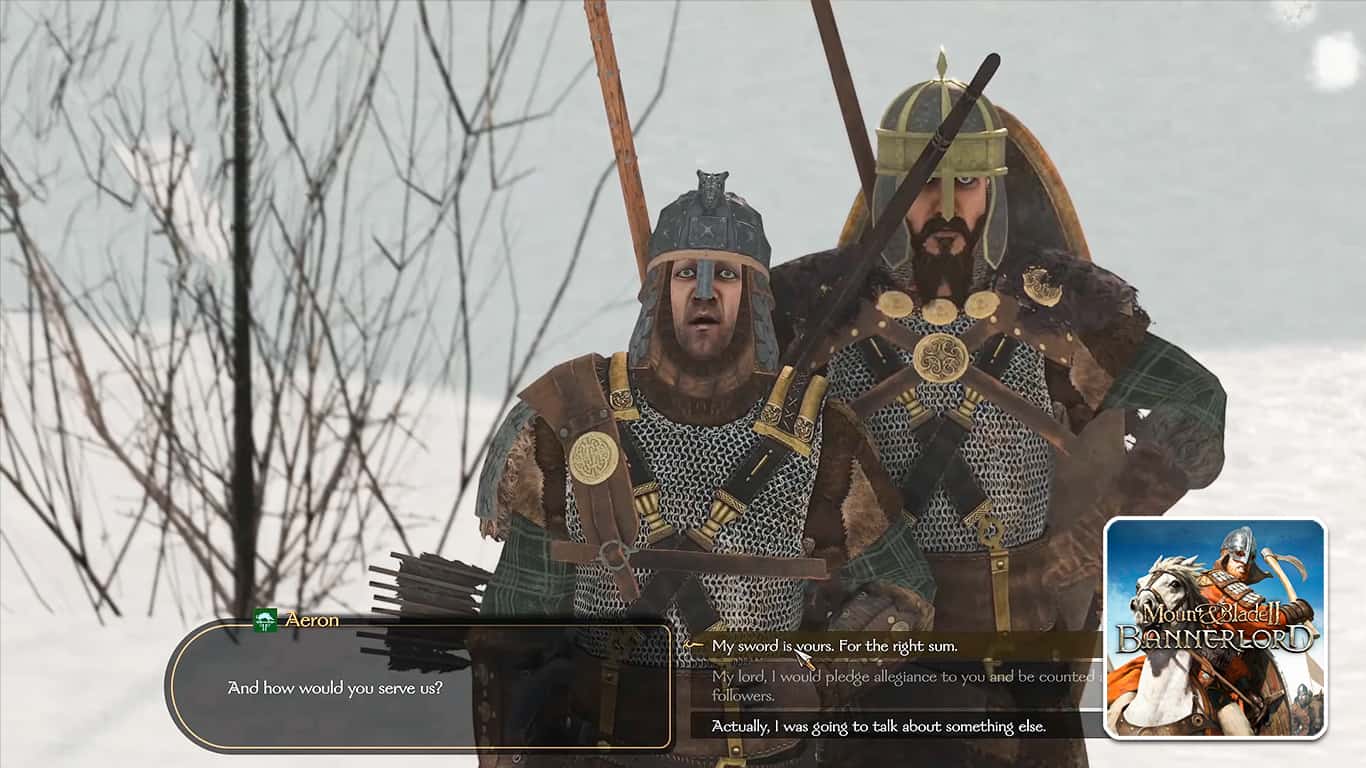 You’re on your way to the top and want to join your favorite kingdom in Mount and Blade 2: Bannerlord.

Luckily, that faction will most likely want you to join them if you have met the basic requirements they ask from every vassal they have.

Recommended Read: How to Become a Mercenary in Bannerlord

Once you join a kingdom in Bannerlord, you can get your own castle, or even town, and get huge armies following you to war.

So here is how you can join your desired kingdom in Mount and Blade 2: Bannerlord and get the most out of the experience.

Joining a Kingdom in Bannerlord

There are two ways you can join a kingdom in Bannerlord:

Joining a kingdom as a mercenary is a temporary choice that will allow you to test the waters and get to know the faction’s lords and ladies.

You should usually aspire to become a vassal for the kingdom you want to join, but turning into a vassal requires a higher clan tier.

If you want to join in as a vassal, you should first increase your clan tier and reach the required tier to become a lord.

So, the best way you can join a kingdom in Bannerlord would be to:

Once you manage to join the kingdom you like, there are many things you can do that you couldn’t do before.

Players that are part of a kingdom can receive fiefs through conquest, can vote on and change the policies of the faction, and even destroy the kingdom with a bit of political maneuvering.

For most of the game, you will be part of a kingdom, so get used to this feeling and prepare for the day you will take over as the king.

That’s everything you need to know about how to join a kingdom in Mount and Blade 2: Bannerlord!