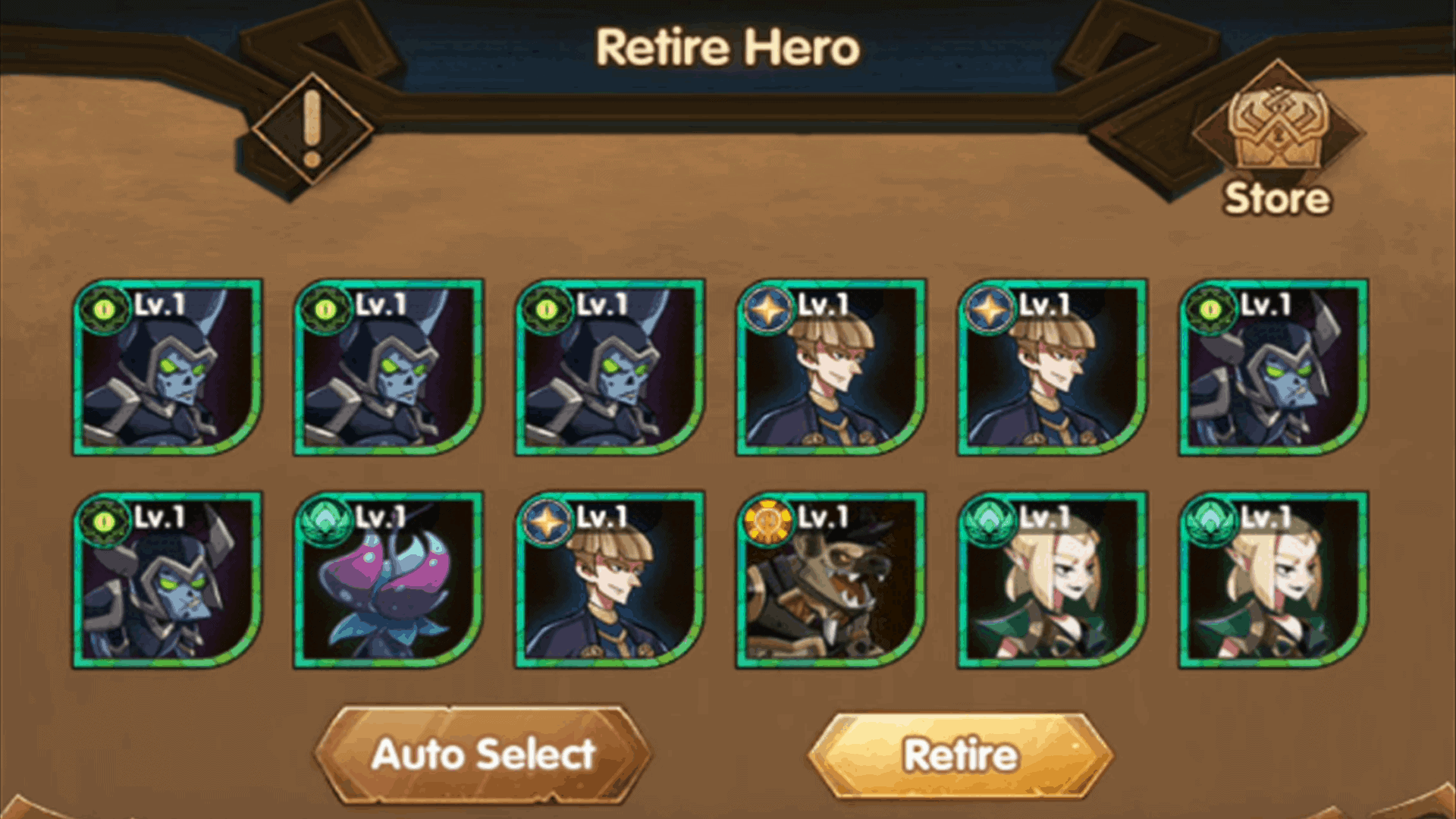 After summoning a bunch of heroes, you will most likely find yourself with a lot of common heroes taking up all your available hero slots.

These common heroes are not viable to use later in the game, making them virtually useless except for in the early game.

Because of this, you probably want to get rid of these heroes.

In this guide, we teach you exactly how to get rid of unwanted heroes, as well as the rewards for doing so.

How to get rid of heroes

To get rid of heroes in AFK Arena, head over to the Ranhorn tab at the bottom of your screen.

Once you’re in Ranhorn, locate the ‘Rickety Cart’.

Recommended Read: AFK Arena – How to Get Companion Points

It is located on the right side towards the bottom of the town.

Go ahead and press ‘Rickety Cart’ in to access it.

Once inside the rickety cart, press the ‘Retire Hero’ tab in the bottom menu.

Here you can see all your common heroes.

Simply tap any hero you wish to get rid of.

Alternatively, you can just press ‘Auto Select’, which will automatically select all your common heroes.

Press ‘Retire’ when you have selected the heroes you wish to retire/get rid of.

Retiring heroes not only clears up space in your hero bag but also gives you hero coins and hero essence.

Hero coins can be spent in the Barracks store.

Hero essence is required to level up heroes when they are about to learn a new spell or about to upgrade a current one.

Unfortunately, you cannot retire heroes of rare-rarity of higher.

However, there is still a way to clear them from your bag.

Head into Ranhorn and enter the Temple of Ascension.

Go ahead and ascend any rare heroes to rare-plus.

Because the requirement for this type of ascension is copies of the same hero, you can safely ascend as many rares to rare-pluses as you want.

You should, however, not mindlessly ascend any rare-plus to elite, as rare-plus are used faction-wide when ascending to elite.

Ascending your spare rares to rare-pluses should clear up plenty of space in your bag.

Here is a video-version of this guide.

That’s everything you need to know about how to get rid of heroes you don’t need in AFK Arena.

How To Upgrade & Rank Up Heroes – AFK Arena

AFK Arena – How To Get Gladiator Coins