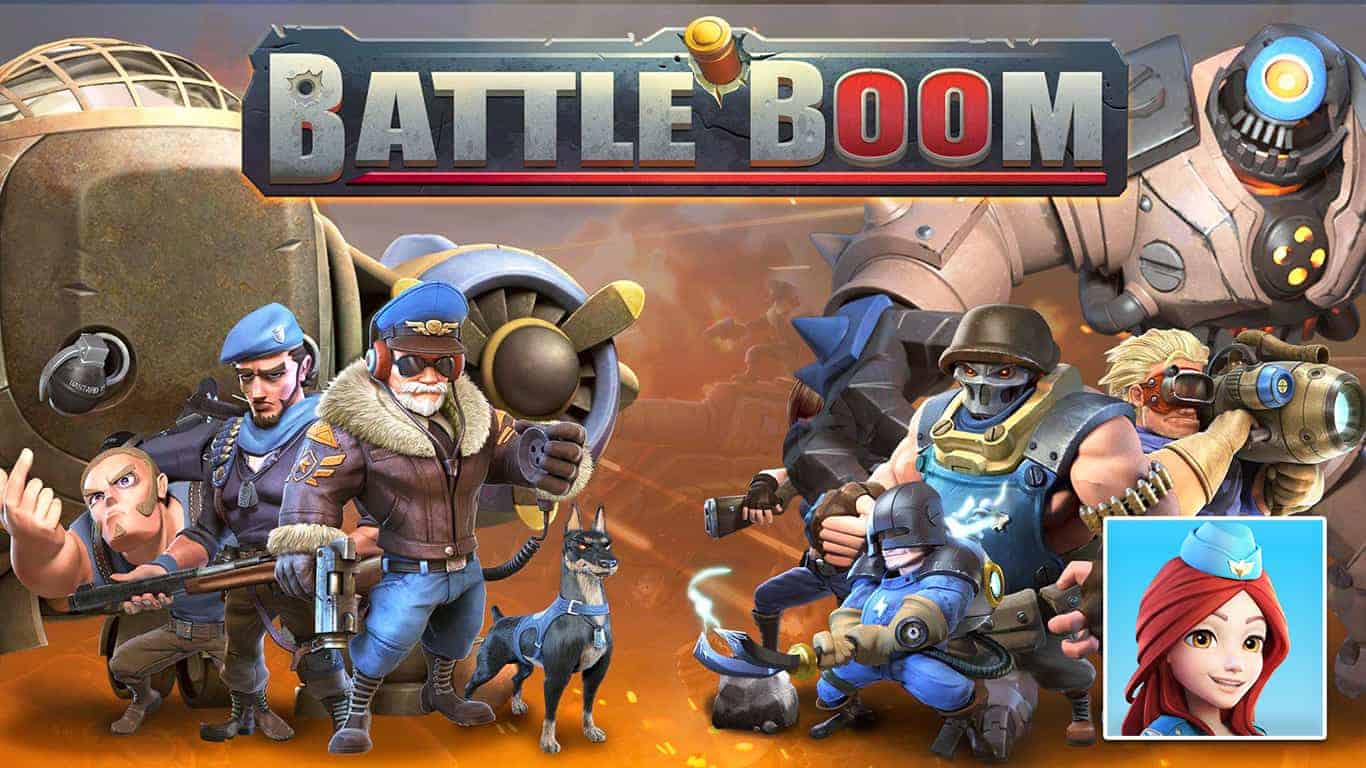 Battle Boom is a real-time strategy mobile game by FourThirtyThree in which you fight against other players 1v1 or 2v2.

You need to be smart with your resources, timing, and choice of units to be successful in the game.

Throughout your journey, you’ll be collecting new units, readjusting your deck, collecting rewards, and completing stages in the campaign.

This guide gives you tips and tricks on how to increase your chances of beating tough opponents in Battle Boom.

The objective of Battle Boom is to defeat other players of the game in a 1v1 or a 2v2 real-time strategy match.

To win a battle, you need to destroy the enemy base before they destroy yours.

At the start of battles, you get to choose four units of a random selection of units in your deck.

Throughout the rest of the battle, you passively regenerate energy, which you can use to summon units you’ve pulled from your current deck of units.

When you summon one of the units you’ve pulled, displayed at the bottom of the screen, that unit will disappear.

Every couple of seconds, you pull a new card from your deck that you can then summon, displayed in the bottom right corner.

If you don’t have any units on the map, you can only summon units right next to your base.

Once you do have units on the field, you can summon units right next to them, so be sure not to lose all your units without summoning new ones during an attack.

Outside of battles, you’ll be gathering new units, upgrading them, assembling new decks, and more.

The game does also feature a campaign, which consists of levels of special missions.

Completing levels in the campaign gives you different useful rewards and resources.

How to get units

As the main part of the game is to fight other players in a real-time strategy battle, you need to collect units.

Having a wide selection of units allows you to make new powerful deck setups and adapt to different types of enemies.

The main way to get units in Battle Boom is by opening chests.

You get chests by playing the game, completing missions, events, etc.

To open a chest, you have to unlock it, which takes anywhere from minutes to hours, depending on the rarity of the chest.

Upon unlocking a chest, you receive resources and items, including unit cards.

If you get cards of units you already have, you can use those to upgrade them.

You can put a new unit you haven’t unlocked before on your deck as soon as you get just a single card of that unit.

You can also purchase unit cards in the shop for gold.

As the shop refreshes once in a while, there are often new cards for you to purchase. You can also refresh the shop yourself if you wish to do so.

Lastly, unit cards can also be obtained from some events, so check out current events in the event tab.

Building a powerful and diversified deck is essential if you wish to beat tough opponents in battle.

We’ve found it necessary to bring the following types of troops.

If you have all these kinds of units on your team, you can usually deal with most opponents.

As you progress farther into the game, you should also consider the synergies between units on your team as well as more advanced setups.

You can put a total of 30 units you’ve unlocked on your deck at once.

To change your deck, you have to complete stage 1-6.

After you’ve done that, you can change it by clicking ‘Deck’ in the left-side menu on the menu screen.

Upgrading your units in Battle Boom is essential to keep up with the increasing difficulty of players and stages.

The only way to increase the stats of your units is by leveling them up.

To level up a unit, go to the main menu, click ‘Units’ on the left side, select a unit, and click ‘Level Up’.

Leveling up a unit costs unit cards of that particular unit. You can see how many copies you need to level up a unit on its icon in the units tab or under its information page.

Check out the previous paragraph on how to get units in this guide to learn how to get more unit cards.

An excellent way to get more resources and items in the game is by completing missions and events.

Missions are quests that require you to carry out specific tasks in return for rewards.

Most missions are simple to complete, for example, win a match, open chests, or reach a specific level.

There are two kinds of quests, daily and growth. Complete both types of missions to maximize the rewards you earn and thereby, your progression rate.

If you complete enough daily quests every day, you get additional rewards, including unit cards.

You don’t have to complete growth quests within a specific timeframe to get additional rewards.

Participating in certain event battles gives you different rewards. Furthermore, some quests ask you to win a certain number of event battles.

Therefore, you should check out the ‘Event’ at the bottom of the main menu for events to do.

That’s our tips and tricks for Battle Boom!

With this guide, you are hopefully better suited for battles and stages in the game.