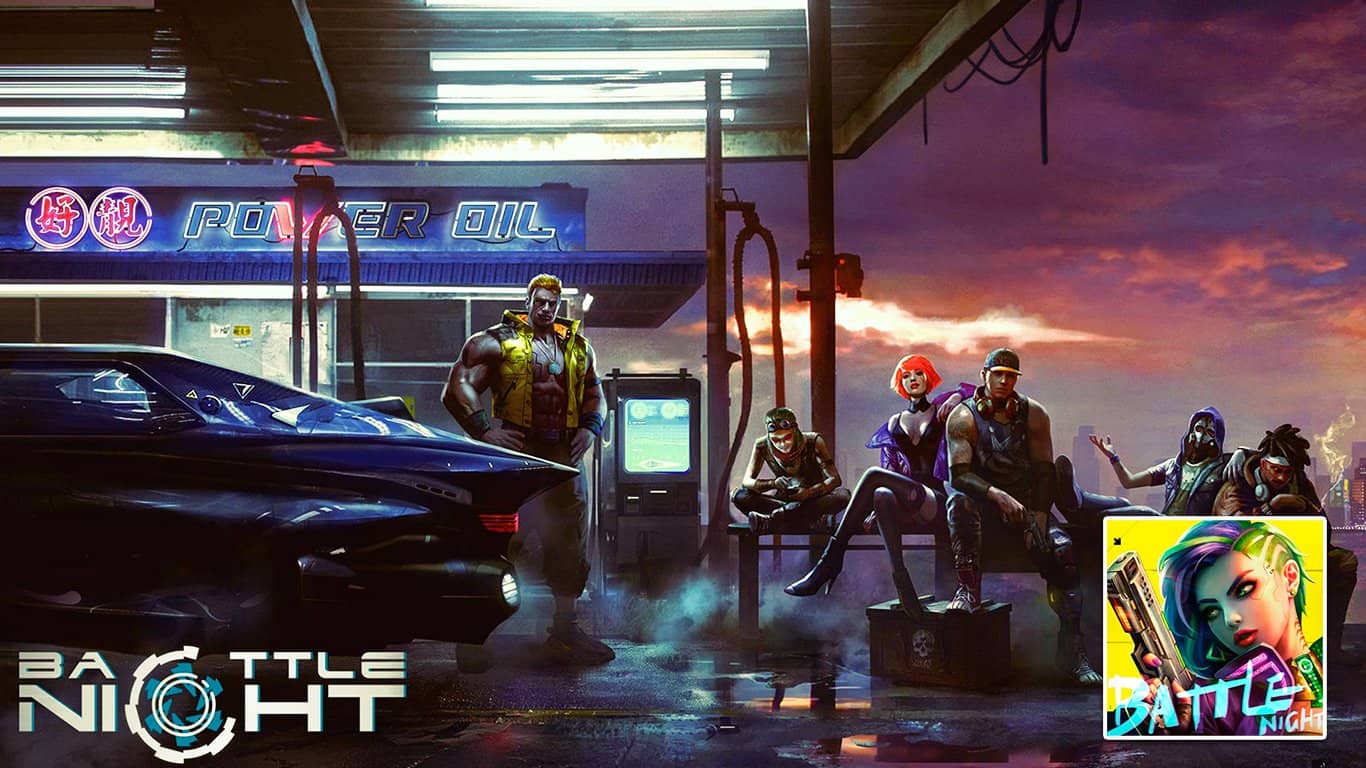 Playing Battle Night on your PC comes with a number of benefits, including better performance, playing on a larger display, and the ability to play multiple accounts at once.

Battle Night: Cyberpunk-Idle RPG is a strategy game in which you build a strong city, gather and train troops, and fight to expand your might and power.

In this guide, we give you all the information you need about how to play Battle Night on your PC.

Here is a quick walkthrough on how to download and play Battle Night on your PC/Computer:

You can find a more detailed step-by-step walkthrough of how to play Battle Night: Cyberpunk on PC below.

You can, however, use other emulators to play Battle Night: Cyberpunk on PC as well.

The first step of playing Battle Night on PC is to go to the official Battle Night download page on Bluestacks.

Alternatively, you can use the ‘Play Battle Night on PC’ button below to get to the download page.

On the homepage of BlueStacks, most of you will see a big Battle Night banner.

For those who don’t see the Battle Night banner on the BlueStacks homepage, just click the game in the bottom menu under ‘Popular Games To Play’ or go to the Play Store, sign in, and then search for Battle Night.

Now that you’re on the Battle Night page on Google Play press the green ‘Install’ button in the top right corner.

When Battle Night has been installed, you can start the game by pressing the ‘Open’ or ‘Play’ button on the Google Play page.

On the homepage, you’ll find all the games you’ve installed on BlueStacks, and this is where you’ll open Battle Night the next time you open BlueStacks.

That’s it! You are now playing Battle Night on your PC!

By playing Battle Night on your PC, you’ll be enjoying a number of benefits.

If you are experiencing lag when playing Battle Night on your PC, it’s most likely not that your computer can’t run the game, but because you haven’t enabled virtualization.

How to play Battle Night on PC Video

Here is a video version of this guide, which shows you step by step how to download and play Battle Night on PC.

That’s how to download and play Battle Night on PC!