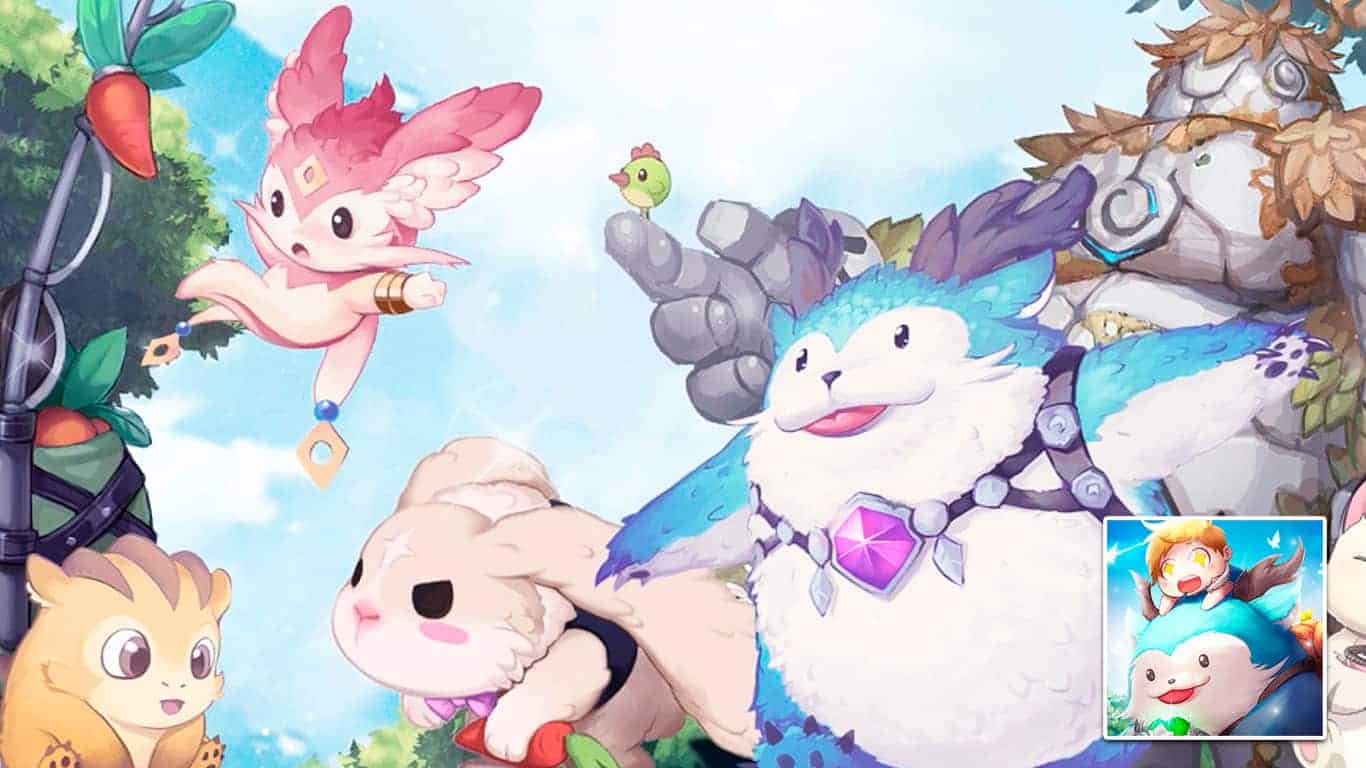 Stella Arcana is a mobile fantasy MMORPG adventure game by LRGame in which you explore a beautiful and unknown world.

Throughout your journey, you will fight monsters, complete quests, join a guild, and fight against other players.

In the game, you can also build a house, raise a cute pet and find gear and clothes for your character.

To help you get a great start, we’ve created this guide that helps you progress in Stella Arcana.

The game is available on both the App Store and Google Play.

Once you start the game, you choose the class of your character, which determines its skills, abilities, and playstyle.

After choosing a class and customizing your character’s look, you will go through the in-game tutorial.

This will get you acquainted with the controls and the game’s story.

Your goal is to explore the fantasy world, set out on adventures, fight monsters, and collect equipment, all to become stronger!

Choosing a class is an important aspect of the game as it will determine your abilities and skills and your playstyle throughout the game.

Therefore, we recommend you read about each class and what their attributes are before you pick.

A close combat class that specializes in melee attacks and high burst damage. Nemesis of DPS class heroes, but weak against close combat ones, like warriors who have high defenses.

With this class, you won’t have any trouble going against ranged enemies due to your fast agility and high crit damage.

It can, however, be difficult to master this class.

A class that deals little damage in comparison to others as buffing and healing yourself and your allies is the primary focus of this class.

The healer class is one of the most important ones in group battles because good support will significantly impact your team’s performance and survivability.

If you choose this class, you will have to team up way more with other players due to low soloing capabilities.

Even though this class is fairly straightforward to play, new players might not enjoy this class that much if they aren’t familiar with the concept of support characters.

If you are, and like the playstyle, then this is a great choice for you.

The Eleven Archer class specializes in dealing high burst damage from a distance.

This class is weak in close combat but is one of the easiest to play due to it being ranged and having great damage.

Its mobility will aid you in keeping your distance from your foes.

If you like to burst enemies while keeping a tactical distance, then this class is for you.

A ranged hero who specializes in dealing AoE damage.

Rune Mages are also not the strongest in close combat but outshines other classes when it comes to mobbing and crowd control.

Mages are similar to the archer class in that they attack from afar, but their attacking style is quite different.

Mages are a solid, well-rounded class for new players to choose.

They have the strongest defensive stats in the game and counter assassins.

This class can also act as a tank by taking aggro from mobs to protect allies.

Due to high armor and stamina, they can last long in battles and prolong them.

Classes with high defenses, and in this case also great damage, are always are a solid choice for new players.

Sprites are battle companions, aka pets, that you hatch from eggs you receive or find. Sprites aid you in your adventures.

There are a total of three sprite types in Stella Arcana:

Battle pets, as the name suggests, are used by the player to gain battle prowess by increasing their owner’s attribute bonuses.

Once they are deployed, you can also use pet-exclusive abilities in fights.

After level 70, sprites get a personality. Their quality affects how strong their personality will be.

Mount category sprites increase your movement speed, allowing you to travel around faster.

To unlock the mini pet function, you have to reach level 30.

You can also free your sprites in the game to earn rewards.

Freeing battle pets gives you an egg to hatch as well as resources. Freeing mounts and minis gives you silver.

Therefore, you shouldn’t free mounts or minis unless you are desperate for silver.

Also, don’t forget to play with your pet to increase EXP!

As in any other game, resources and loot can be obtained through completing quests, world explorations, fighting mobs, defeating boss fights, and of course, PVP battles.

Resources are essential to keep progressing in the game, so be sure to gather some through the above-listed methods.

You need resources to level up your skills, equip armor for more stat boosts, use soul stones for more power-ups.

Joining a guild will unlock access to guild-exclusive quests and help from allies, which means more opportunities to gain resources.

You are now ready to take on the world of Stella Arcana.