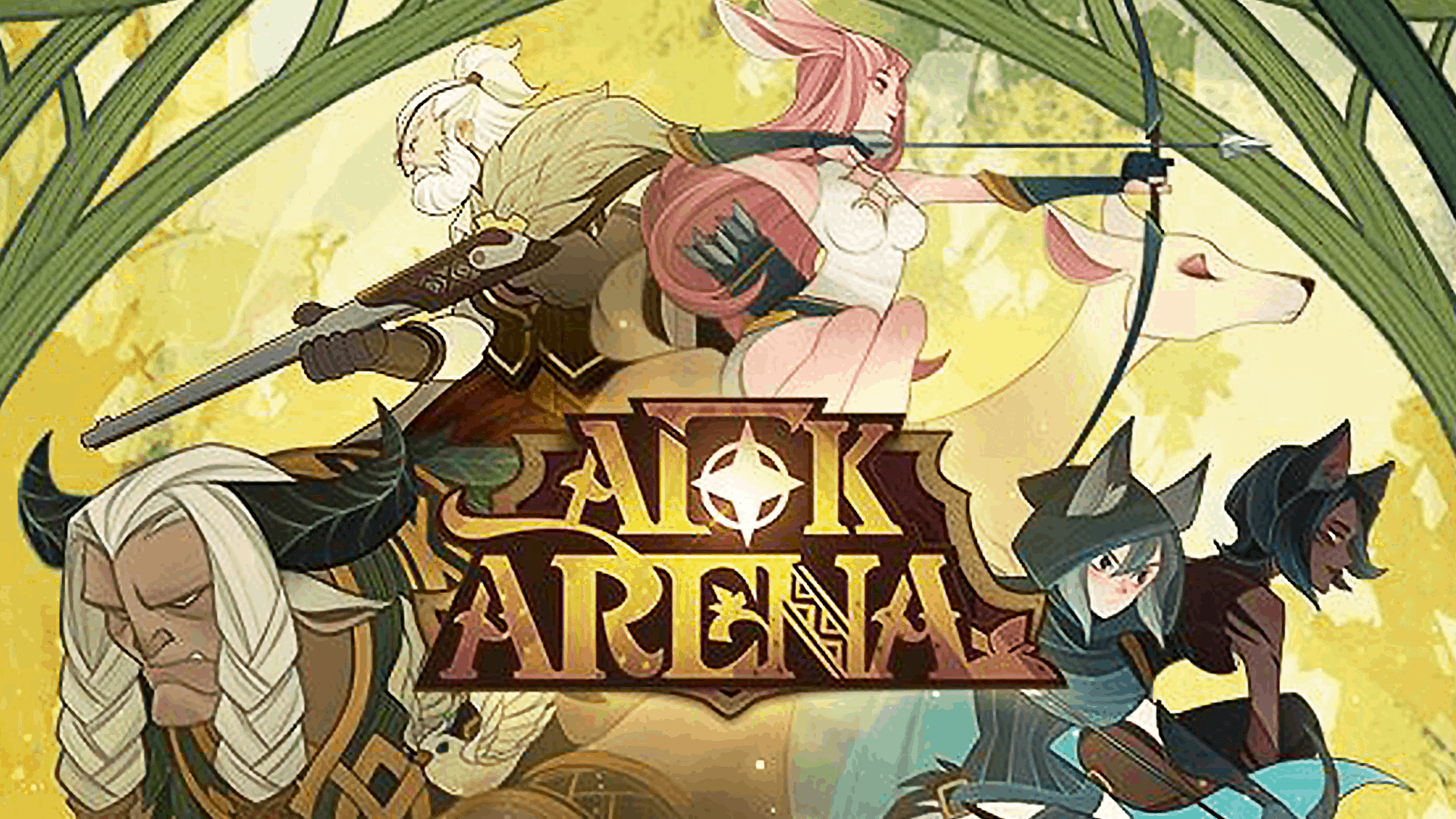 AFK Arena is an idle RPG mobile game made by Lilith Games.

The objective of this game is to assemble a team of 5 heroes and beat levels of enemies.

AFK Arena is a gacha-style game with a summon hero feature that allows you to spawn a random new hero.

This guide aims to give players of the game tips, tricks, and strategies to help them in their quest to progress through the game.

The following topics are covered in this guide.

Daily tasks to do

If you wish to progress as fast as possible in the game, there are a couple of things you should do every day in the game.

We strongly recommend you complete daily quests until you have a total of 100 activity points each day.

This allows you to collect every single reward chest daily, which all contain useful items such as diamonds and hero scrolls.

Likewise, we also recommend you gather 100 activity points from weekly quests each week in order to unlock all weekly reward chests.

Every single day, you can challenge Wrizz in the ‘team hunting’ section of the guild building.

If your guild has Soren unlocked, you can challenge him as well.

Depending on your VIP rank, you can challenges these bosses multiple times per day.

We recommend you do these bosses as many times as you can daily, as they provide guild coins, gold, gear, and diamonds.

Arena of Heroes is the PvP system in AFK Arena.

Here you are able to challenge other players’ teams and climb your way through the server-wide ladder.

You’ll receive free entrances to the Arena of Heroes daily, which we recommend you use.

Not only do you receive daily diamonds based on your rank on the ladder, but collecting ladder points is also required to complete certain campaign missions.

These missions give a ton of diamonds and arena entrance tickets.

As AFK Arena is an idle game, you automatically gather resources, gear, and more while you don’t play the game.

Even though you gather resources automatically, you still have to collect them manually.

Furthermore, your AFK reward chest can only hold up to 12 hours’ worth of resources at a time.

Therefore, you should open the game and collect them at least every 12 hours if you wish to get the maximum amount per day.

Besides the AFK reward chest, you should also use your daily free fast reward, which gives you 120 minutes worth of resources instant.

The Bounty Board inside the Dark Forest offers a bunch of bounty missions every single day.

Completing these missions grants you rewards such as soulstone, gold, diamonds, and more.

All you have to do to complete these missions is to assign the right amount of heroes that meet the rarity and faction requirements.

Once a mission is started, you don’t have to do anything else than collect the reward once the mission is completed by your heroes.

Arcane Labyrinth is another location within the Dark Forest that is time-based.

Every 48 hours the Arcane Labyrinth resets allowing you to gather rewards again.

Therefore, you should aim to clear all three floors or as much of it as you can before every reset.

The objective of the Arcane Labyrinth is to win battles and progress through 3 floors in the labyrinth.

You are rewarded with labyrinth tokens and other useful items for each battle you win, which makes Arcane Labyrinth one of the best things to do.

Not all players know this, but every day you can claim a free gift of 20 diamonds and 2 pieces of elite soulstone.

This definitely adds up if you claim it every day, which is why we recommend you do so.

To claim the gift, go to the ‘Gift Set’ tab, then press ‘Gift Set’ again in the bottom menu.

From here, choose ‘Daily Gift Set’, and you will see a deal of 20 diamonds and 2 pieces of elite soulstone for free, which you can claim daily.

If you wish to progress as fast as possible, you should spend your resources wisely.

This means you should not level up a ton of different heroes.

Instead, you should focus all your resources on 5 select heroes you wish to be your main team.

If you need other heroes for a specific battle or anything similar, you can you the Resonating Crystal in Ranhorn.

Here you can place heroes, and they will automatically be brought to the level of your 5th highest leveled hero.

Another wise thing to do with your resources is to buy Hero’s Essence from the Guild Daily in the Store in Ranhorn.

Later on in the game, Hero’s Essence becomes a scarce resource, so start stocking up on it early.

Each hero in AFK Arena has a maximum rarity.

A hero’s rarity is an indicator of how strong that hero is compared to heroes of lower rarity.

Furthermore, a hero’s rarity also determines the maximum level that a particular hero can reach.

Even though you can ascend heroes to increase this maximum level, not all heroes can reach the same level of rarity through ascension.

This means heroes will never be able to reach more than level 100 if their maximum rarity is common.

Check out the rarity of a specific hero in our all heroes list.

To ascend a hero to a new rarity, visit The Temple of Ascension in Ranhorn.

Here you’ll need copies of the same hero or same faction depending on the current rarity of the hero you are ascending.

Learn more about each ascension’s requirements in our guide on how to upgrade heroes.

There are several factors to keep in mind when creating your team in AFK Arena.

Firstly, you need to consider the roles each hero fills on your team.

Usually, you want two tanks or tanky heroes in the two frontline positions.

On the three backline positions, there are several things you can do.

An excellent composition we recommend is one support, one damage dealer, and one crowd-control hero.

As mentioned, there are several ways to build your backline.

Some go for 2 supports, some 2 damage dealers, and so on.

Another thing to keep in mind when building your team is the faction advantages system.

Besides factions dealing more damage to a specific faction, your entire team receives a percentage HP and Attack boost based on the faction setup of your team.

Learn more about this in our faction advantages guide.

Even though most heroes in the game that can reach the ascended tier are useful on a team, there are a few heroes that just are more powerful and better at their role than others.

Therefore, we’ve made a guide on the best heroes in the game.

We don’t recommend you blindly follow this list when creating your team, but it definitely is a great tool to be led in the right direction.

As soon as you start playing the game, you should start using the Friends system.

You’ll find it under the ‘Friends’ tab in the bottom menu.

Every single day players can send companion points to their friends every day.

You can send a total of 30 companion points a day and collect a total of 20.

At the Noble Tavern, you can exchange 10 companion points for a new hero, making the Friends system extremely useful.

To easily acquire new friends, go to the global chat and simply write “add me” and/or add other people writing the same thing.

By doing this you’ll quickly fill your friend list and start getting companion points daily.

By having an active friend list and getting 20 companion points a day, you’ll get a total of 14 new heroes every single week for free, without doing any work.

Inside the Library in Ranhorn, players can activate so-called Unions.

Unions are faction-based sets of heroes that boost your entire team.

Each union has three tiers of stat boosts called union attributes that can be unlocked by meeting certain criteria.

The first union attribute is simply unlocked by putting the specified number of heroes into the union.

You unlock the second union attribute by having only heroes of elite+ rarity or higher within that union.

Likewise, the third attribute is unlocked by having only heroes of legendary+ rarity or higher.

Unlocking the second and third attributes will greatly increase the power of your team with boosts such as 10% ATK, +250 Attack, and +15 Crit.

Besides your own heroes, you are also able to put allied mercenaries into your unions.

Each guild member can choose five of their own heroes to be mercenaries for their guild, so other members can use them on missions and in unions.

Therefore, joining a guild with high-level players will help you get good union attributes.

Two things that are really great to do in order to progress faster are Peaks of Time and King’s Tower.

Both of these located reside within the Dark Forest.

The objective of King’s Tower is to clear floors by winning battles.

Each battle is one floor. Every time you win a battle, you receive a bunch of great rewards including soulstone and diamonds.

Peaks of Time is similar to the Arcane Labyrinth in that you move through platforms to clear objectives.

There are several stories inside the Peaks of Time filled with great rewards including epic enhancement tokens and factions scrolls.

Both of these locations do not reset, which means there is no rush to complete them.

However, because the rewards are so great, we recommend you do them from time to time.

Both of them become increasingly difficult depending on how far into them you get.

You are now ready to take on the world of AFK Arena!

AFK Arena – How To Get New Heroes

AFK Arena – How To Get Hero’s Essence